SOC's emphasis is on trips, so you will see a lot of our members in river-running boats of one sort or another. There's a lot of creek boats (Burns, H3s, H2s and Mambas seem popular) and a few cross-over boats (Ammo, Inazone and Dagger GTX/GTS, for example), as well as various older boats. A few people have playboats for rivers that suit them, and you will see these featuring in photos on many of the "previous river trips" photos. Some people are good enough to do some quite serious rivers in playboats (see, for instance, quite a few of our photos on the Upper Tees page), and most of the members who have been paddling for a while will stop and play on waves in the course of a river trip, even those in creek boats !

Playboats are optimised for manoeuvrability rather than survival on big drops (though they can be very good on large volume rivers like the White Nile!). They are typically short with a large planing area on the bottom of the hull, lots of rocker at the ends, and some hard edges to carve turns. You have to have volume somewhere - simply so they will float, so this tends to be concentrated centrally round the cockpit, leaving the bow and stern with very low volume to slice through the water during vertical moves. Both ends are turned up, to avoid those vertical moves happening unintentionally by catching the ends in the fast water. 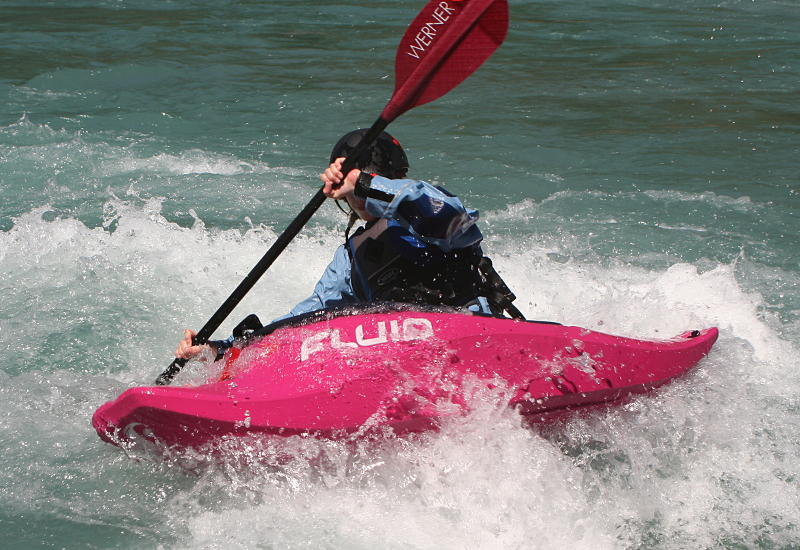 Playboats tend to come in hot colours - this shot shows the hull shape better than most shots showing what they do!

Most people play on waves, but playboats enable you to take this to extremes and are therefore more fun. Extreme pleasure does need a bit of technique, though, so playboats tend to be fairly demanding on your skills and require good edging, balance, dynamic awareness of the water, and usually, a bombproof roll ! Equally, playboating will push your abilities and give you skills that may be just what you need to push the limits in bigger boats on harder rivers. 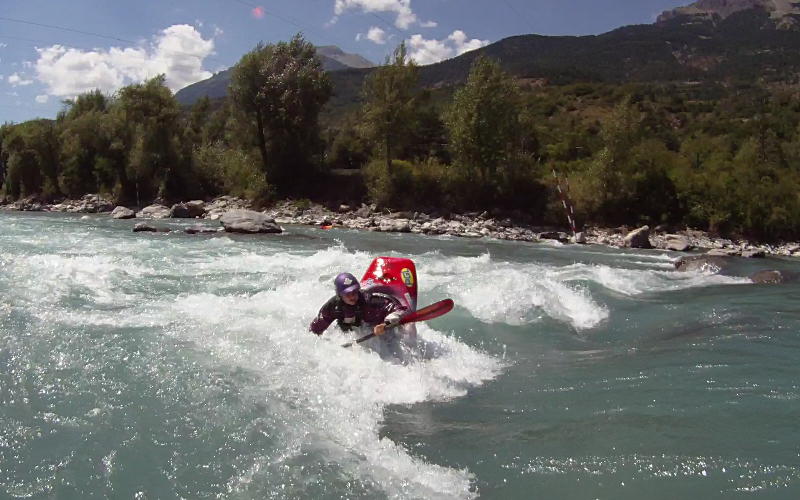 There are just a few people who would like more of an emphasis on park-and-play and doing trips specifically aimed at playing on the way, so the club would benefit from a few more people of like mind, then we could start adding trips to the programme with precisely this sort of game in mind. If you are one of those people, please put your name down to run a trip or two to suitable venues and maybe you'll get more of us into this aspect of the sport. 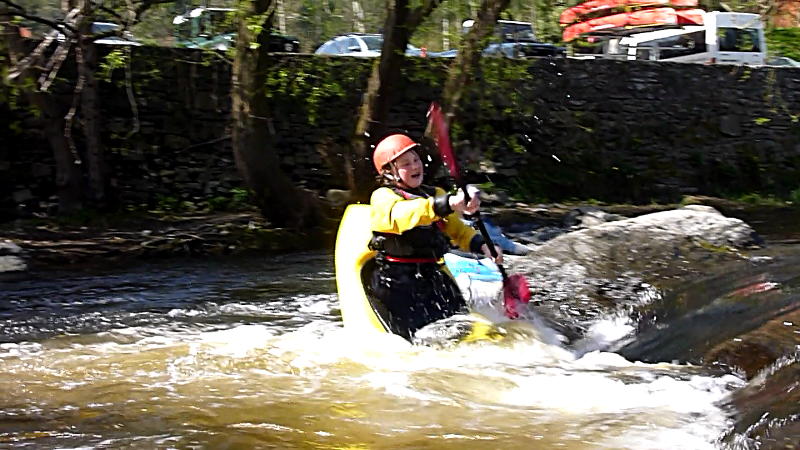 Playing in a pourover on the Dee at Llangollen