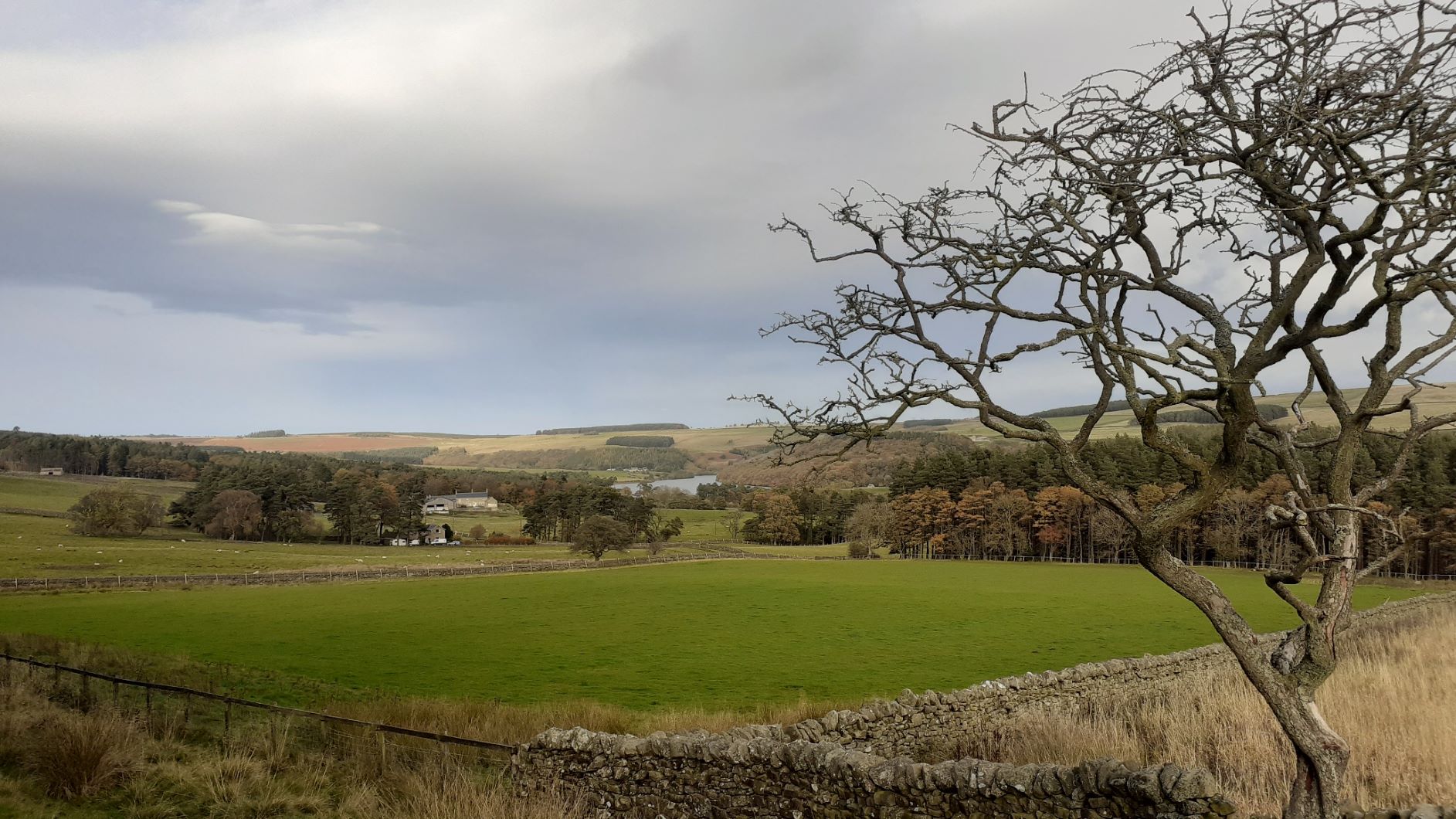 A Weekend in Weardale

I realise that we have been conspicuous by our absence since the lockdown, so I thought it was time I contributed something to the Section this year, if only in the form of a walk (or walks) report.

The fact is that, unfortunately, the current booking ahead system doesn’t suit us as it restricts our ability to get away in the motorhome at short notice, which we have been allowed to do since things were relaxed in July.  Since then we have had short breaks in The Peak District, Northumberland, the Solway Coast (Dumfriesshire and Cumbria), Northumberland, Scarborough, Crosby Ravensworth, Rhos-on-Sea, Whitby, Ravenglass and most recently in Wolsingham, Weardale over the weekend of 23-25 Oct.

Of course every trip has included walking and usually cycling as well.  In Wolsingham, we met up with the Kassells and the Wilkinsons at the Robsons’ caravan/motorhome site.  With her usual efficiency, Pat had planned two approx. 7 mile walks for each of the two days.  On Saturday, an excellent walk heading North from the town up the East side of the Waskerley Beck Valley then a pleasant circuit of Tunstall Reservoir with a lunch stop at picnic tables conveniently located next to the fishing lodge and boat station.  We returned on the West side through fields and woodland seeing lots of fungi, including more fly agarics (the bright red one with the spots) than I’ve ever seen before.  I picked some fungi that I thought were chanterelles (very good to eat) but, when I checked in my book back at the motorhome, I found that they weren’t an edible species.  For those who might be interested in these things, they were in fact Clitocybe flaccida.

On Sunday, we headed down the Weardale Way path along the river and beside the currently closed Weardale railway, bumping into an angler who had just caught a salmon.  Then up though forestry tracks and out on to moorland to the trig point on Knitsley Fell where we had fine all round views.  Coming down we had a sharp shower, giving us the bonus of a spectacular full semi-circular rainbow.  My photo doesn’t do it justice as a post and power line spoilt an earlier better view of the complete “bow”.

In fact this and another odd shower and a bit of drizzle was all the forecast poor weather came to, so a great weekend all round.