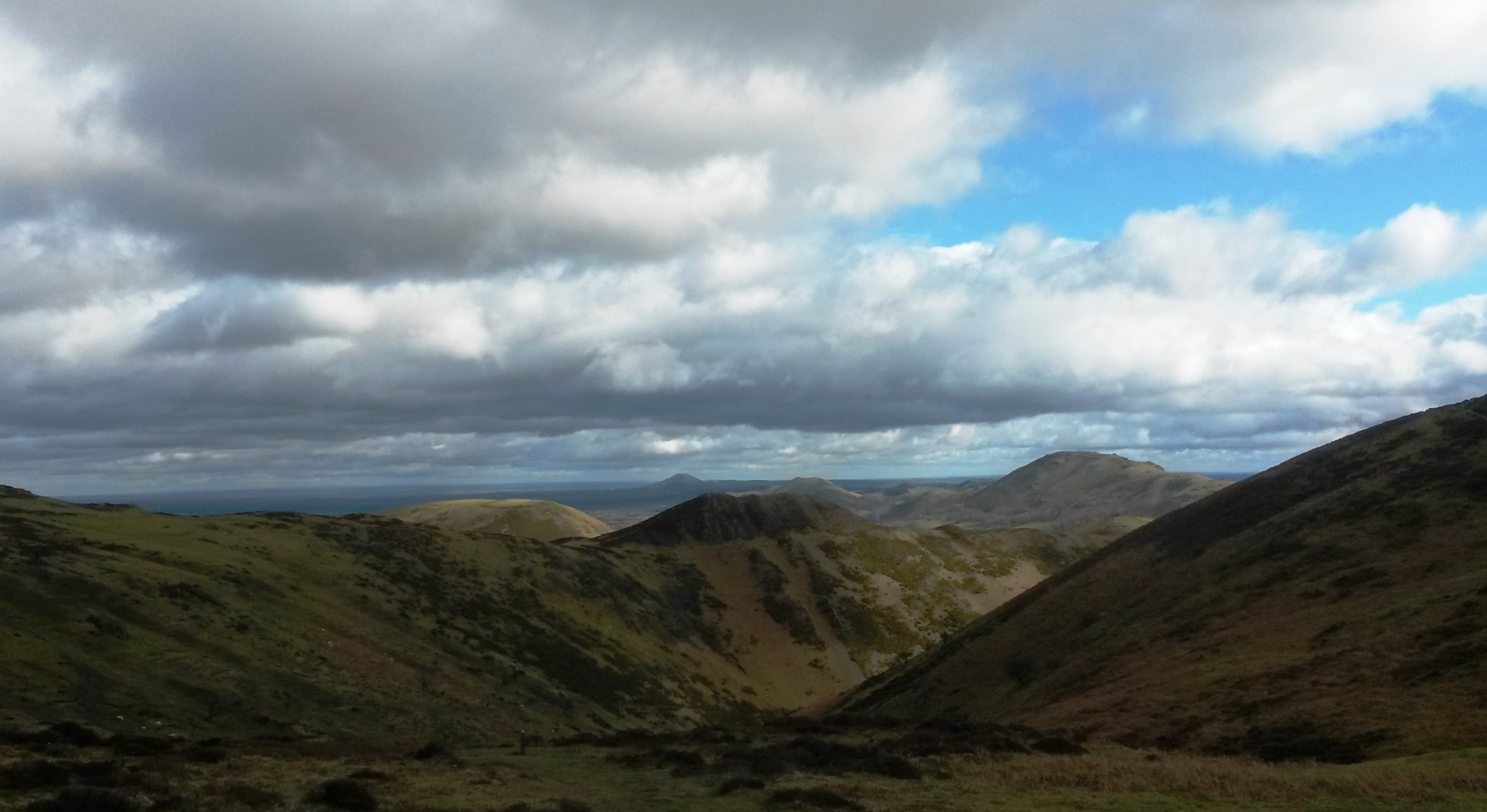 Just into the New Year, I finally committed to getting back to walking with SOC by volunteering to help Ann Luxmoore by leading a second group on her walk on 7 Jan.  Of course, as soon as I did so, Boris put an immediate stop to such activities with the start of the current lock-down.  So, unable to write a report on a walk which didn’t take place, instead here’s the second episode of my reports on our HF holiday breaks just before the first lock-down last March:

Following on from my piece on our Lakes break in the first week of March last year, the very next week we were back on another self-guided HF break, this time at Long Mynd House at Church Stretton in the Shropshire Hills.  We had put our names on the reserve list for this fully-booked break months before and then forgot all about it until, just before we went to Derwent Bank, we got a phone call from HF to see if we were still interested.  So off we went.

The Shropshire Hills is a lovely walking area, with Long Mynd, a famous 500m high long broad ridge just above and North West the town.  All the talk among the guests was of this new virus and whether it would come to anything.  Little did we know!

On the first full day we set off to walk up to the highest point of the Long Mynd (known as Pole Bank) via the picturesque Carding Mill valley and then beside a stream along a narrow gorge.  However, in the end, once we left the shelter of the gorge and crested the ridge, we retreated as it was all we could do to just stand up in the face of the wind.  Got back to hear that Italy had gone into lock-down.

Managed to get to the top of Pole Bank the next day with views as far as the Brecon Beacons and Cader Idris.  Then ended up finding how steep some of the side valleys are after deciding to try a different route back.

We had a snowstorm during breakfast the next day, 12 Mar (Now 600 confirmed cases in the UK. Ireland closes all schools).  As we were only about a 40min drive from Ironbridge, we went there for a day trip. Some attractions were still closed after the recent severe floods in the Severn valley, but you’d need more than one day to see it all anyway, so well worth the visit.

The weather was generally cloudy and dull, so not many decent photos on this trip, so here’s a poem instead.  Some context first: one of the bits of self-entertainment set, for guests, by the HF staff was to write an acrostic poem around the theme of LONG MYND.  No, I didn’t know what an acrostic poem was either. Anyway; an acrostic poem is one in which the first letter of each line spells out a word.  This is what I came up with:

On high, joined by the feathered minstrel’s song

Now, softly as you go, lest harm the gentle sky lark’s nest

Going against the wind to high Pole Bank ere long

Yet again - or East to Caer Caradoc?  There’s the rub

No. This biting wind doth chill my bones – so:

Down it is to Little Stretton and the pub!

By way of explanation: Stiperstones and Caer Caradoc are other prominent ridges parallel to and either side of Long Mynd, and Little Stretton is a small village South of the larger town of Church Stretton.

Note to Editor: No payment was received from HF Holidays for writing these articles (though I’m open to offers).