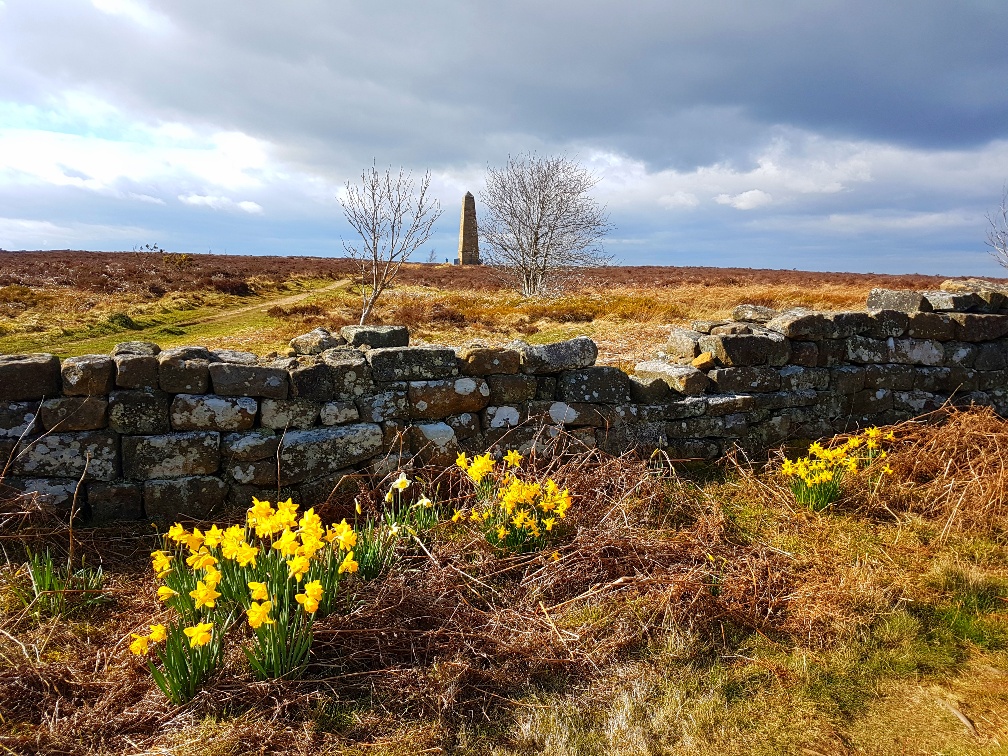 9 walkers, plus 2 dogs, met at Fletchers Farm café, Little Ayton, a change from the original Kildale starting point, owing to parking issues. It was a little on the parky side, but there was bright sunshine and blue skies. Len and Joan set off on their own shorter route, whilst the rest proceeded in the direction of Cliff Ridge Wood and Roseberry Topping. Judith took advantage of the photo opportunity, afforded by a carefully positioned rusty steel picture frame (these days apparently called a 'selfie' frame!).

We paused for coffee at the 'shooting lodge', before climbing to the summit of Roseberry. The latter was rather like the first day of the Xmas sales in respect of crowds, but happily the remainder of the route was relatively peaceful.

A sheltered spot was found for lunch, before heading over to Captain Cook's Monument.The strength of the wind there meant we paused only briefly, prior to decending steeply back to Little Ayton. On our descent we fortuitously bumped into Len and Joan and concluded with refreshments in the café. All in all, a very pleasant walk in great company.