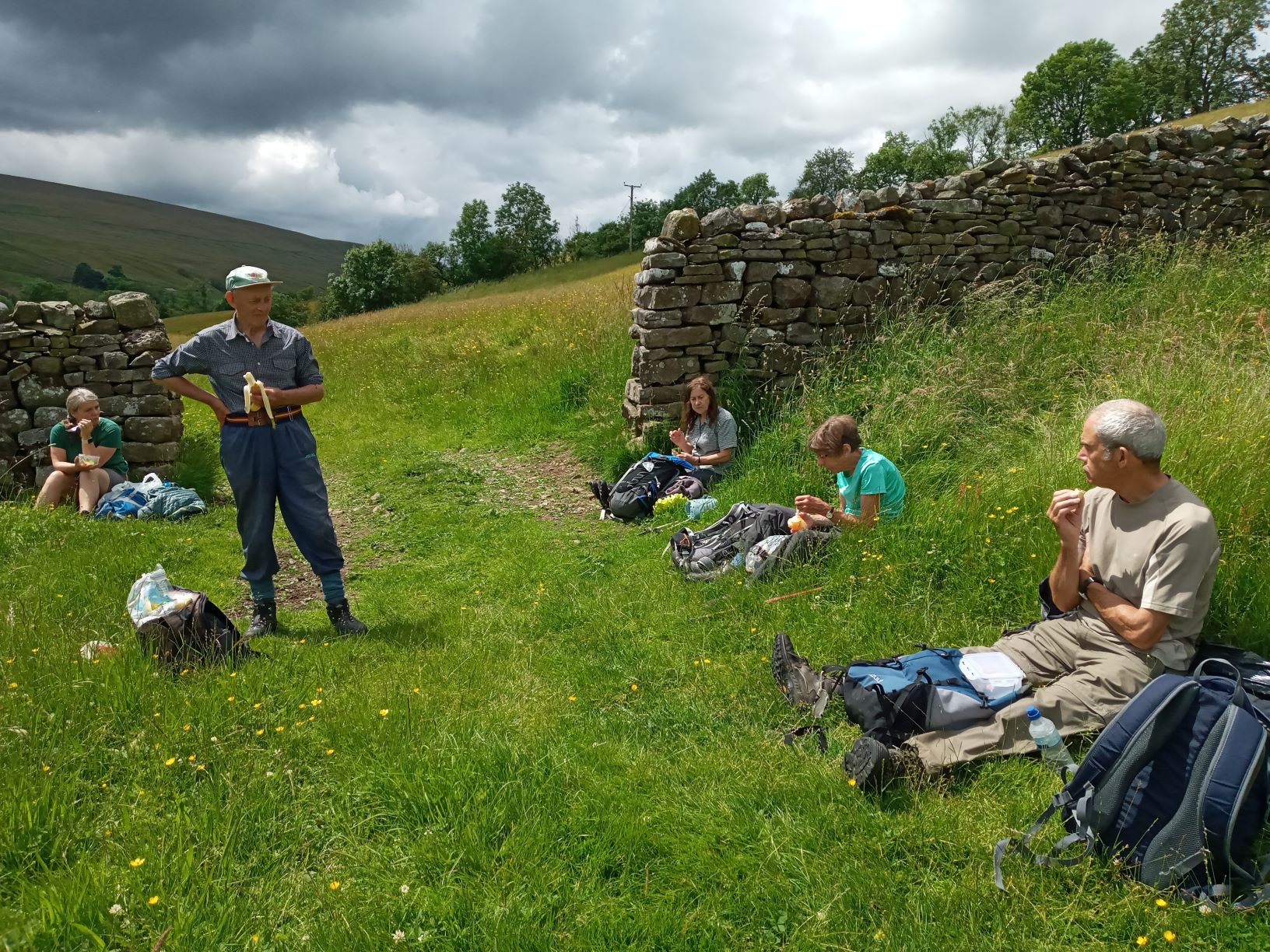 Five of us (Barbara C, Helen, Brian, Ron and I) joined Ann L for a walk from West Burton that was added to the programme at short notice.  The forecast had improved but rain showers expected mid-afternoon so we set off feeling optimistic although the sky was a bit grey.

We headed out of the top of the village and were soon climbing over Newbiggin Pasture towards Walden.  There was a short stretch along the road where we had to slow our pace to that of the flock of sheep being moved from their pasture to what looked like a “sorting pen”.

Ron was pleased to note that the telephone box was still standing (although in need of some TLC) next to the former chapel and that it still has a functioning phone within.  This phonebox was already under threat in 1982 but he helped to save it by using it to phone me in Germany when he was working for the family who were converting the chapel into a dwelling!

By the time we turned to head back along a footpath through the hay meadows and fields above Walden Beck the skies had cleared and the sun shone when we stopped for our picnic.  The hay meadows were lovely and we had them to ourselves.

At Cote Bridge Ann opted to take the shorter path back to West Burton and we arrived back at our cars at 2.20pm.  We had all just managed to get back into our cars when the forecast rain arrived in the form of a cloudburst followed by hailstones!  It was a lovely walk and we were so lucky to finish when we did as we would have been drenched in seconds!