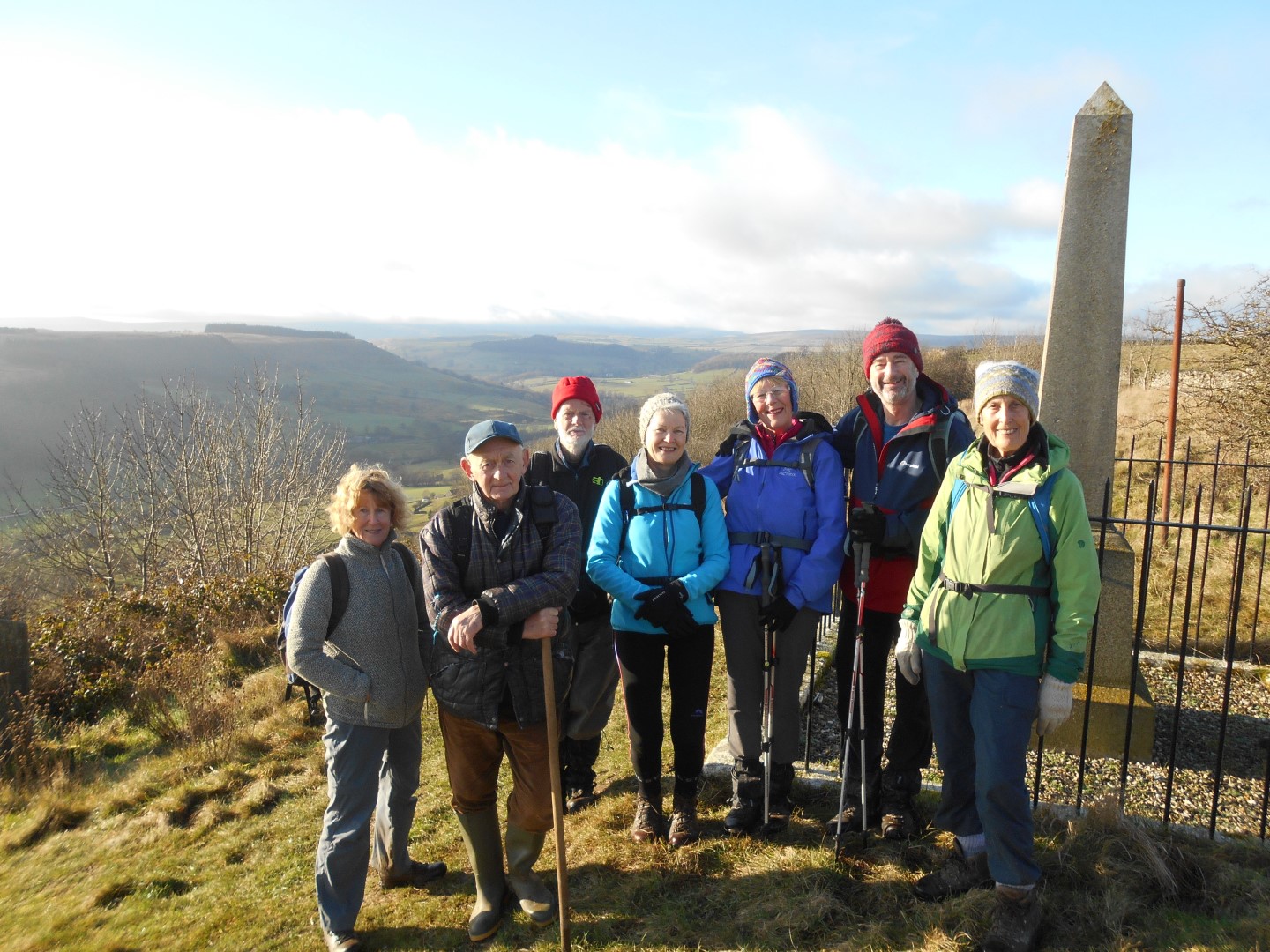 “You win some, you lose some”

This Thursday’s walk started out with the loss of its leader – Geraint broke his foot before Christmas so Kate stepped in, having recced it with him before his Westfield “trip”.  We began by nearly gaining two to our number with a couple of “Walking for Health” members who mistook us for healthy people.  It was quite a coincidence that WfH were doing their “Hill and Dale” walk on the same day but from the other end of the racecourse.

Having directed them off to the Hurgill Road car park, we started with nine.  We lost one when we turned off the racecourse and Ann stayed behind.

Coalsgarth was wet on the top fields but the absence of livestock meant the lower ones weren’t poached up and mud was minimal.  Geoff is very discrete about where he did his obligatory genuflection to the soil.  We were caught up by Gwyneth who was leading  the WfH group when we stopped for coffee.  They don’t stop for coffee (Huh!)  so we managed to keep a discrete distance behind them all the way across to Beacon Plantation and not gain or lose anyone.

We lost Barbara at Willance’s Leap (and then there were seven) as she turned back to join James at the Station and we continued to Deep Dale with great views of Swaledale and the river below us.  At Low Applegarth we turned east on the higher route back towards Richmond rather than the riverside route done on Boxing Day.

The lunch stop resulted in the find of a CD “A Star is Born” at the foot of the picnic tree; who brings CDs on country walks?  Maybe a Coast-to-Coaster with a Walkman?

The fine weather continued with a brief bit of cloud and we got back to the racecourse with no more losses.  Hoping Geraint will be back with us soon.