Along Scots Dike to Stanwick 26 May 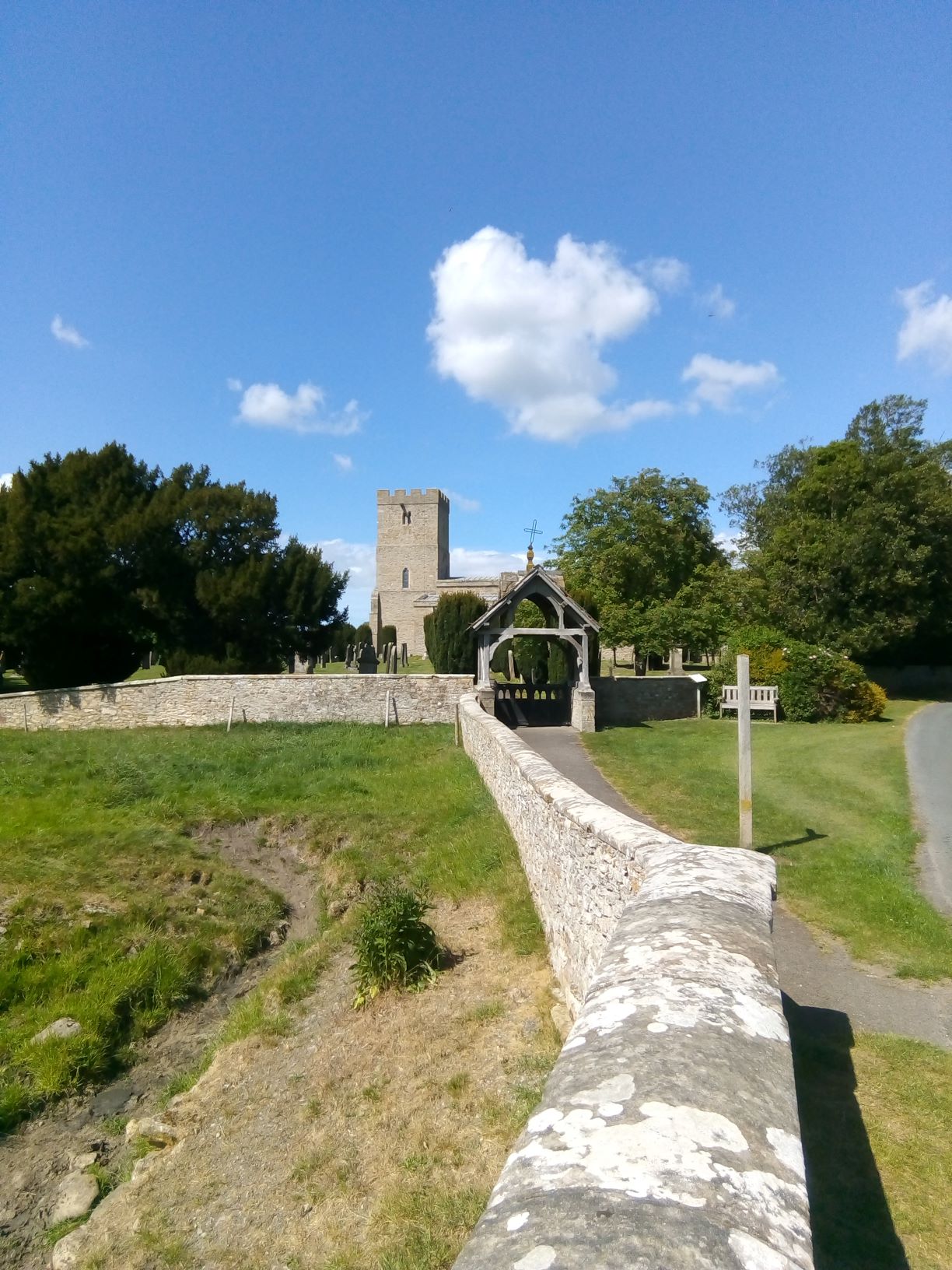 Along Scots Dike to Stanwick – 26 May

I have driven from Richmond to Stanwick and have also cycled but never walked, so with the possibility of being able to do this as a linear walk, I plotted a route with my new OS online mapping skills (10 miles).  Thanks Geoff W for all your help.

I set off from home and descended into Skeeby then followed the path alongside the beck to Gilling and along field paths to the hamlet of Hartforth.  Here, I joined Jagger Lane, crossed Hartforth Lane and climbed up to the ridge of the A66 where there was a crossing point over the dual carriageway.  There was very little traffic so I had no difficulty crossing this normally busy route.  Jagger lane continues as a metalled road into Melsonby, winner of Richmondshire District Council’s Best Kept Village Award in 1993, as attested by the bench upon which I sat to eat my lunch.

At the west end of Melsonby I crossed the bone dry ford and continued northwards on a footpath which followed the line of the ancient monument of Scots Dike.  I live next to this same monument on the outskirts of Richmond where it is a mound but  this section appears to be more of a ditch.  Shortly afterwards I reached Aldbrough St John with its ancient looking bridge over Aldbrough Beck and crossed more fields to reach Stanwick St John with its earthworks.

The day had started rather cloudy but, by the time I reached Stanwick, there was blue sky and sunshine and I enjoyed a rest on the bench by the church before continuing to Forcett for my lift home.  It was a lovely walk with the added bonus of seeing hardly anyone.