Across the Moors from Leighton Reservoir - 14 November 2019 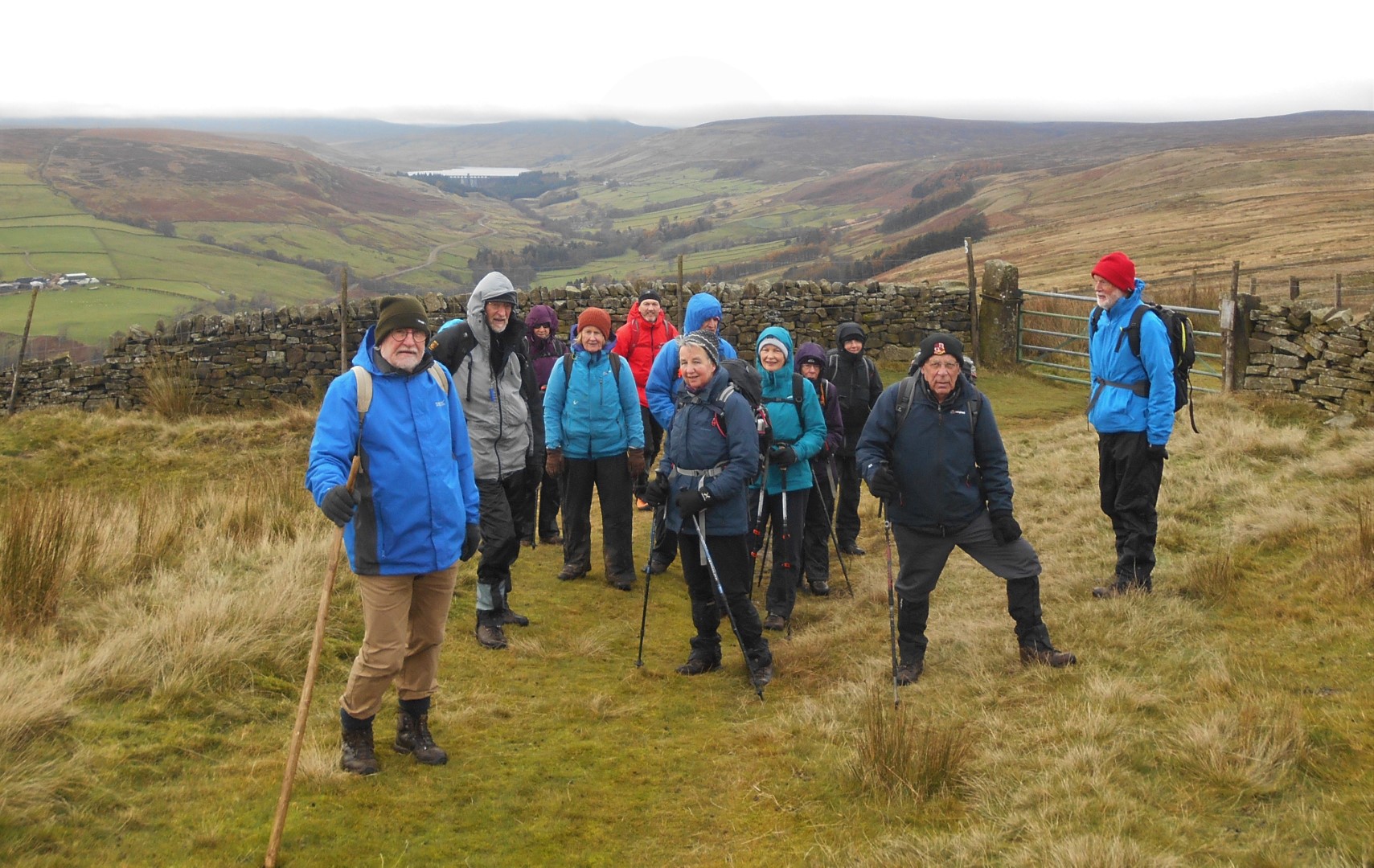 Across the Moors from Leighton Reservoir - 14 November 2019

When deciding to lead a walk in Nidderdale it struck me that I had done circuits from the east towards Leighton Reservoir, and also walks in the valley up to Scar House reservoir – but had never explored the countryside in between.  So the route was an attempt to “join up” some well loved areas. The weather “could have been better”, but we had fairly clear views which is the main delight of this area of wide open landscapes.  Our group of 13 started by walking up to and across the dam wall of Leighton Reservoir.  This and its “sister” Roundhill Reservoir higher up the valley were built originally by Harrogate Corporation to supply water to the town and to act as a top up reservoir to compensate for extraction from the River Ure.   As was often the case in the era in which these reservoirs were constructed, the works took many years.  There is a most impressive house at the site and we speculated on who had lived there originally?  The engineer in charge of the works?  Subsequent research has failed to throw any definitive light on this.

As we climbed out of the valley we began to see the extensive views of Upper Nidderdale looking towards Great Whernside and Scar House reservoir, and in the other direction towards the Vale of York.

Conditions turned distinctly gloomy as we approached lunchtime, and a blustery squall and a very cold wind set in.  Fortunately, Yvonne had the insight to try the doors of the Shooting Lodge we were approaching at the time.  This is an impressive castellated affair with a very smart and firmly locked  “Shooters End”.  The more plebeian “Beaters End” was however open and we all sheltered for our lunch.  Conditions improved somewhat as we started to make our way back across the moor to our starting point.

The terrain also has the advantage that ground conditions are pretty good mainly on good tracks so we did not get too wet or muddy in spite of very heavy rain in the days leading up to the walk. The only impact of the rain was that my recce at the beginning of the week had shown far too much water in one of the streams we had been due to ford, so a change of route meant slightly more road walking at the end of the day. Even there someone had thoughtfully set out a lovely turf verge for much of the way.

We drove back into Masham for tea and cake to round off an invigorating late autumn walk.