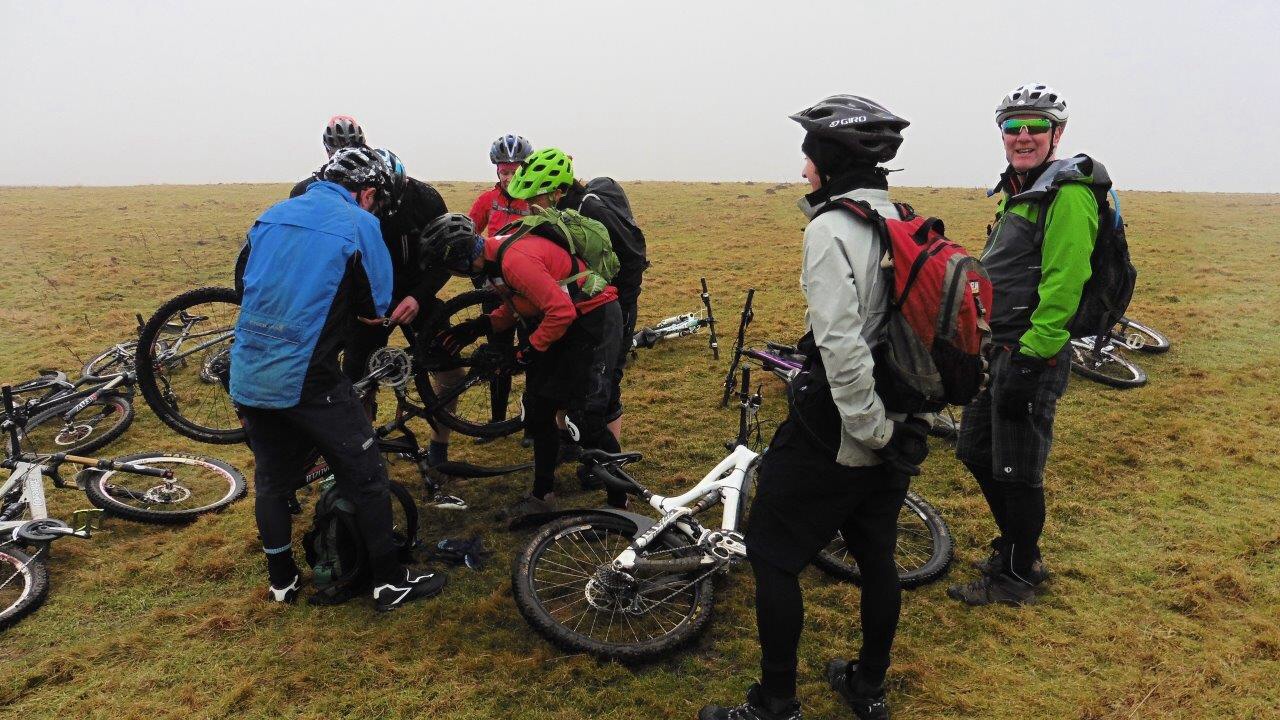 Ten people turned up for our easy going ride from Marske on Valentine's Day, a good showing for a slightly grey day in February. Yvette and Tim both decided to come out for their second ride each (you must have done something right last time Nigel) and we also had Judith, Ian, Nigel (twice in two weeks!), Liz, Mike, Graham (blimey!), Alan and me (Sarah). While putting my bike shoes on I managed to break one of the metal loop things that keep them done up and I was just thinking "Hmm, that's a bit of a problem" when Alan realised he'd brought a pair of my shoes with him instead of a pair of his shoes. This worked out well for me (I had a pair that would do up) but not so well for him (he had to drive home to get a pair and then join us later). Without much more ado the rest of us headed up the road for the first off-road section down slippery singletrack towards Telfit farm. We made smooth progress until Graham's chain broke but then the combined resources of SOC (see photo above) sprung into action (thanks Tim, Nigel's role is clearly just supervisory) and in the wink of an eye we had him ready to go again.

Alan reappeared wearing appropriate footwear and we plodded up the grassy hill for a swoopy descent towards Helwith Farm, just before it we diverted off and followed a pleasant track that ended unpleasantly in a muddy farmyard, oh well. Judith's brand new suede shoes (to match her brand new pedals) were now well and truly christened. A bit of road work and then a fun descent down a rocky track, Yvette doing very well on one of her first mountain bike rides.

A final zip down through the woods and we were back at the cars. We then adjourned to Dales Bike Centre for tea, cake and chat. An excellent day out, thanks for playing everybody.