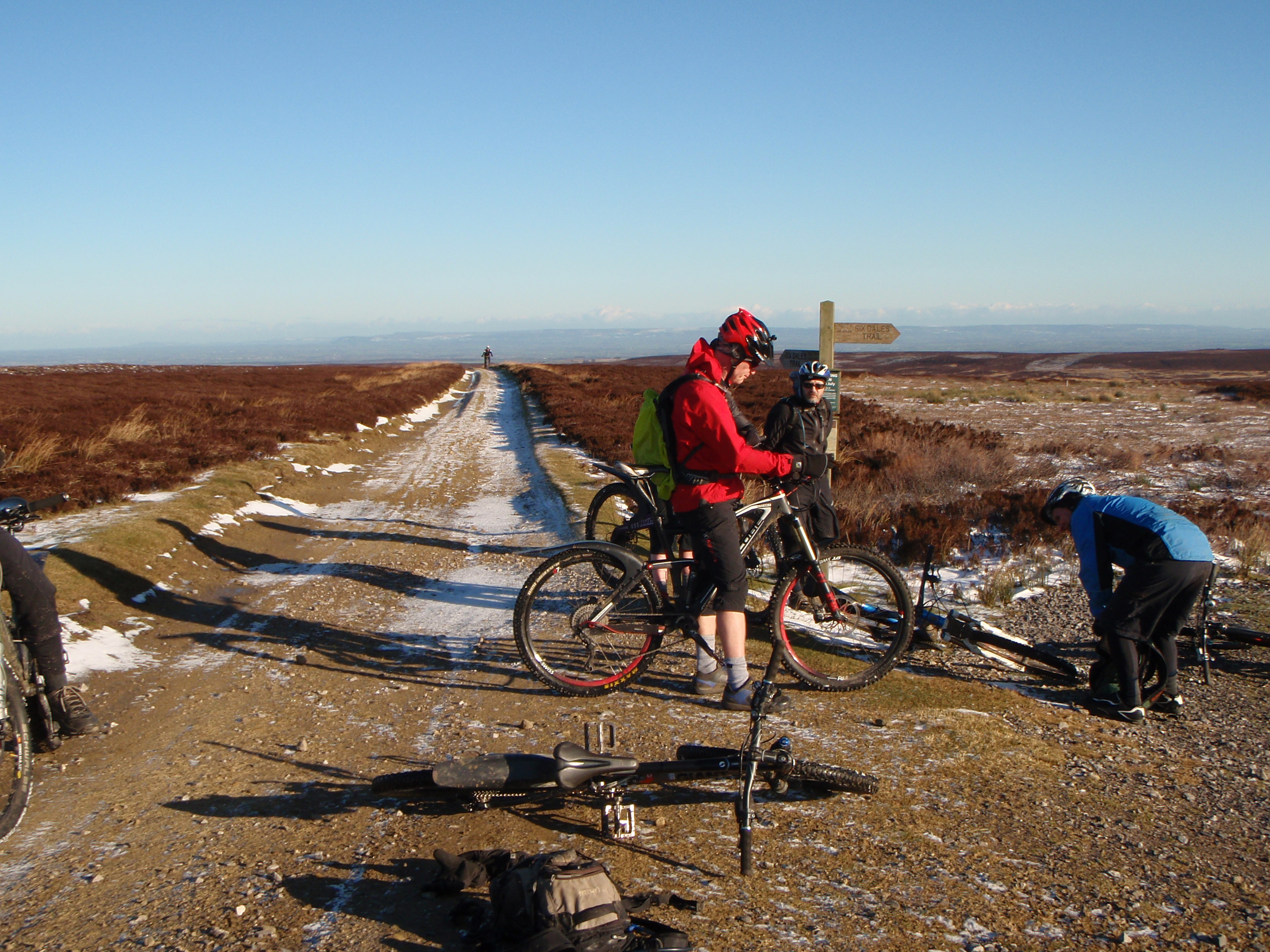 Mike and Liz managed to put back another social engagement with the offer of a cafe visit and Pub stop, but no snowball fight this year.

The temperature was 2 degrees but felt like 0 with the wind chill. The descent from Foulgate Farm to the Ford was not affected by ice but the climb up to High Langwith Cross was hard. Had a quick chat  with a couple walking a Leonberger. The breed was said to be bred to mimic the lion in the town crest. I nearly asked if it was a cross between an alsatian and mastiff then thought it best not to use the word cross with some owners. I reckon the 150 lb dog could have pulled me up the hill quite easily.

The group decided to extend the ride, so instead of turning right we headed on through to Arnagill Moor. I decided to stop at the Combsfell Lulbeck junction whilst the rest did the triangular loop taking in the Fountains Earth Moor descent. I headed off early to get to the cafe, the descent down towards Ilton seems to have been modified and was not as good as I remember.

Due to the icy conditions Richard took a fall. No sooner had he brushed himself off and got back on the bike, he repeated the process, this time injuring his arm and damaging his rucksack. Unfortunately his woes were not over as a couple of minutes later his phone bounced out of his pocket and Jenny's front wheel ran over it damaging the screen and killing the phone. Oh dear it just wasn't his day...

Having all safely met again at the Bivouac cafe we headed back up a tricky icy road climb to Ilton. We arrived back outside the Crown Inn Pub, the group having done 21.5 miles, I did a little less.

Thanks to all that ventured out and hopefully we can have the Pub stop next time !!