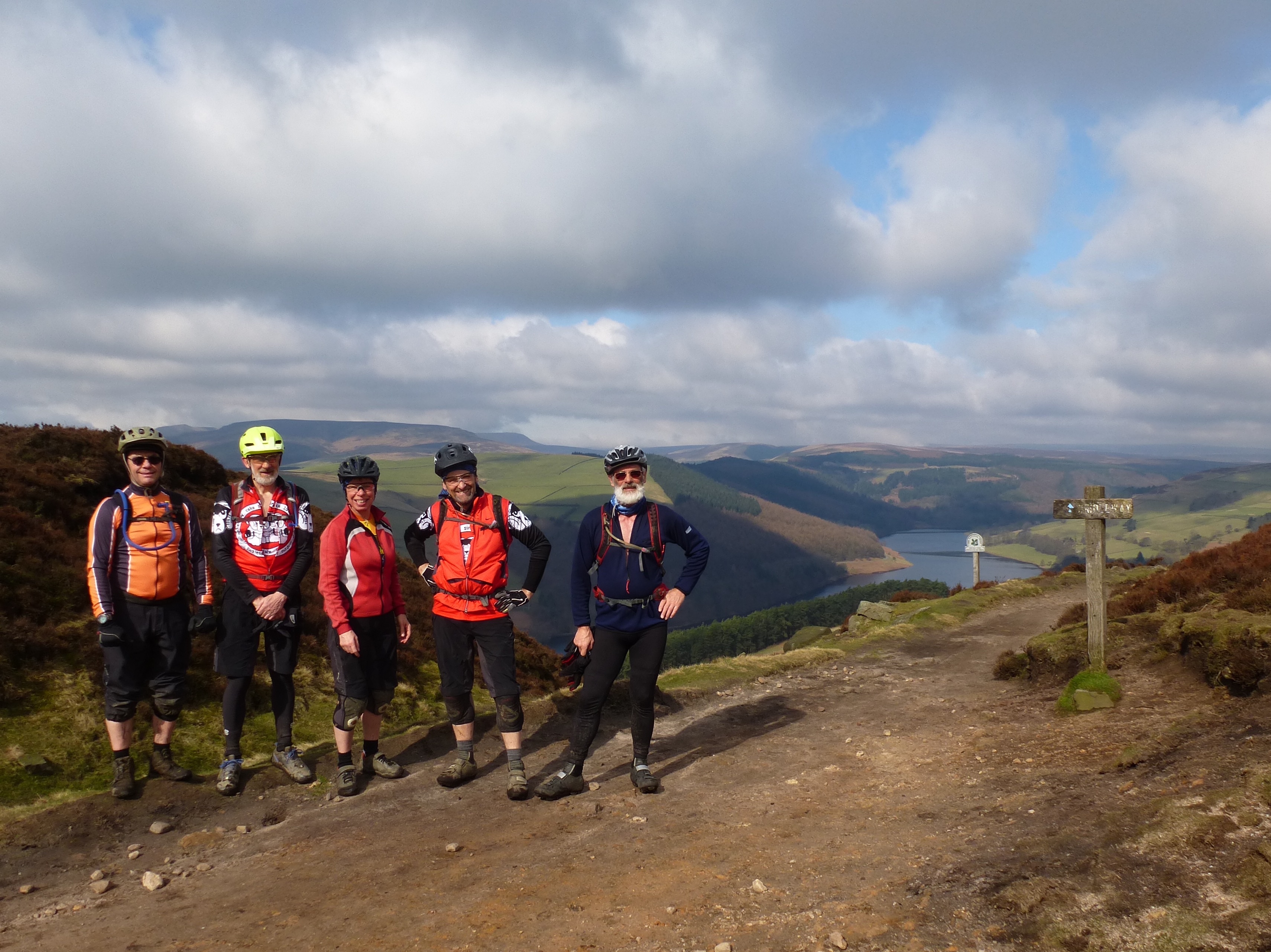 Easter in the Peaks normally involves a heavy snowstorm two days before we get there and then a four day mudfest. However, this year we were lucky, as the dry weather held (mainly!) and the tracks were reasonably dry. Alan and I headed down on Maundy Thursday and had a very warm and pleasant afternoon riding the northern half of the Cut Gate route before moving down to Castleton to find our B&B. Dave T, Neil S, Dave G, Russ, Alan and I headed out on Friday for the only wet ride of the trip but we still managed a good descent of the Beast (with a stream running down it) as well as a slippery run off Mam Tor - we also had two cafe stops. After some dithering we turned tail for home just before the worst rain so we didn't get completely soaked.

Saturday was dry and bright and we were joined by Simon, Ian, Andy and Baz for a circuit via Rushup Edge over to Hayfield (another cafe stop) and then a long slog up to Edale Cross for a rocky and technical descent of Jacob's Ladder. More cake in Edale and then a final climb up to Hollins Cross for a steep descent back into Castleton. This was Ian's longest mountain bike ride so far so he was very pleased especially as it involved two quite tricky descents. A large bunch of us including Ian's wife Sarah, baby Pippa and also Russ's wife Sarah (giving us three Sarahs and two Daves round the table) met up in a pub for a good meal and plenty of chat.

On Sunday five us did a fairly dry and sunny route above Ladybower reservoir. Again we got a few classic descents in including Whinstones (rather oddly all the other mountain bikers seemed to be climbing up it), Hagg Farm and the Screaming Mile (I learned this is the local's name for the long descent from Lockerbrook Farm going north). Again we also scheduled a cafe stop in that allowed Dave G to catch up with a bacon butty for breakfast and the rest of us to drink even more coffee. Finally on a warm and busy Monday there was just Alan and me left and our legs were almost finished. We managed a slow climb up the old Mam Tor road again and then crossed the high limestone plateau to the top of Cavedale. Most of this was good dry singletrack but the tricky rocky lower section was a slippery, mossy stream with a queue of tourists walking up it. I was glad we hadn't taken everybody else there as it wasn't rideable. We ended our weekend eating too many sausage rolls from the bakery and then came home.

Thanks to everyone for coming and especially to Neil S for organising us and arranging three excellent pub meals.