Easter in the Lakes 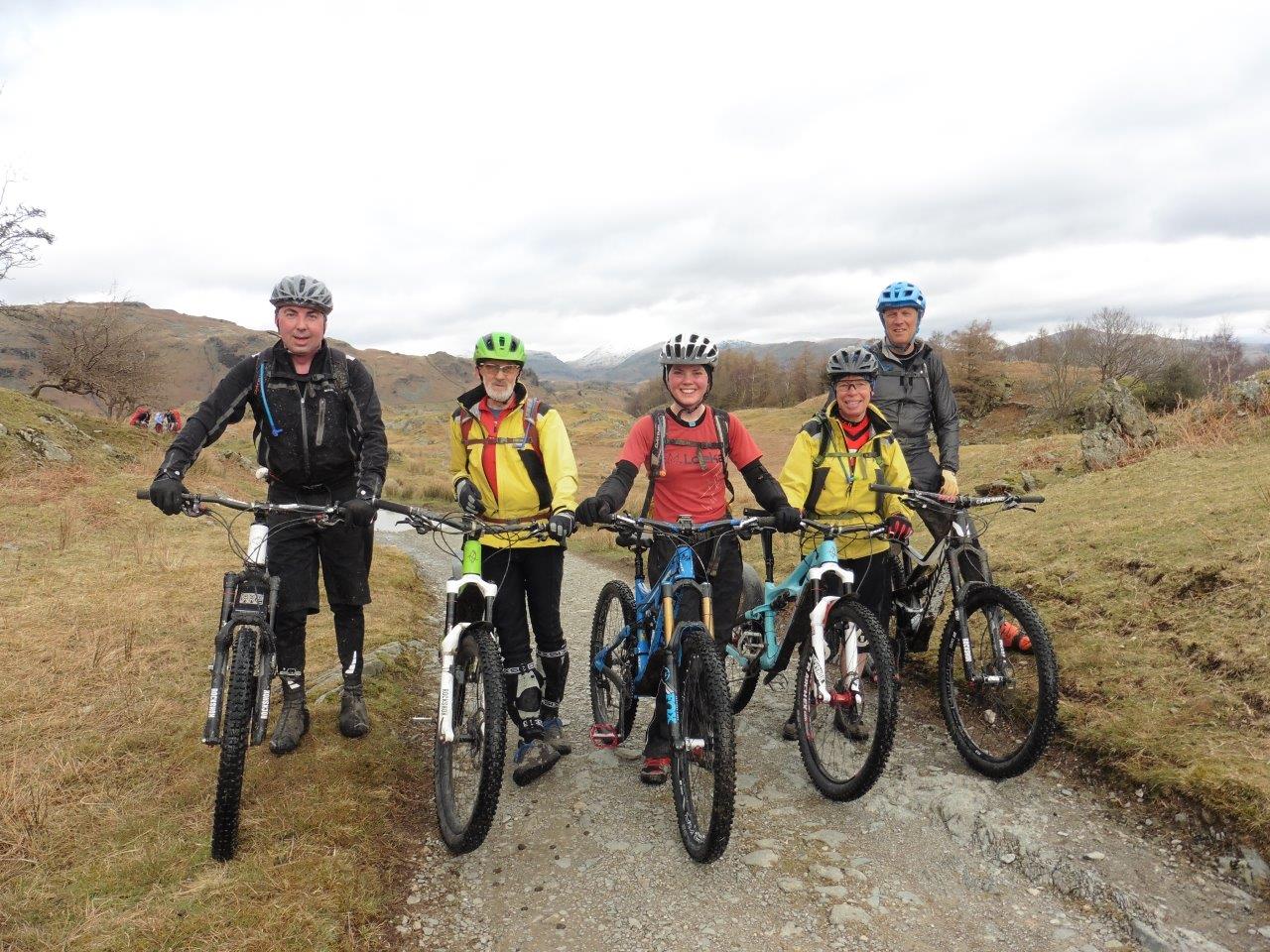 A core group of 6 headed over to the Lakes for Easter – Karen, Andy, Alan, Sarah, Steven and I. We were joined for the sunny day on Friday by Dave T and Neil whereas Ian and Scott came out for a good soaking on Saturday. JB and Simon opted for the soaking on Saturday and also the mostly damp Sunday! Despite the weather we made the most of it and had 4 excellent days of riding. I am not going to tell you all the routes we did just the highlights and quotes of the weekend.

Highlights – definitely food. From ice cream in Elterwater on Friday to Alan being outdone by his sticky toffee pudding with ice cream and custard; a sight to be seen. Not surprising really as it did follow a large bowl of stew and dumplings! The finale and piece de resistance was definitely Andy with cinnamon toast topped with bacon, banana and swimming in maple syrup!

Descents – what didn’t we do?

High Parkamoor to Satterthwaite; Breasty Haw and the Fox on Saturday

Sunday took in the Cross to Low Scar Wood; Long Slack; Far Sawrey to Harrow Slack (and one that Sarah had not done!) and finishing off on Claife Heights again

Finally on Monday we did Lawson Park; High Tilberthwaite to Low Hall Garth; Iron Keld to Knipe Fold and by request from Karen another run down the Fox

Quote of the day goes to Andy who, having hand-standed over the bars at the bottom of Sawrey’s Wood said to Alan “that’ll not be problem with bigger wheels”. We then proceeded to watch Alan do exactly the same as Andy; both ending up with bruised left arms – oops!

Re-naming Karen and Andy and now known by Steven and Aaron and Candy – quite fitting with Karen’s sweet tooth – although Karen thought that should be Andy!

Thanks to all who came and joined us – Nigel where were you??!!

Thanks to Sarah for organising the meals and for helping on the map reading.