Circuits and bumps around Hawes 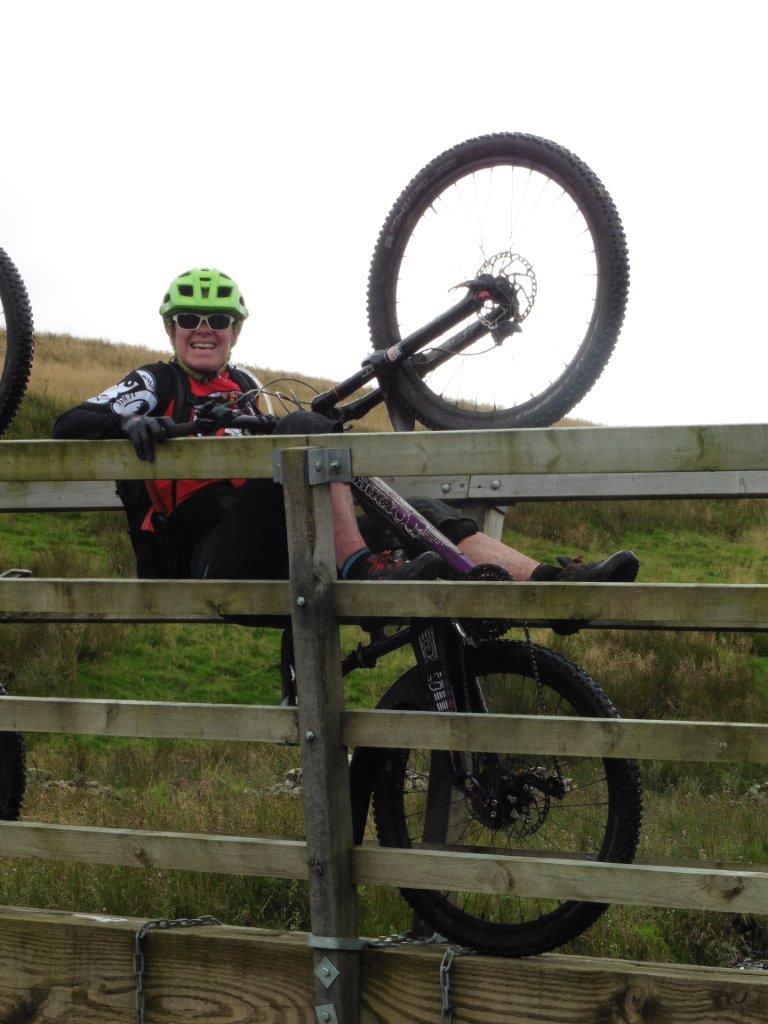 August Bank Holiday Monday - bound to be decent weather I thought. Well, obviously not, so my planned Cross Fell ride got reconvened outside the old Kudu bike shop in Hawes. Mike, Liz, Judith, Steve, Mark G, Rob, Simon and I (Alan was out of action with a poorly back) headed up the Cam Head Road for an energetic 1000ft climb followed by a very soggy but amusing descent on the Pennine Way. We'd been out with Karen two days before in Swaledale and the ground was still pretty dry - not so in Wensleydale though, fairly saturated bog instead. Still, as the pictures show, you can have a lot of fun in the mud.

We then set off for a bit of exploring. I hadn't ever ridden the first short section of bridleway we tried and that was very pleasant. The next bit Judith and I did the other way round in a two day TrailQuest competition about ten years ago - it is now better signposted but is still just as indistinct. Still, it's all good practice for something and we had fun crossing the bridge at the beginning and testing our technical bog riding skills down to Appersett.

The final circuit was up Cotterdale and by this time the drizzle had begun. We stopped under the trees at the head of the valley for a snack but midges and increasing rain drove us on and up through the woodland and onto the Pennine Way coming down off Great Shunner Fell. A fast, furious and slippery descent quickly took us back down to Hardraw where the rain had stopped (or maybe never started) and we sat outside the cafe eating cake and getting bitten by more midges. The debate about whether we had the legs for another 1000ft climb up Buttertubs was curtailed by real rain setting in so we hoofed it back to the cars. A good ride despite the weather, 20 miles and a couple of good long climbs. I ended up with about 30 midge bites on my shins (despite the rumour they can't bite you if you're covered in mud) however Neil S was unimpressed, he once got 70 midge bites on one ankle somewhere in Scotland!