The bridge over the river Tees...Not! 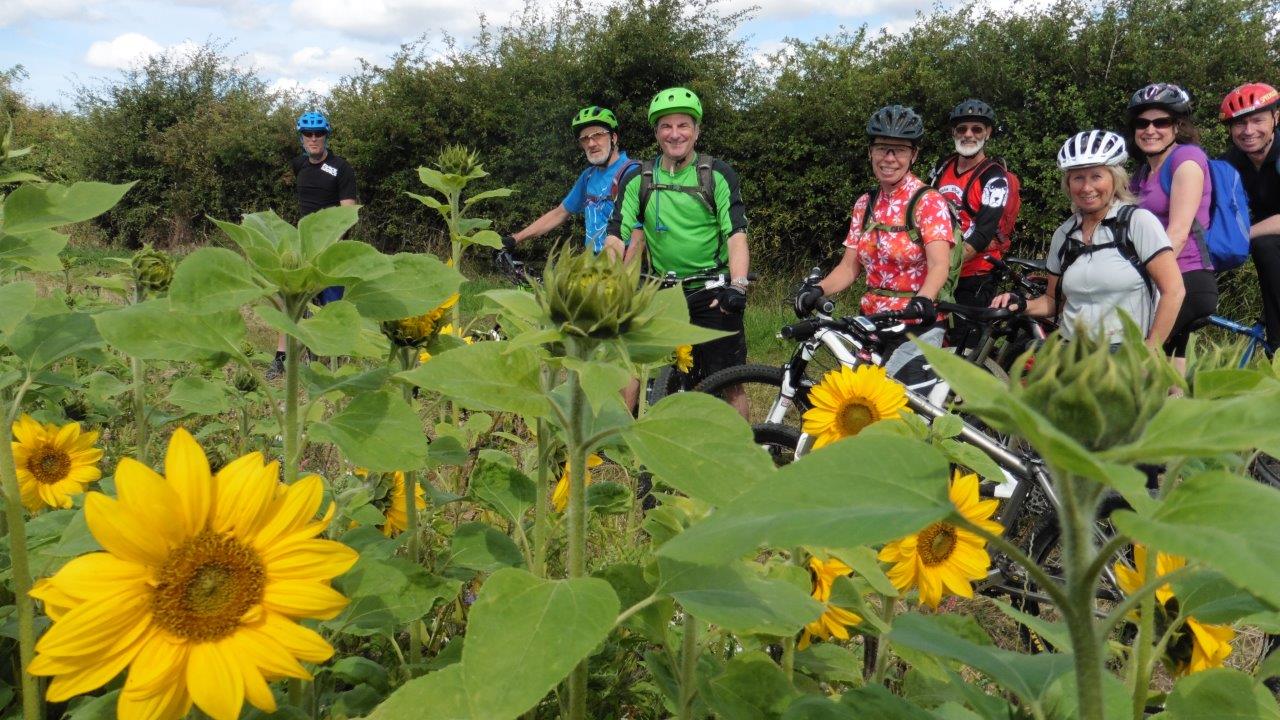 Steven and I decided to lead our TBC easy going ride in August from Melsonby as it meant we could ride from the door and the terrain should be suitable for this sort of ride. Possibly due to the lovely weather, we had a healthy turn-out of 7 – Alan, Sarah, Dave T, Anne, Dr. John, Jenny and Paul joining Steven and I. There would have been 8 but we somehow managed to miss Rob who took himself off over the moors instead; sorry about that.

We headed out on Moor Road before taking the bridleway through our first crop of the day – wheat, and then over the A1 and the next fun singletrack bridleway towards Barton. I slowed things up here by having a puncture but this was quickly fixed and off we went towards Newton Morrell and back over the A1. Arriving at Manfield the group opted to take a longer route along the river to Piercebridge and Gainford where we hoped to cross back over the Tees but sadly the bridge was blocked off and looked as though it had been for a number of years. There was a suggestion that we might ford the river but this looked a bit deep so we took the other option of a slog up the A67 to Winston to get over the river. Thereafter followed a multitude of field crossings – potatoes, forage beans, sunflowers and pasture with lots and lots of horses and rare breed sheep so it kept us amused.

It also meant we racked up plenty of miles; by the time we got to the planned tea room stop at Eppleby we were at about 25. Since Steven and I had forgotten to take any food and we had been out for quite a long time, we fell on the offerings and just about ate them out of cake. A couple more miles and we made it back to Melsonby where Jenny and Paul decided they were going to do another ride to further test ride one of the bikes they had and Anne was going for a lie down. Thanks to all for playing and especially the chivalrous Dave T for encouraging Anne to complete her longest mountain bike ride for some time.

Thanks to all for a grand day out