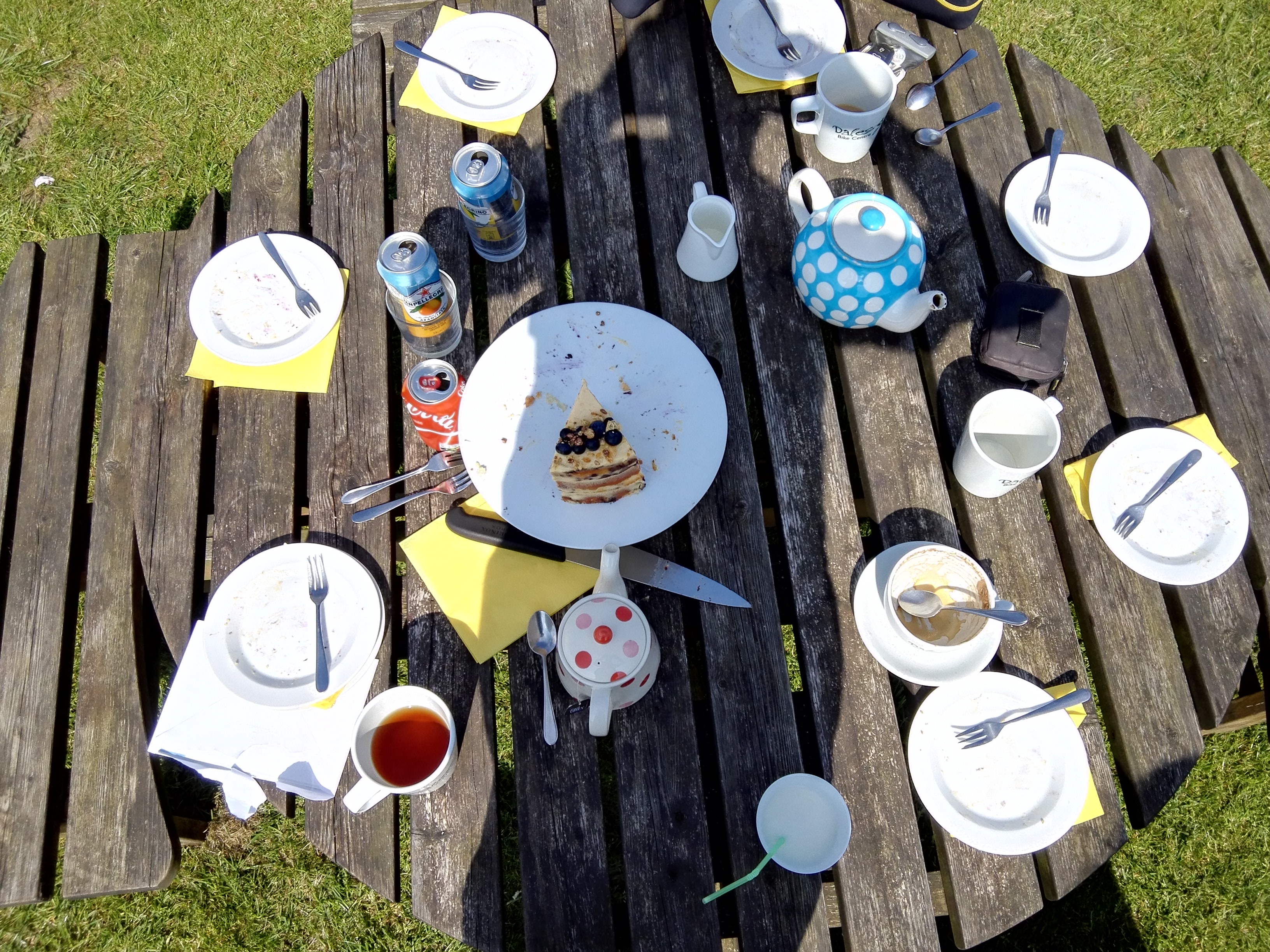 I have noticed that turn out for my birthday rides tend to be quite good. No idea why, I'm putting it down to my devilish good looks, charm, wit and infectious personality. To be fair the weather certainly helped with the sun shining brightly and the rare heat haze rising off the heather moorland. I was joined by Judith, Steven, Ian, Jenny, Karen, Dave T, and possible newby Paul.

We all met up at Reeth VG and while waiting for Karen, Judith spent time showing us her 'skills' around the car park. I have video evidence should anyone be interested? Once all assembled I very quickly confessed to having zero plans for the day's route and that I was going to play it by ear. Thankfully Steven had already planned on hi-jacking any plans I might have had anyway. That worked perfectly for me and meant for a hassle free ride.

We set off at the back of the school, not a route I have done this way round but it's actually pretty fun and gets you 'up there' reasonably quickly. We had a little wait at the top as Dave T was nowhere to be seen. Eventually making his way to us with a very poorly steed that had managed to get its mech mangled in the wheel. This put pay to his ride but as luck would have it a fellow SOC walker was on the same route so Dave decided to not waste the day and enjoy a walk instead.

The rest of the troops carried on towards Fore Gill Gate quickly merging with Stu from DBC who was leading out his shop ride. This gave us time to check that we weren't all heading the same way. Dropping over the Ford we then took the anticlock route towards Pinseat before heading over towards Gunnerside. The views as always incredible, reminding me how lucky we are to have this on the doorstep. We then headed back via Blades, ForeGill again then across Cringley Hill passing old ground but fun to ride either way round. By now it was time to drop down to the road and on to DBC where we all sat outside in the sun to enjoy slices of Blueberry and Ameretti trifle cake with various teas and coffees to boot. Sadly Dave T missed out on a slice and again this year the entire cake pretty much went in one sitting. Thanks to team Martin for also coming to say hello and pass on birthday wishes.

Thanks for coming to play folks great day and 21 miles covered.