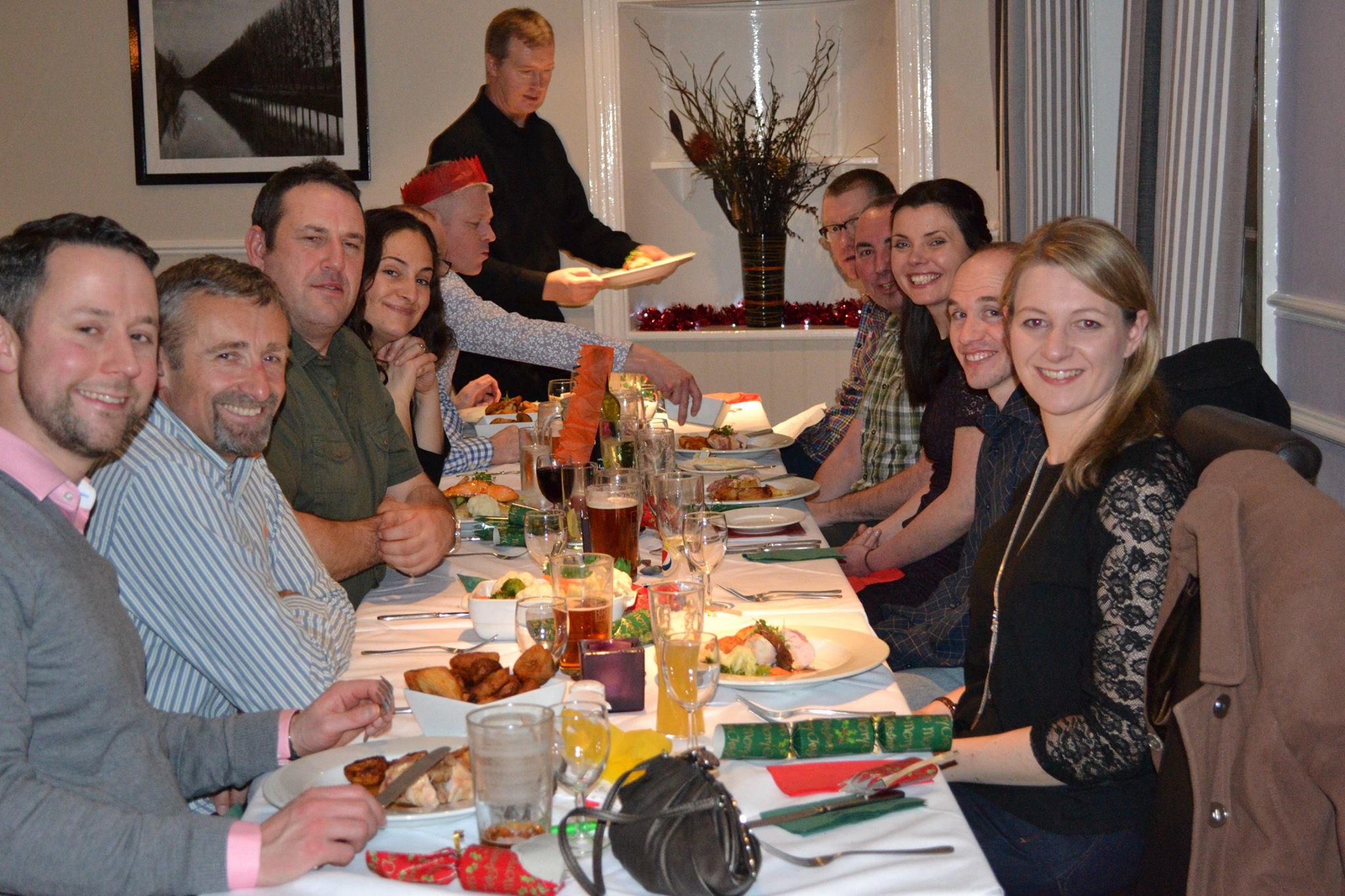 A hardy bunch of riders went to venture out for this year's Christmas ride. An annualouting that usually sees us dressing up as Father Christmas, elves, and even reindeer. It's quite a sight seeing a dozen or so Santa's come riding past and I'm still not sure that the residents of Barningham have got used to it. However as I am sure you are all aware this ride was planned for the 12th of December which just happened to coincide with a rather large dump of snow causing all sorts of problems. So mountainbikers being mountainbikers threw caution to the wind, decided to be really brave and all headed to Mainsgill farm tea rooms where they then preceded to sit for the bulk of the day, eat cake and drink tea & coffee!

The next event of the day meant eveyone getting safely home, washed and looking Christmasy before heading to the Black Lion in Richmond for our annual Christmas dinner and awards giving. I must have forgotten to pass the memo regarding the Christmasy bit as I was the only one who turned up wearing a Christmas jumper. I expect a better effort next year!

So after a great meal and much chatting it was time to present the awards. The voting was completed on the night after receiving the nominations earlier through the month.

We all passed our thanks on to Judith Turner for being a trooper yet again and organising us all for the meal.

Below is the list of awards and award winners. Well done to you all who received them and many thanks for making your way to Richmond in pretty awful conditions. Here's to a great 2016!

Personality of the year - David Thompson

Contribution to the section - Mark Russell

Most strange surreal ride - Liz H & Team Turner for Barningham followed by the antics at the cocktail night.