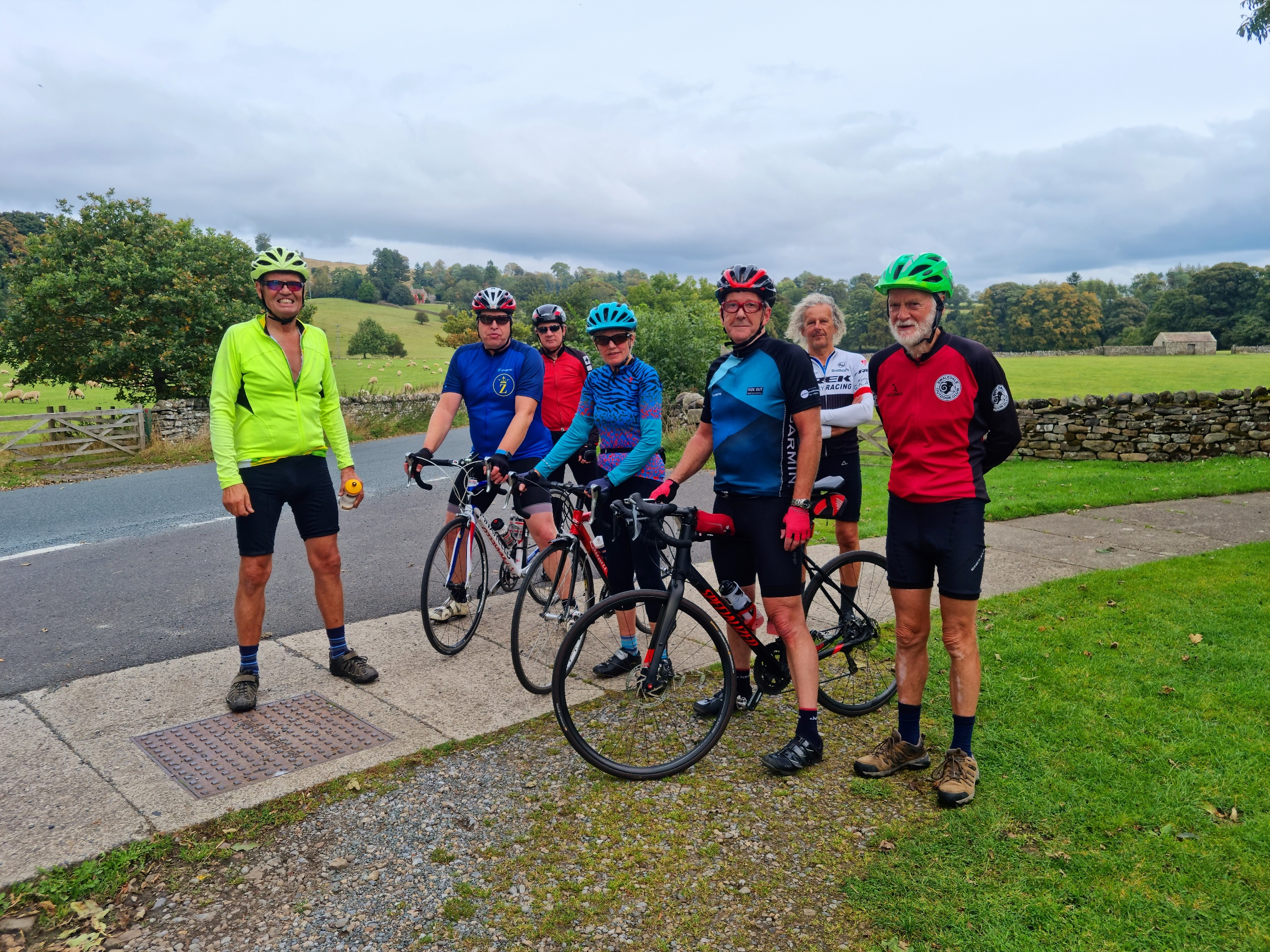 If memory serves me correctly, I joined SOC in late 1992. In the intervening 29 years I have been on and led canoeing and caving meets. Been on Fell Runs, done marathons and sections of relays. Including one relay where our Chairman and I were propositioned (but that’s another story!). Of course, what I have done most of is climbing. I spent 5 years as section organiser; and in the month that Pete Dyson passed away I recall the SOC trip to Jordan (organised by Tim Deighton) in 1998.

So, all the above experience led me at last to be ready to lead my fist SOC Cycle ride!!!! Only lockdown got me cycling and the fact my brother was keen. “He is not as fit as me, I will go out with him on my bike which predates me joining SOC and show him how it’s done” I thought! Wrong!!! A new bike and 18 months later I have been out plenty and even been on 2 SOC rides over the last month or so.

So, 7 of us met at 10am at Nuns Close on Saturday the 9th of October. Tony, Mike, Rowland, Richard, Peter, Mark and I for my ride. I was almost last, even though I was 10 minutes early! And I had already caused delays to traffic for those who were coming on the ride from the east in their cars as I had avoided the speed bumps in Skeeby on my bike!

Having had a debate between the other riders as to whether 10am meant leaving at 10am or 10.05am we set off. I didn’t look at my watch, but I suspect it was a couple of minutes after 10am. Very different to caving I thought, where back in the day arriving at 10.15 was considered on time!

Off we set through Easby and down to Brompton on Swale. Our section leader came alongside to interview me at this point. Richard suggested I had deliberately added every kink I could to my route. I took this as a compliment as I thought that was the point. It’s not as if we were going from A to B.

Heading out through Tunstall we picked up Jenny, who had cycled down from Leyburn. We arrived spot on the estimated time I had given Jenny in advance. Guess work is always best if its right! By now the early morning mist had lifted and it was turning into a lovely day

On to Masham and Johnny Bagdad’s where Richard and I annexed 2 tables with the ruthless efficiency of one of our European neighbours!!

Suitably refreshed we started the meat of the climbing for the day first to Healey then up Cote Lane past the pumping station above Ellingsstring before heading down Stark Bank towards Jervaulx. At this point there was a worry for the first-time leader as the road was closed! What a mistake to make! Thankfully it was not really closed and we made it through. On we went to Middleham at Coverham Church we paused while Mike took the group photo below. Whilst I bored my fellow riders with a history lesson.

The next part of the route took us up to Agglethorpe left and on to Melmerby before going over Middleham High Moor.

After dropping down Gale Bank Jenny left us heading straight back for Leyburn. Whilst the rest of us climbed up through Preston under Scar and across Grinton Moor. By now I had adopted a tactic of leading from the back. Something Richard suggested at our second café stop at Grinton Bike Shop was similar to the actions of a WW1 general!

The final leg was to Richmond in the style I have become accustomed to with whoever I ride with i.e. full gas!!

Anyway, I fully enjoyed my ride which was with great company and the others were kind enough to say what a good route I had chosen. Above all we had a good laugh at each other. I will try not to wait another 29 years before I lead my next ride! However, I will probably continue the General Haig method of leadership!!