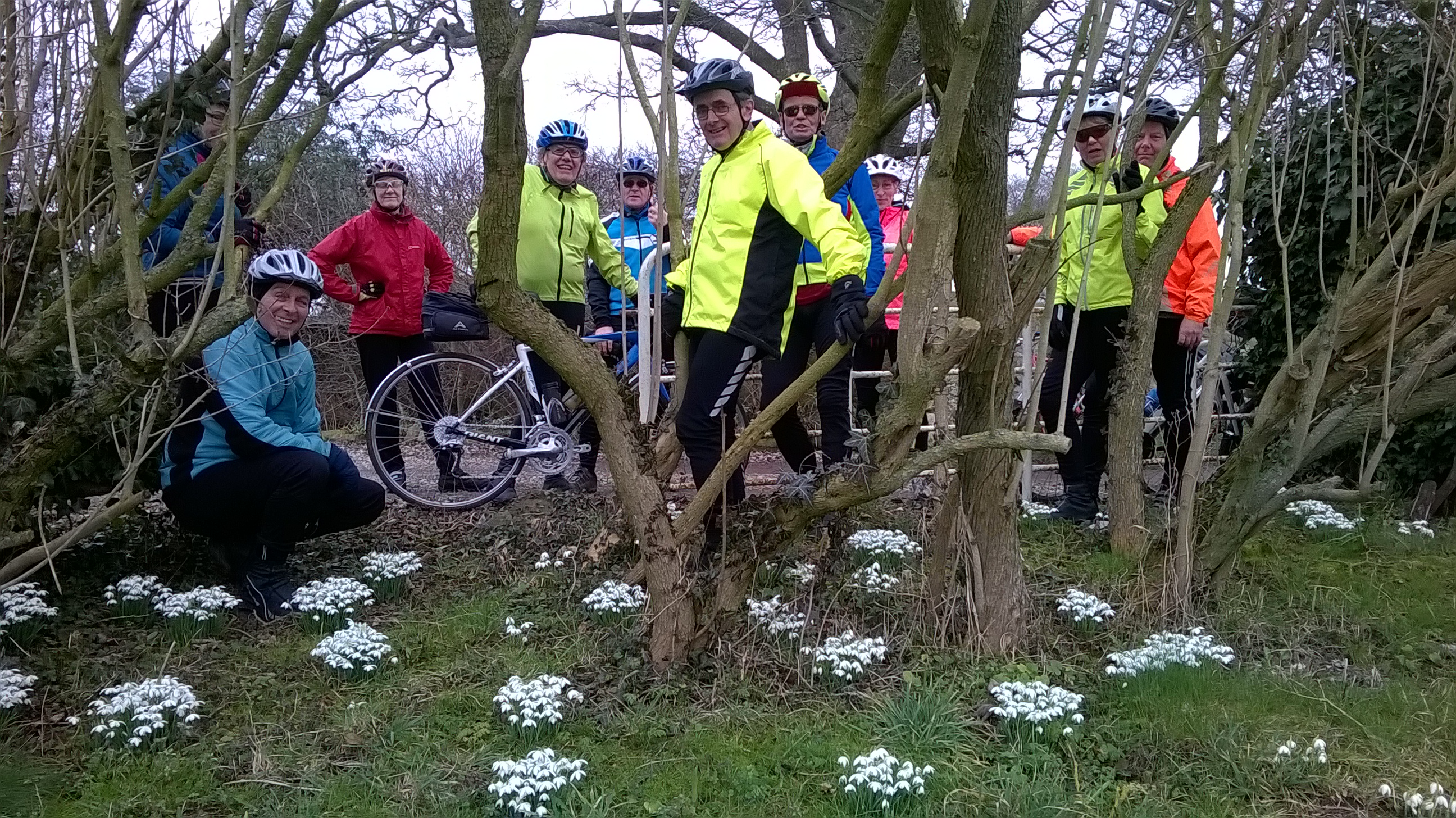 A ride to to Thorpe Perrow was led by Peter from Richmond and though it was hilly up Sleegill and Plummer Road wonderful thereafter.  The group of 11 consisted of Jenny, Yvonne, Bernie, Glenys, James, Mick, Richard & Mark joined at Catterick Garrison by Peter & Pauline. The aim was to take in as many views of snowdrops along the way, and there were cries from various riders as they spotted them amongst hedgerows and gardens.

Lunch was at Thorpe Perrow where the occasional snowdrop could be seen from the cafe windows - no one was prepared to pay the £8 entrance fee to see the full display.

On the way back via Hackforth the group stopped at the Jenny's garden to take a closer look at the splendid array of snowdrops there  (see photos).

James (obviously missing Barbara who is still recovering at home) reminisced about the inaugral SOC Cylce ride from the Greyhound Inn next door to Jenny's house.

Peter & Pauline left the group at Catterick village and missed the snowdrops in and around Easby that Peter Trewby promised were at least as good as those at Thorpe Perrow.