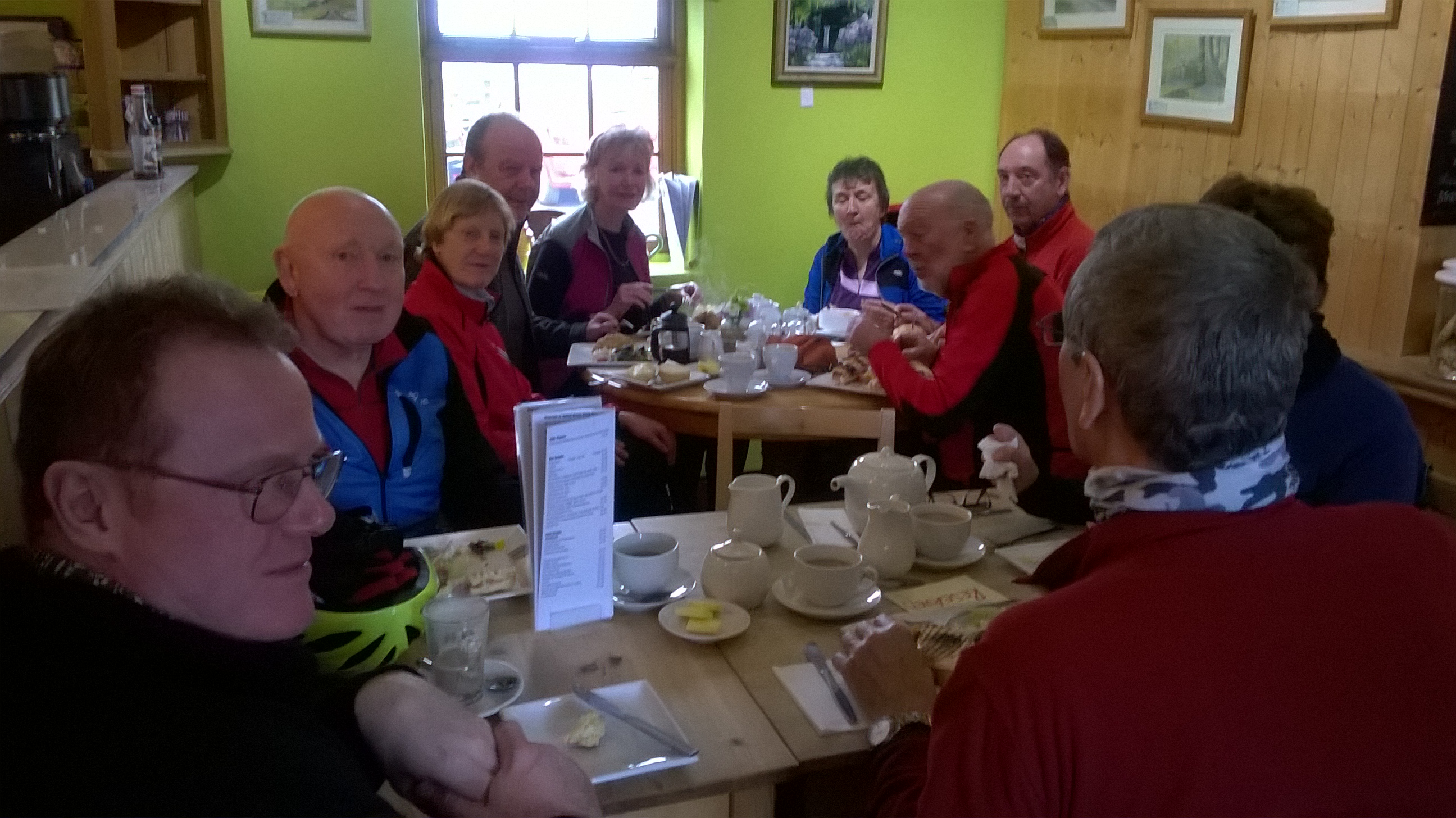 A larger than expected group of riders joined Pauline for her first club ride in 3 months, along with a few faces that were welcomed back from the core group of regular riders (Liz, Colin, Vic & David joined
Barbara, Jenny, Yvonne, Glenys, Carol, Bernie, Mark, Richard, John, James & Peter B) with Judith joining us for the 2nd half.

Setting of from Brompton the “Tootle” was the first half which wound its way around the north-west side of Northallerton avoiding National Route 71 the muddy, pot holed lane from Yafforth to Thrintoft (please note Graham).
The flattish route was on quiet roads that were wet and dirty from the recent rain and the usual rural traffic.

A pleasant lunch was had at Spring House Farm that coped with 16 riders very quickly and offered delicious homemade delights.

Following lunch Pauline & Liz broke away at this point and the rest of the group were led back by Peter B who received his edible leaders star at lunch!!

The return route was via Warlaby, South Otterington and then into Northallerton where a surprise climb up Scholla Lane was ungratefully received by some.
Dropping into Brompton past a verbally abusive dog owner who didn’t know Section 3 of the Dangerous Dogs Act 1991.

And for those that were unaware a total of 35 miles with only 400 metres of climbing = a “Tootle”
and the route is available at http://cycle.travel/map/journey/32304 if you wish to repeat it in future.

Thanks for those of you that joined us!...