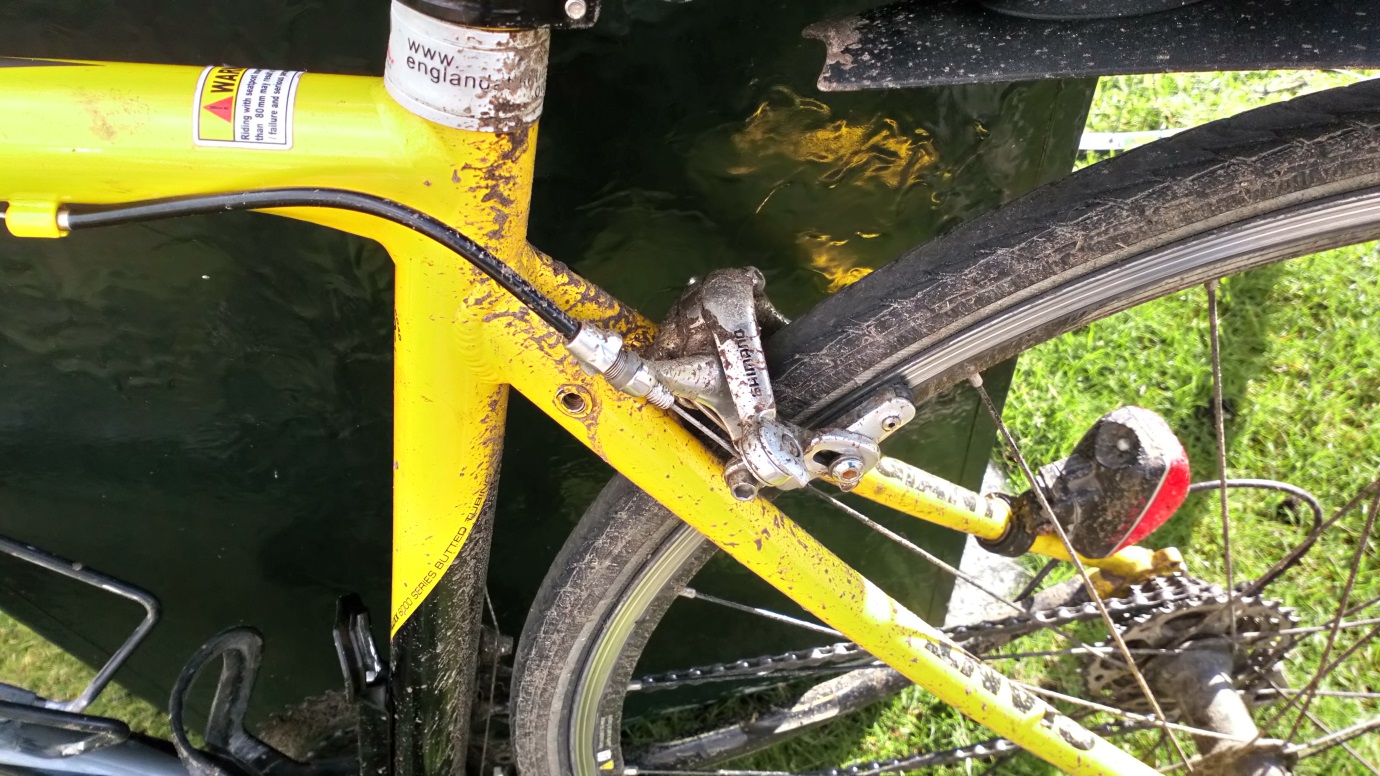 Richard’s ride on 17th February was actually entitled “Go West Young Man or Woman” on the programme, but his downfall was sending an email the day before which started with “I’m sure you will pleased to note that Saturday‘s ride will be mud free-ish.” He’d set himself up for getting a load of stick every time our bikes encountered mud! And he had previous form, having led us across “paths” through fields on another ride.

We were a right keen bunch of 11 gathering at the start, which was Broken Scar CP, Darlington. Three of the previous four scheduled rides had been cancelled, so we were champing at the bit.  Having gently climbed north-west out of Darlington and manoeuvred around a crane across the road, we reached Houghton Bank. Richard declared this to be the high point of the ride; we all agreed we were having a right good time (apart from the mud) and Mark R said he could feel his chakras being realigned.

We encountered two road closures (which we ignored) and lots more mud in the lanes out to Staindrop. Lunch was a slow going experience at Andalucia’s in Barnard Castle, after which we emerged into the sunshine to compare amounts of mud on our bikes:

We then had a happy ride home via Walton Bridge, South Ovington, Caldwell, Fawcett, Aldbrough St John and Piercebridge. Thank you Richard.