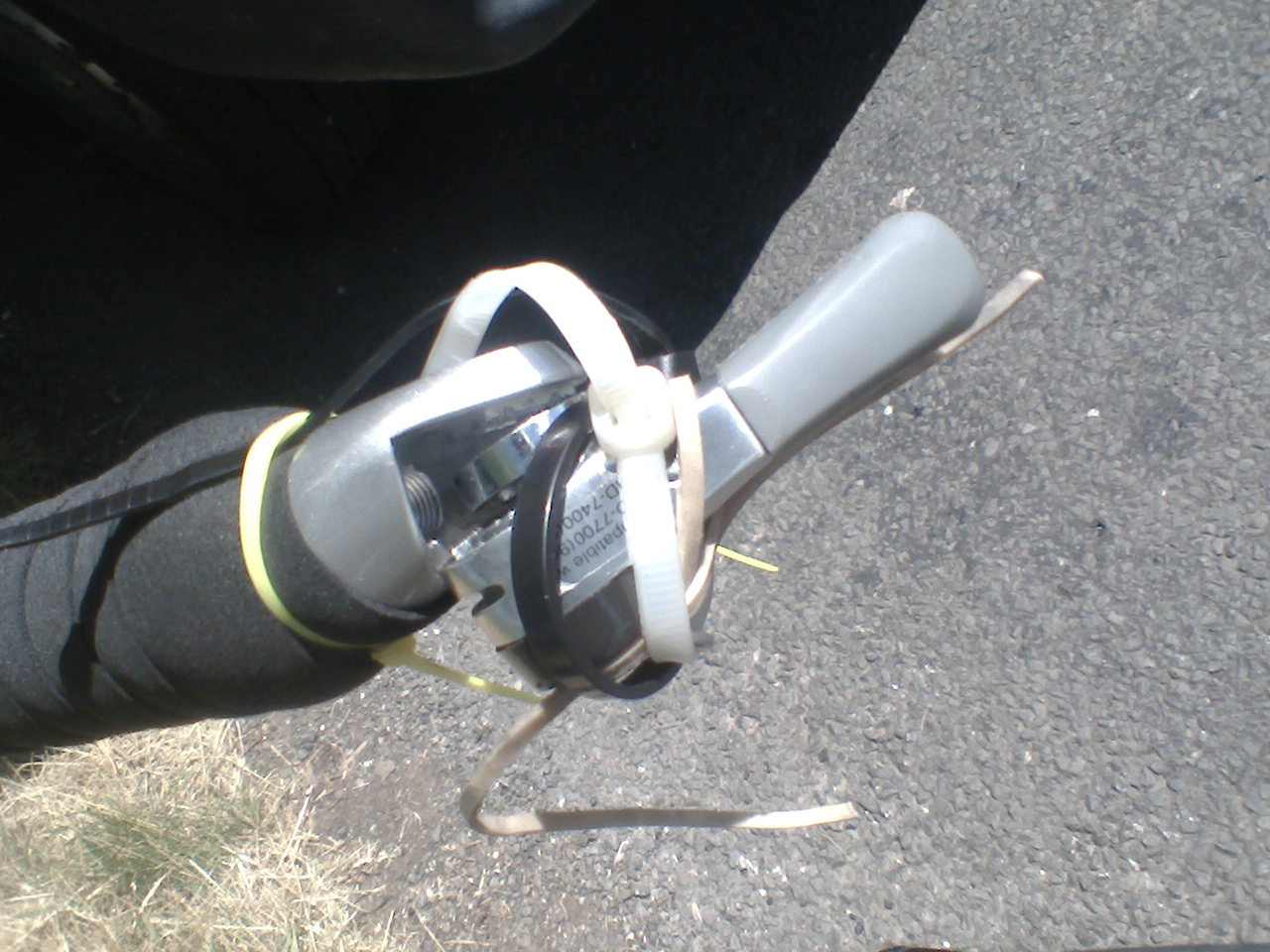 So I met up with Big Al at his house at 7am and cycled across to Newcastle rugby ground about 3 miles away. Signed on and was in the first wave to set off at 8AM.  It was a nice day and I was on me sportive Dawes Galaxy, just like 7 years ago.
When set off and I tooked in behind Big Al and we were cruising at 18 to 19 mph.
So far so good. Game on!
Just before reaching the first feed station (about 30 miles in) and Big Al turning back, I noticed that the gears kept slipping down on the rear cassette to the tiny bottom ring. Found a mobile mechanic and he tightened up the bar end shifter screw. About a mile down the road however the gears started automatically dropping into the hardest gear again. Although I can use the triple on the front, I prepare myself for a 76 mile grind.

Now I could have phoned Big Al and he would have come and got me. Beating 2011 time of 6:18 was out of the question. There was however a new challenge could I get round under my own steam? The sun was shinning, the scenery was beautiful so I thought I would give it a bash.

Just when I thought it couldn't get any worse.....
Some of the roads on the route are pretty rough (much worse than 7 years ago) causing unavoidable violent shaking to the bike and body. Next thing I notice the bar end shifter screw has come out and dropped somewhere who knows? Rather than lose any more of the bar end shifter, I utilise all of my zip ties. I

Not pretty I know.

Whilst the Cyclone 106 mile route is not that hilly (1788 m of ascent), some of the gradients hit double figure %. No option but to walk the steepest I am afraid. Still yet to find a road I cannot walk up!

As I was now out in the sun for hours longer than I originally anticipated, rolling with one water bottle was not ideal. By chance I come across a pop up stall. I ask the guy if I could beg some water he said yes but it will be £1 - it's for the church fund. Thinking he would fill my bottle he then produces a tiny 350ml bottle. I said you can put that back, God forgive you!
5 miles down the road and I thankfully reach the official feed station with free water. Yippee!

Finally arrive back at the Rugby ground in a time of 7hrs 57 minutes. At least I managed to dip under 8 hrs ha, ha. I collected my crappy T shirt. (not as good as the 2011 version).

Hope you all had better luck then me enjoying the sun!
Antonio