A birthday girl gets more than she bargained for! 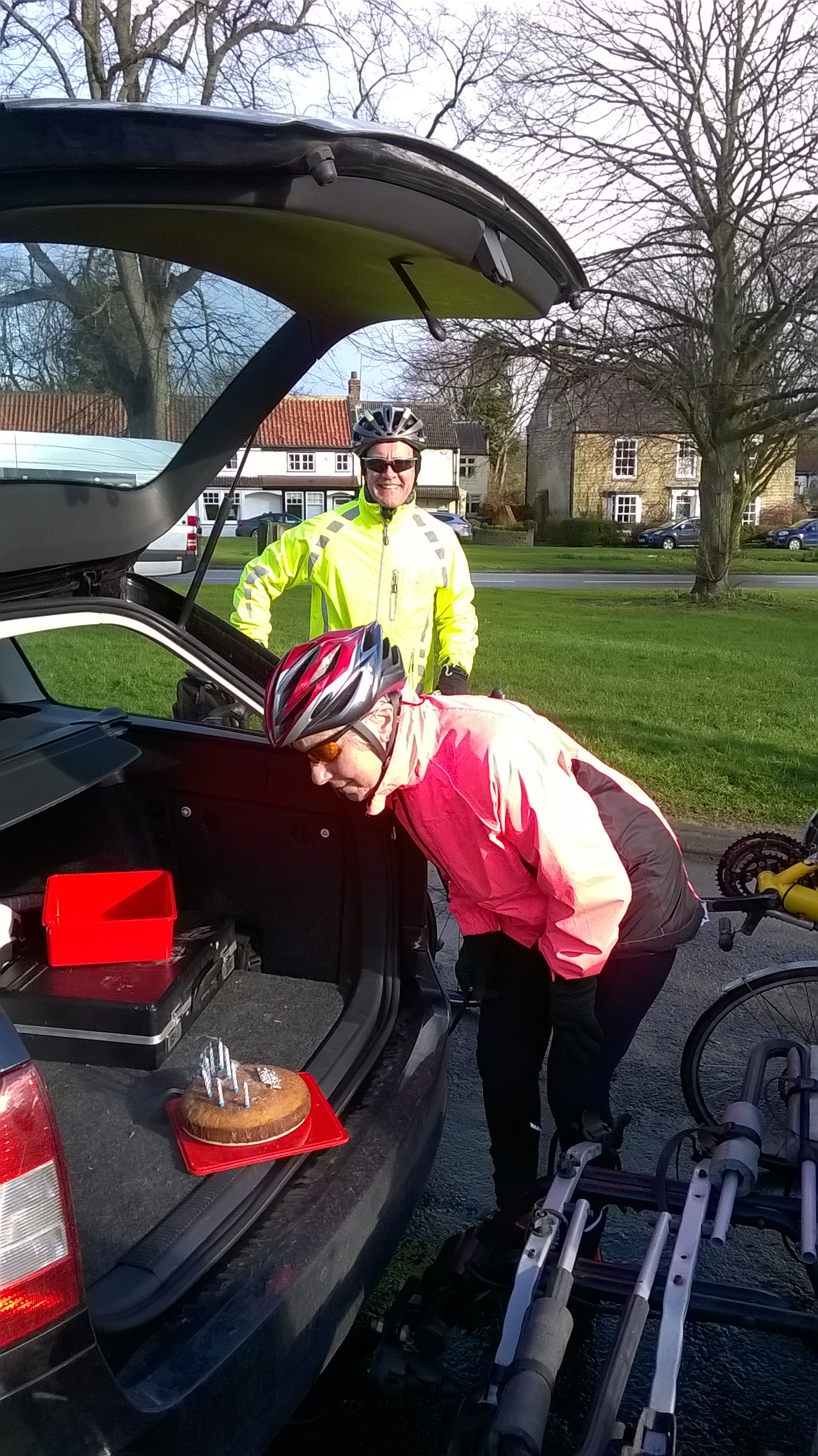 The group of 10 riders set out under blue skies with just a nip in the air, however within a few miles the skies darkened and faces were stung with heavy sleet showers.

At the turning point in Thornton the sleet turned into steady snow and as the picture shows the roads soon became white. Determined riders continued on until oncoming riders warned of heavier snow and difficult conditions ahead.

A sensible decision was taken to shorten the ride and visit Stokesley instead. We lunched at Lotti's Voluptuous Delights where according to the scores for Fifty Shades of Cafe, all was not so delightful!

The ten were joined by John Hallett & Paul Smith carefully chauffeured by Laura, and we all sat and watched the snow become heavier and heavier. Offers of ferrying back to the start were refused and The Ten continued back to Hutton Rudby. Snow laden roads were further endangered by careless car drivers but we all returned safely in time to dash home for the England rugby match!

Only 16 miles were ridden but the ride has been re-scheduled for June when hopefully the snowfall will be minimal!