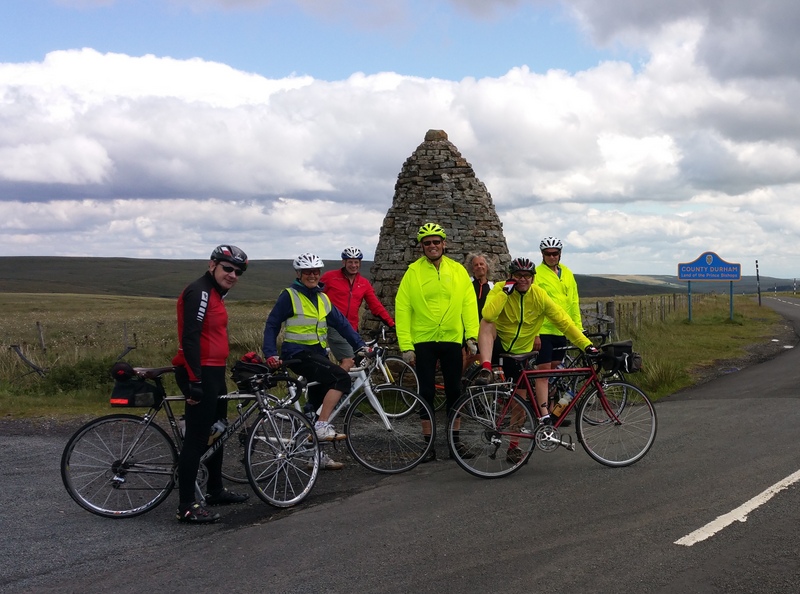 We weren't expecting many people out on this ride from Middleton in Teesdale to Allenheads as strong winds were forecast.

We were suprised then that eight people made the effort: Roley, Mick, Steve L, Mark S, Richard, David, Barbara and I. Paul was at the start but he had just cycled there from Northallerton for breakfast and was then on his way home.

The wind wasn't too much of a problem up Teesdale and helped us over to St John's Chapel, the highest public road in England. We stopped for a quick refreshment break at Cowgill Village Hall - 50p for a tea plus unlimited biscuits (well Mick took 3) - and then up and over to Allenheads. We decided not to go to to Allendale because of the wind.

Again the wind helped us up and over to Rookhope - what a wonderful descent from the border sign to Eastgate. But then we paid the penalty with a very hard climb over Bollyhope into the wind. Mick took an even harder route back to Middleton as he had ridden Bollyhope the last two weekends and fancied a change.

Only 43 miles but tiring!