Our first (and only!) Scottish winter meet was based in Fort William at the Bank Street Lodge Hostel. After fish and chips on route we rendezvous'd at the Grog n Gruel for a pint to discuss tactics!

The weather forecast was predicting very strong winds and snow, so a lie in was called for on Saturday morning. After a late breakfast we headed out for a general look see and our view was to wander up to Stob Coire nam Beith in Glen Coe. 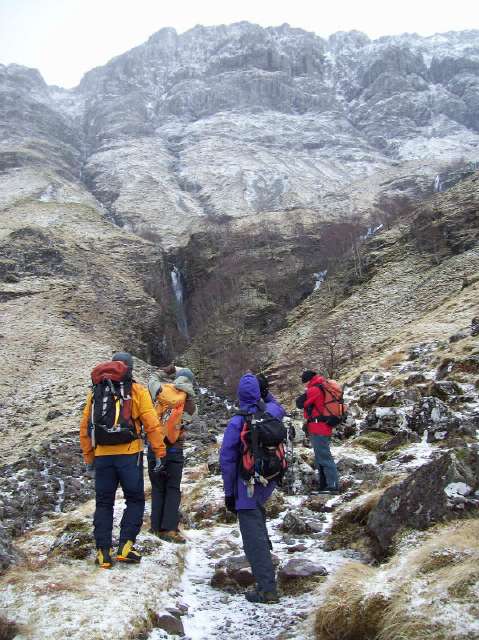 Looking Towards No 4 Gully on Aonoch Dudh, Glen Coe 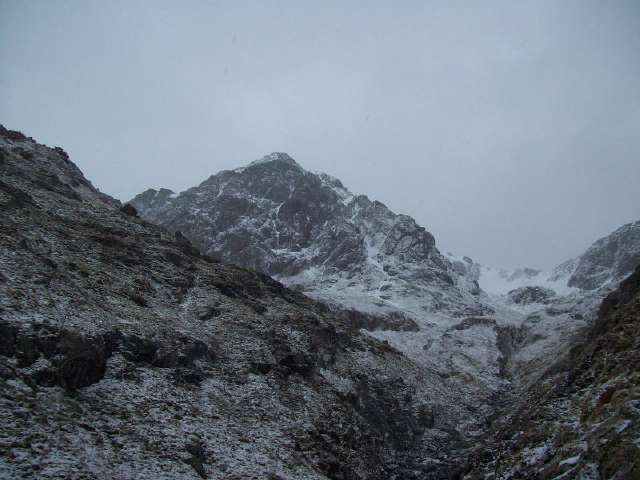 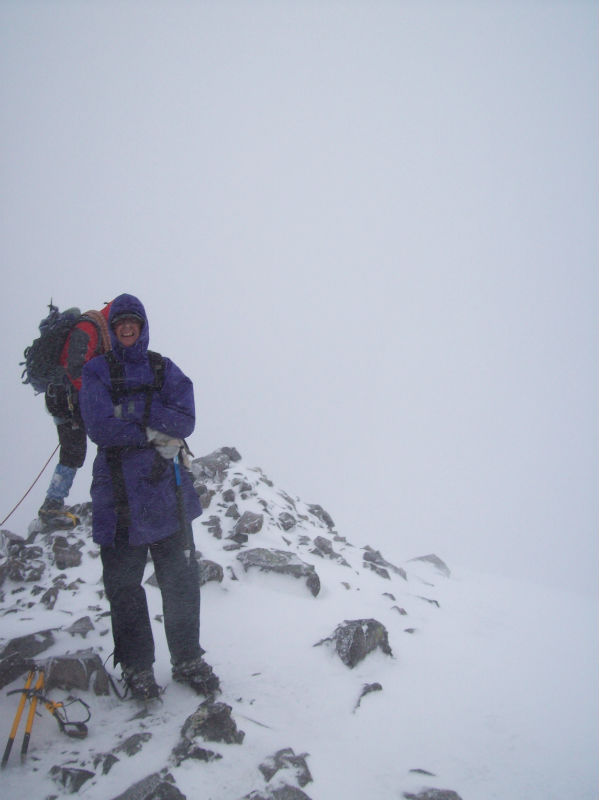 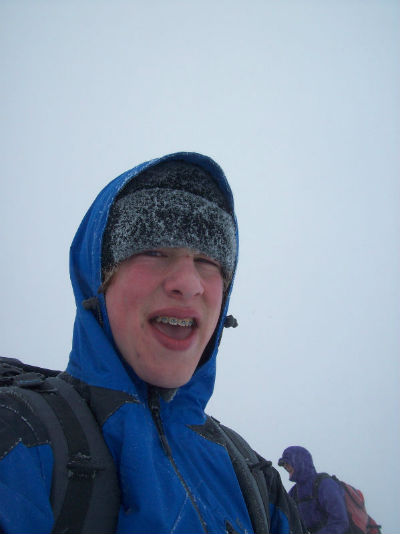 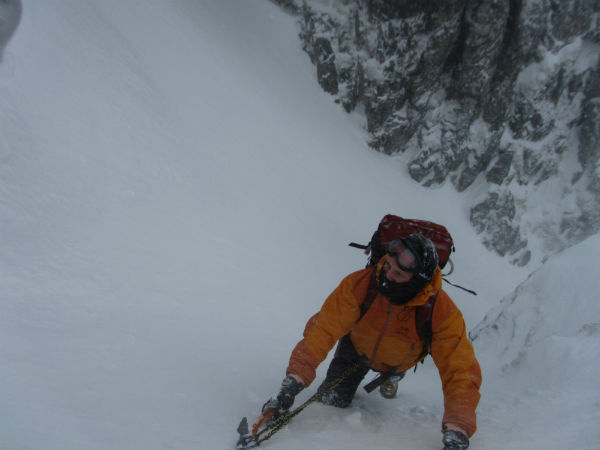 On Sunday Callum, Phil and Dave set off Munro bagging from Glen Nevis. After parking at the head of the road in Glen Nevis we headed towards the Steall hut via the wire bridge - see below!

We then climbed up to An Gearanach, over to An Garbhanach, Stob Coire a' Chairn and finally Am Bodach before heading back to the car via the Allt Coire a' Mhail using some improvised scrambing with ice axes to get back to the Steall Hut!!! 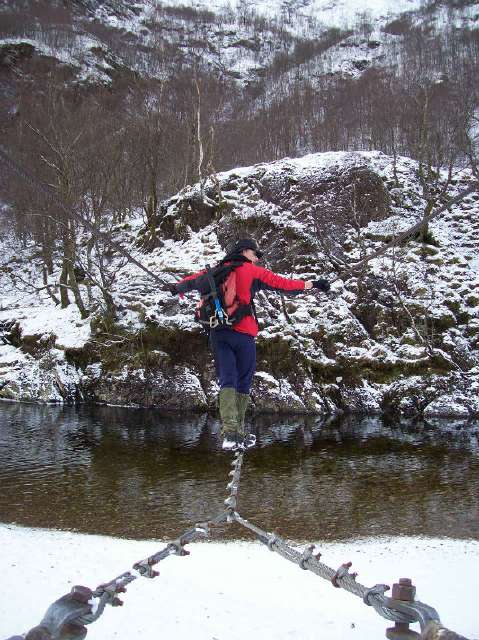 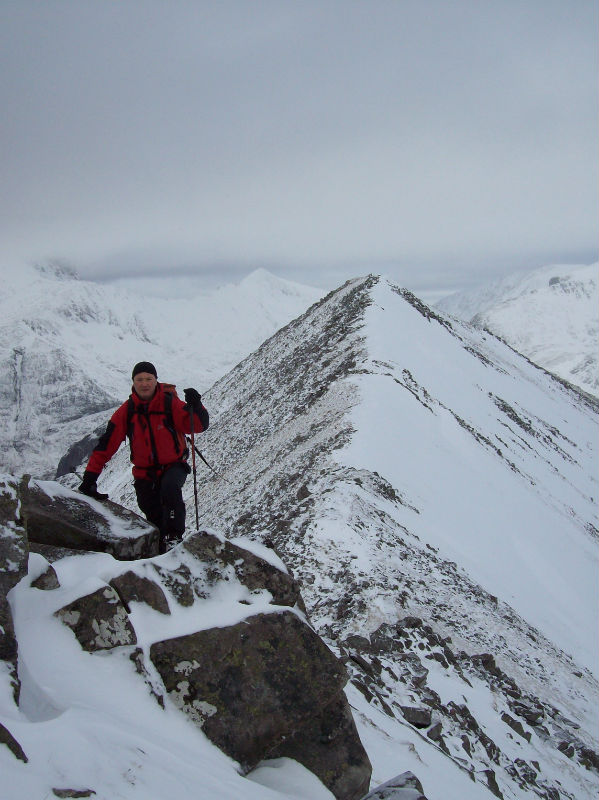 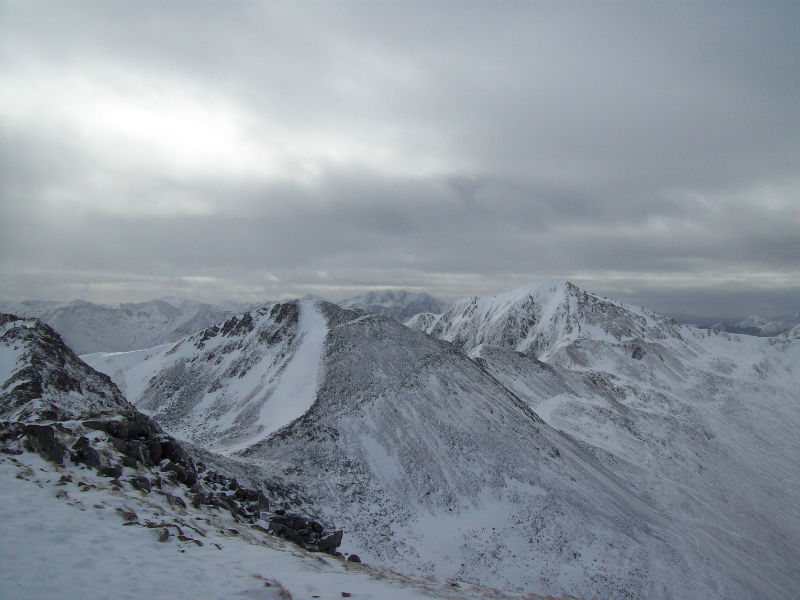 Am Bodach in the Distance 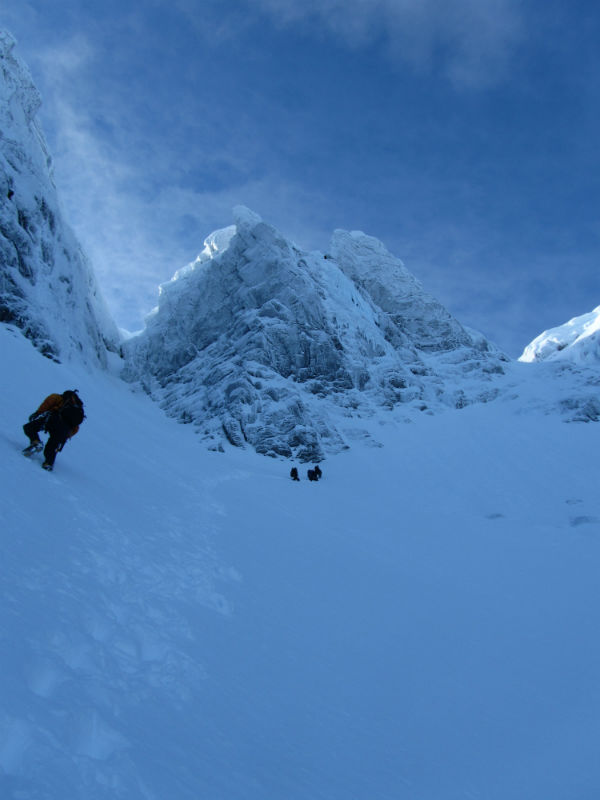 For mark and Paul Sunday day did not start off as planned with the early start delayed somewhat after I misplaced my car key. After 45mins of frantically looking and having woken everyone else up to look as well, it eventually turned up in my glasses case at the bottom of my bag. Sorry lads!! Not a good start and I did wonder if we were supposed to be out on the hill that day!

Anyway, we still got away about 7:30 and started the long trek up the Ben. As always, the path from the bottom car park to top car park provided a tough start to the day but it does ease and it was certainly a beautiful day to be out. With plenty of other teams out taking advantage of the fine weather we decided to continue past the CIC hut to the bowl between Tower Ridge and North East Ridge to get a better view of the higher ice lines. With teams climbing Zero Gully, Point Five and a thin looking Hadrians Wall among others we decided to have a look at the routes around Indicator Wall right at the top of the Ben.

The one big disadvantage of this is it’s probably another hour’s walk-in! Not to worry though, and having made it eventually we selected Indicator Wall Right Hand (V,5) which looked in great nick. The route was split into 4 pitches and provided some good quality steep ice, although while the route was in great condition for axe placements it wasn’t taking ice screws quite so well as the ice was rather white (full of air) as oppose to solid and blue. This made for some relatively spicy climbing given the lack of rock protection as well, although the climbing wasn’t too difficult. The route tops out very close to the trig point on the summit, although I was 10m short of rope for a very easy belay at the top.

All that followed was a few mugs of hot squash, an amble downhill to find No. 4 gully in the mist, an enjoyable bum slide as far as possible towards the CIC hut and a slippery walk along the frozen path back towards Fort Bill. And to top it all off we finished with a burger and curly fries in the Grog and Gruel….. ideal!! 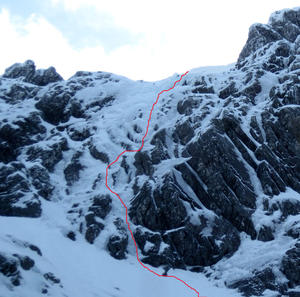