Sunday 29th April was the date for my planned SOC meet to the classical gritstone of Laddow in the Peak District but by Friday 27th the now familiar weather map of a deep low-pressure zone sweeping across the country suggested a backup plan was in order. It had been April showers most of the week, however Saturday was forecast to be fair although on the chilly side (8 degC) for April and with a strong 20mph northeasterly breeze. A quick drying, south facing crag with little runoff was required and since no such thing exists on Yorkshire grit, limestone it had to be. 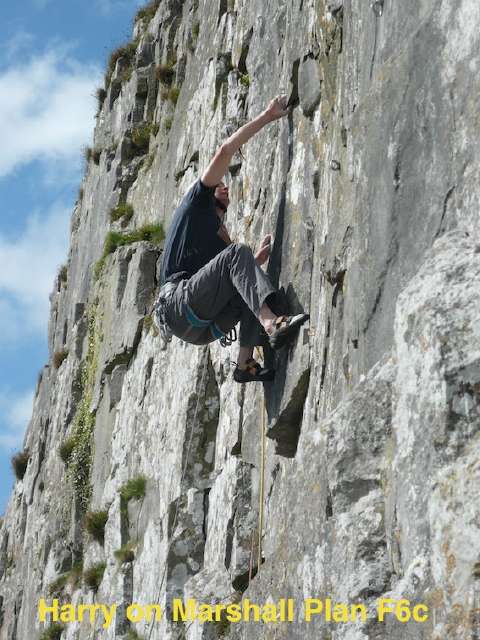 Now trad limestone in Yorkshire tends to come in two varieties: short, hard & polished (Twistleton, Attermire, Pot Scar), or long, hard & scary (Malham, Gordale, Blue Scar). Neither of these appealed early in the season, so sport climbing it was to be, and Robin Proctor’s Scar fitted the bill nicely.

Robin Proctor’s (formerly know as Norber Scar) is a relatively new sports crag in the Yorkshire Dales midway between Clapham and Austwick. It is home to around 40 routes in the ‘age-friendly’ F5 to F7a range, with routes up to 20m long. More importantly the walk-in is only a flat 20-30 minutes, it catches any sun going, and there are good pubs in both Austwick and Clapham. 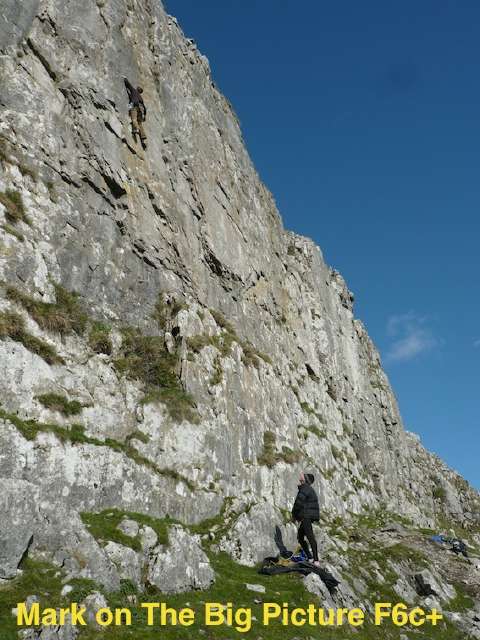 A quick post on the forum to notify the change of plans, but in the end just Mark Fairbank, Harry Middleton and I planned to meet in the Bedale car park at 10AM (aka sport climbers alpine start). Unfortunately an accident just off the Bedale turnoff foiled the planned rendezvous in the home straight and after a 3-way mobile conversation we rapidly re-arranged the car share to Ripon. A few more mobile phone calls (what would we do without them ?) and we finally managed to all be parked in the same street and headed off towards the A65 Skipton road. It has to be said that things did not look promising at this stage with heavy showers lashing the windscreen, but we persevered with the knowledge that the weather forecasts are never wrong …

And indeed they weren’t ! As we crossed the Pennines the clouds broke and the sun came out. After parking the car at the NT car park in Clapham we headed off on a pleasant stroll up to the crag, spoilt only by the fact that had we started from Austwick it would have been even shorter. Only two other parties were at the crag so we had the choice of routes pretty much to ourselves and opted to start at the easier end and see how far we got. One good thing about sport climbing at these grades (ie not working routes) is that there is not much hanging about and everyone can get plenty of mileage in. Many of the routes have in-situ lower offs (no need to thread) so you just pull the rope and the next person heads off. Everyone led all of the routes, except for the 6c+ which Ray wimped out of with some feeble excuse about a bad ankle. Harry was the most match-fit, having just returned from a week-long trip to Sardinia, and so was voted to put the clips in on the harder routes! In the end we climbed Tombstone Blues (F6a), Inertia Syndrome Revisited (F6a+), Wheels on Fire (F6a+), Fone Booth Connection (F6b+), Marshall Plan (F6c) and The Big Picture (F6c+). All of them excellent technical climbs, well bolted, and certainly worth a total of 8 stars. 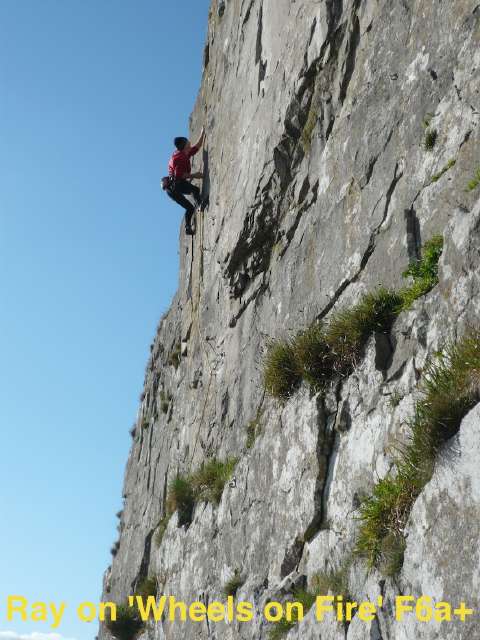 With no rain all day but a gale blowing over the top of the crag we climbed until around 7.30PM before retiring for an excellent pint in the Game Cock Inn at Austwick. Later we heard that even the ‘perma-dry’ venues of Kilnsey and Malham Catwalk had been lashed by driving rain. Always check the forum!