A number of planned attempts of Diccan Pot via the club programme have been unsuccessful due to wet weather, although Chris and I had a recent successful unscheduled trip when a spell of dry weather was taken advantage of. So with Diccan on the club programme again, I was forecasting weather more suitable for the club Kayaking section, however this did not materialise, and Richard, John G and myself were blessed with fairly low water levels.

After getting changed we met another group planning to do Diccan so decided to avoid congestion and do an exchange trip, we would set off first and go down Diccan, they would go down the much quicker Alum Pot SE route and we would meet up at the bottom and swap routes for the exit. 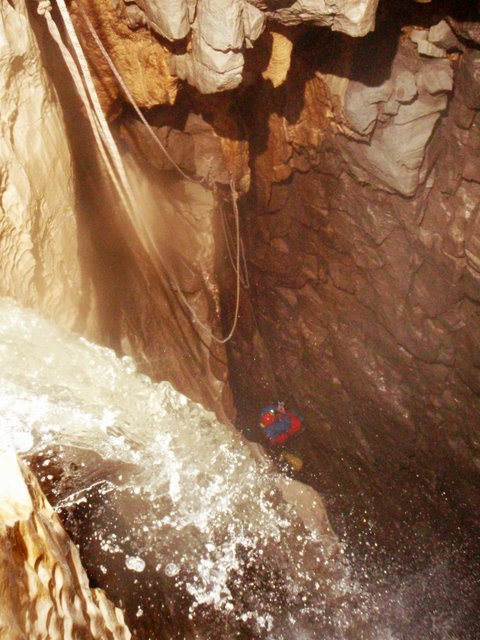 I was volunteered to do the rigging, which was very rewarding on this fairly technical and rigging intensive trip, by the time we all reached the base of the final pitch I feeling pleased with myself for completing the task and getting us to the bottom successfully. The timing worked out well and the other group arrived just as we did. 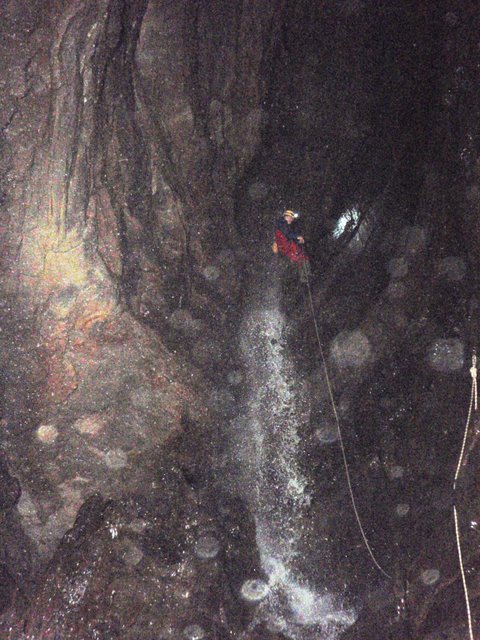 John and Richard exited out of Alum pot as planned, I decided to go out via Diccan, just to check my rigging would work ok going the other way! Progress out was rather slow, due to one member of the other group being less experienced at SRT than was perhaps desirable for such a trip, however with Richard starting to get a little worried waiting back at the car we finally returned, exhausted and a bit cold but having had a great trip.