Yellowstone National Park, ranging between 7000 and 10000 feet above sea level, is centred on one of the world's biggest calderas, and still shows plenty of evidence of the hot mantle plume responsible for the volcanism, with many geysers and hot pools, including the world famous Old Faithful. It is the USA's oldest National Park, well known for its bears, bison and huge numbers of visitors. It certainly isn't the first place you'd think of to go sea kayaking... location/route map.

Picking up boats from Jackson, some distance to the south, we drove through the magnificent mountain scenery of Grand Teton National Park to reach the southern boundary of Yellowstone and were soon at Lewis Lake. Here we packed up and put on, to paddle across. Keeping close to the shore, we passed bald eagles on some of the burnt trees still standing after the 1988 fires. 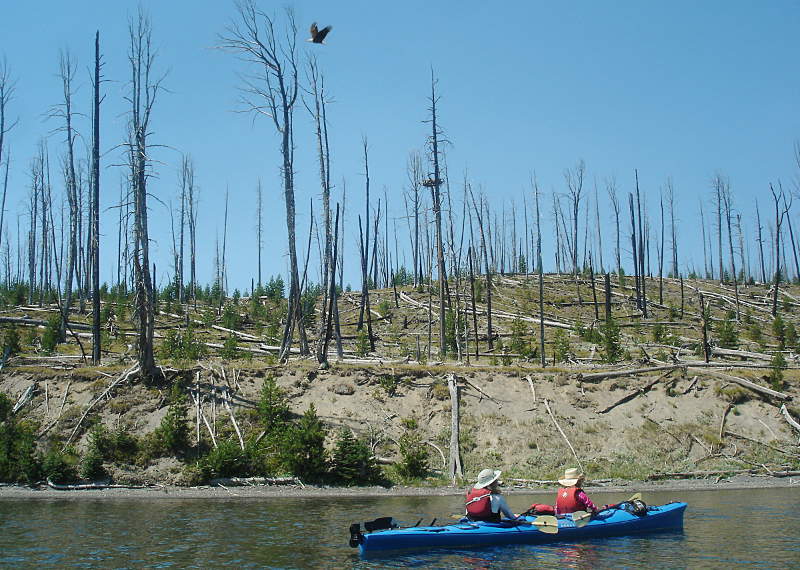 A bald eagle flies off its nest, Lewis lake

Some way across the lake, we came to the Lewis River channel, which flows into it and is the only bit of river in the Park on which boats are allowed. It's not steep and certainly isn't fast-flowing in summer, so we were able to paddle upstream until the low level meant that we needed to get out and wade, dragging the boats for the last mile or so to Shoshone Lake. 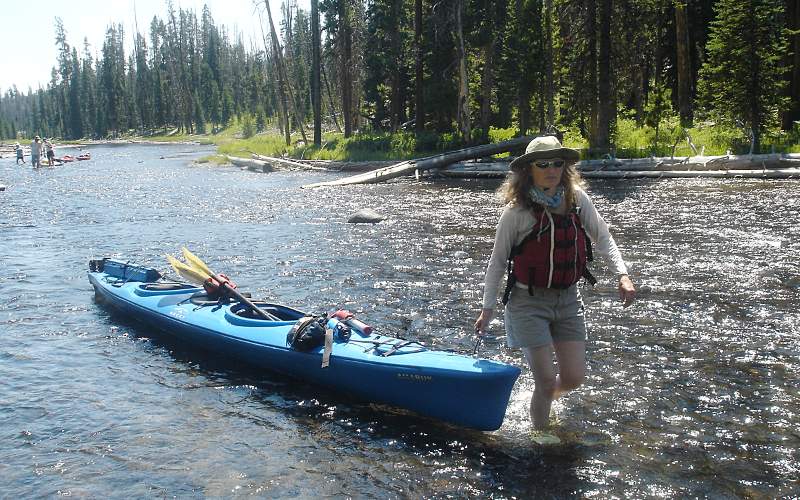 Cold water meant that not everyone was keen to wade towing boats. Guess who lost out ?

Here we had a relaxing half hour before paddling along the south shore to make camp on a sandy beach in the forest. The evening brought three river otters, but a walk revealed no moose (and, fortunately, no bears). 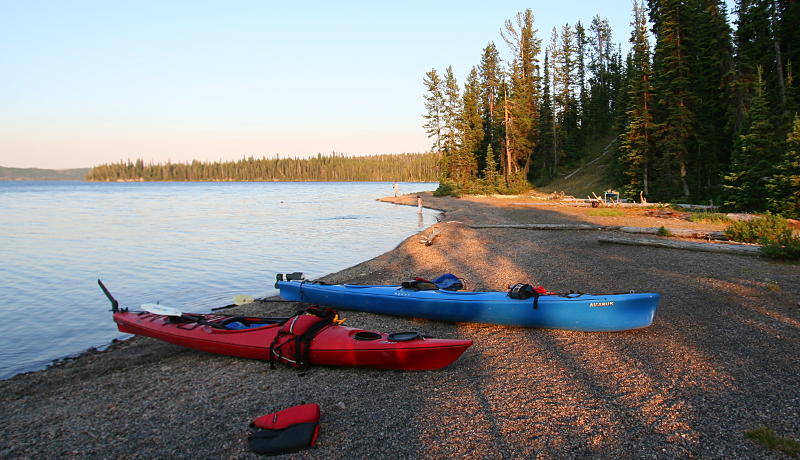 Evening at camp on Shoshone Lake

On the middle day of this three day trip, we crossed the narrowest part of Shoshone Lake to the north shore, and paddled west (passing a very laid back marmot). 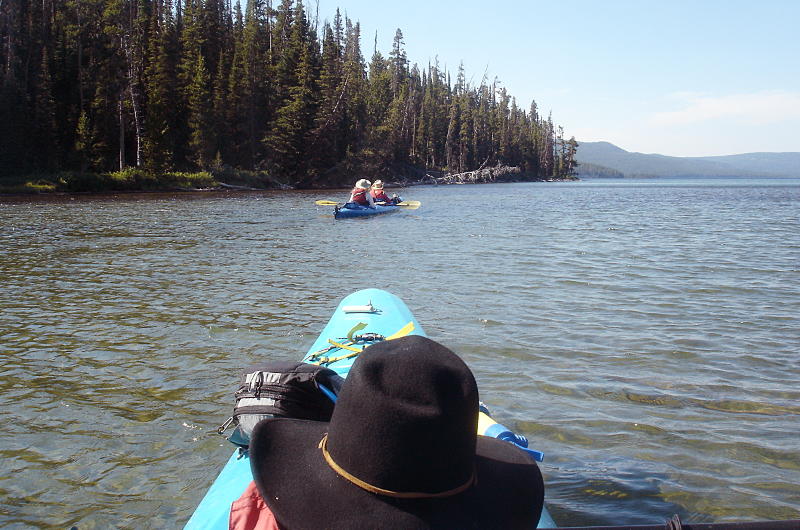 Setting off from camp, second day

to the Shoshone geyser basin - an undeveloped wilderness site without all the boardwalks and signage (and crowds) that characterise most of Yellowstone's thermal areas. 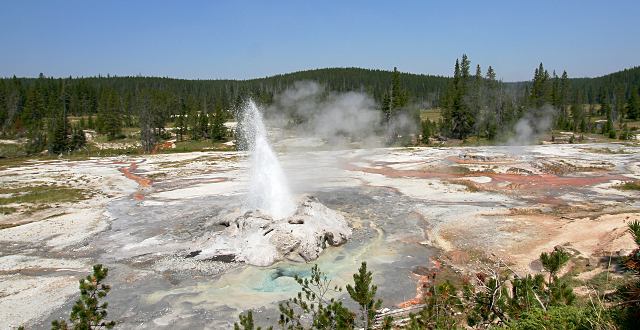 No crowds or fences in Shoshone Geyser Basin 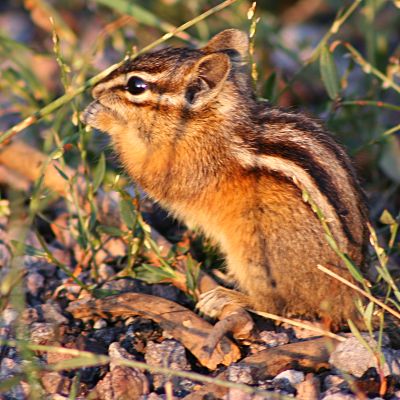 Back along the west and south shores (being buzzed by Osprey) to the camp, where the recent drought and sunshine had made the normally chilly lake quite good for swimming, as long as you didn't dive down through the thermocline. There was lots of wildlife, and the ground squirrels reminded us that it's not just bears on the look out for food to raid. 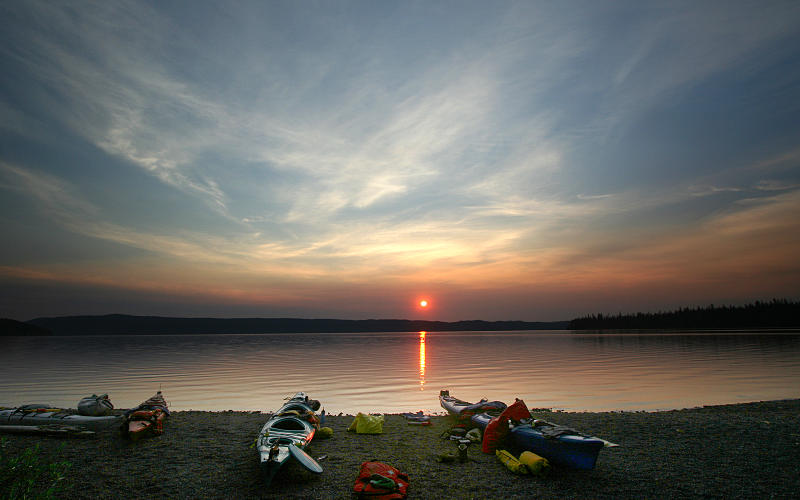 Jet lag made early rising easy (it was after lunch in the UK:)

Back to the eastern end of Shoshone Lake, we were soon paddling down to the river channel where the low summer level made getting down without exitting the boats something of a challenge, even though the boats were a little lighter after our hearty eating. Michael and I made a determined effort (plastic boats are the only way to do this) and stayed in the whole way - others had a bit more respect for the boats and paddle tips. The sound of a loon greeted us on arrival at Lewis Lake, and we were early enough (before afternoon winds picked up) to take a direct route back to the take-out. Not the most exciting of paddling (the Necky Amaruk doubles we hired would perhaps make better bathtubs) but unique for the scenery, wildlife, altitude and distance from the sea !