(or How to avoid Christmas shopping crowds)

The planning for this trip wasn't easy. The tide times were about as unhelpful as they could be, and I couldn't see any of our usual haunts which wouldn't end up with us paddling against the tides all weekend. So, we opted to head into upper Loch Etive, putting in at Taynuilt. There is virtually no tidal flow in this part of the loch, so we weren't going to be troubled with contrary flows, once we were more than about half a mile from the put-in. 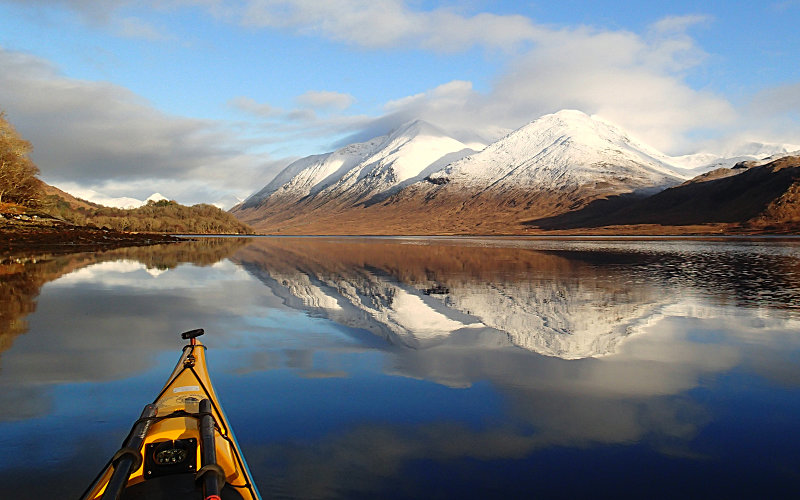 Paddling in a postcard

Three of us met at Ann's house, which is conveniently located about 10 minutes from the start. We were Ann, Gareth and me. Packing the boats took longer than expected. All of us had got carried away with cold weather clothing, and there was Christmas alcohol and firewood to get in as well. Anyway, once on the water, we were treated to fabulous scenery. 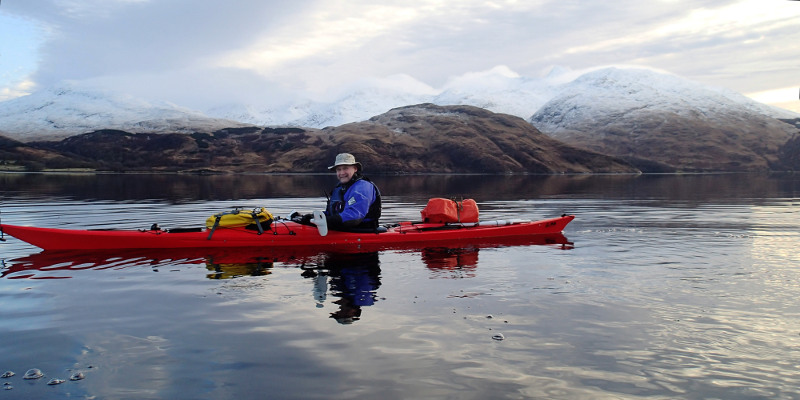 There was snow on the hills, a blue sky and a light but icy breeze in our faces. The mountains were stunning – Ben Cruachan to our left, Ben Starav ahead, Ben Trilleachan ahead on our left and in the distance, Buachaille Etive Mor and Buachaille Etive Beag, all with a good snow cover extending half way down their flanks. The loch takes a lot of water from the hills, so is not particularly salty. There were quite extensive patches of ice on the water, up to about quarter inch thick, needing us to act as ice breakers to pass through.

Although we were all carrying tents, it was suggested that we investigate a bothy, Cadderlie, a few miles along the North shore. Locating the bothy was fairly easy, and it looked to be spot on for us to stop there for the night. Having sorted that, we headed further up the loch, searching for another possible bothy, which Ann had read of a canoe club using. We found it, but it was locked, being a private rather than an MBA bothy. By the time we had eaten lunch and investigated this second place, it was time for us to head back to Cadderlie, before we lost the daylight. By the time we had carried our gear the hundred yards or so to the bothy, it was dark – about 3:45 pm. There was a small herd of highland cattle that watched us make our way through their boggy playground/toilet which stood between the beach and the bothy. Luckily, the hard frost had frozen it solid, otherwise it would have been a particularly messy and smelly walk. 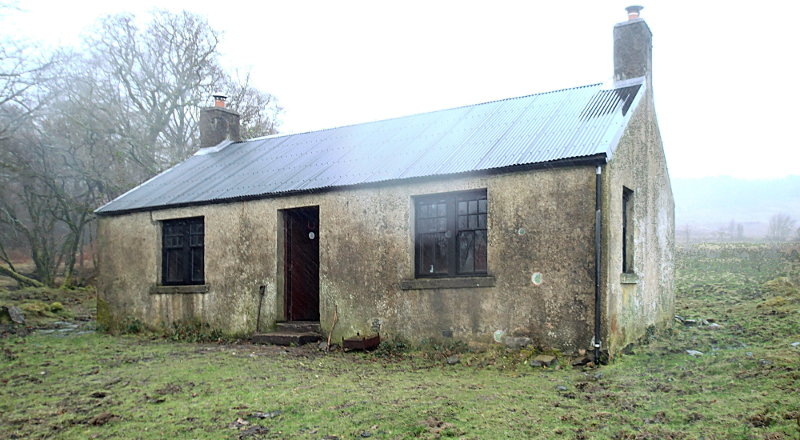 The bothy was in good condition, dry and almost clean. It's three rooms, two with open fireplaces and one with a couple of alpine bunks. 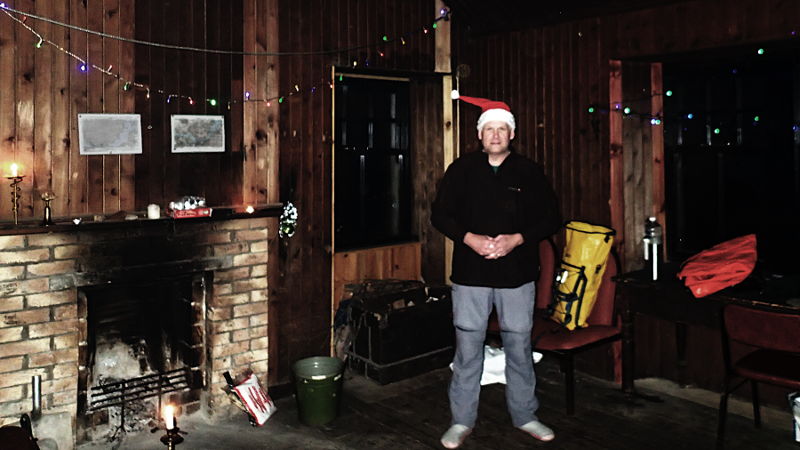 Well, it was nearly christmas

Food was prepared, and eaten, filling the cold bothy with steam. A small fire was lit. We didn't have enough wood for a big one, and we expected it to only last until about half past eight, then it would be bed time (still about three hours later than if we'd been camping). Just as we were starting to get ready to burn the last of the small supply of logs that we'd brought along, two young (by our standards anyway) chaps turned up, having walked in from Bonawe. Their journey along the icy track had been 'interesting', but they had brought a sack of coal and a bag of sticks, allowing us to delay bedtime until midnight as we swapped tales and alcohol. 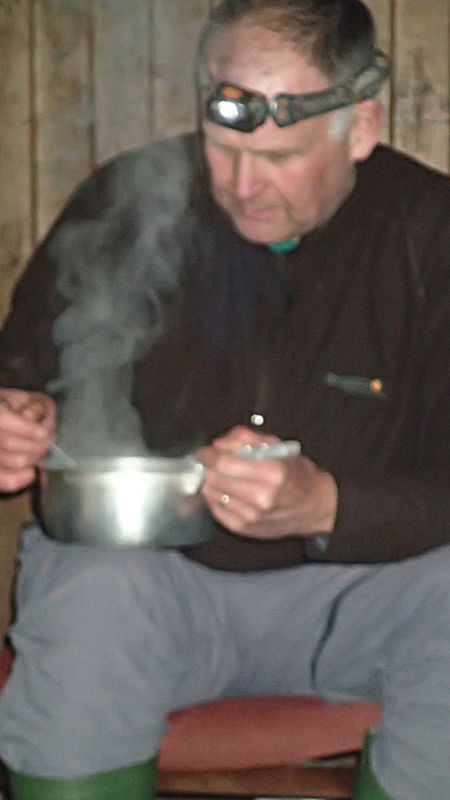 Sunday was Santa's surprise. Overnight, he had caused the temperature to rise, the wind to strengthen and brought heavy rain. There was still some snow visible through the low cloud, but nowhere as much as on Saturday. In view of the weather, plans to explore more of the loch were abandoned in favour of heading straight back to the cars. We were faced with a slog into a strong headwind with gusts that would have made you stagger if you were walking – perfect weather for paddling!

But we all agreed, it had been so good on Saturday, the poor conditions couldn't detract from a terrific weekend.

And it avoided a weekend of Christmas shopping and cheesy music....