It’s always a bit of a gamble when you plan a sea kayaking weekend in the autumn and winter. Weather and sea state are likely to change the best laid plans at short notice. The answer to this is not to plan in great detail, but have several options worked up which will allow the best to be made of the conditions. That was my approach to the weekend we had in Wales in early October.

Five of us gathered on a very boggy campsite in Caernarfon on the Friday night, in torrential rain. Plans were made to paddle the north coast of the Lleyn Peninsula, from Trefor to Porth Dinllaen. This is an easy but picturesque trip, largely unaffected by tidal flow. This was important as tides changed direction about lunchtime, so any trip with tidal influence would see us paddling against the tide at some stage of the day. We met up with Sam, a new member of the club at the little harbour of Trefor, and after the obligatory faffing with the car shuttle, we launched and headed south west along the coast. 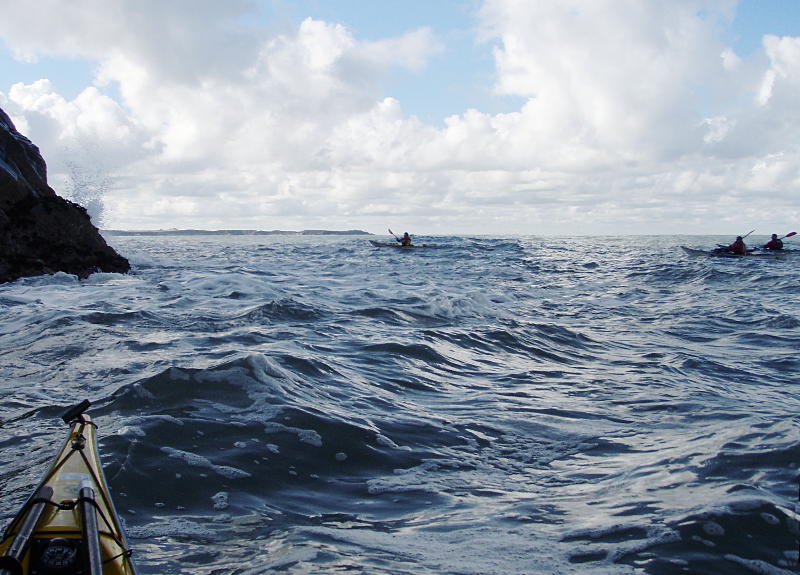 Miraculously, there was little wind, no rain and the sun shone. The cliffs are interesting, and we had a visit from a couple of seals. 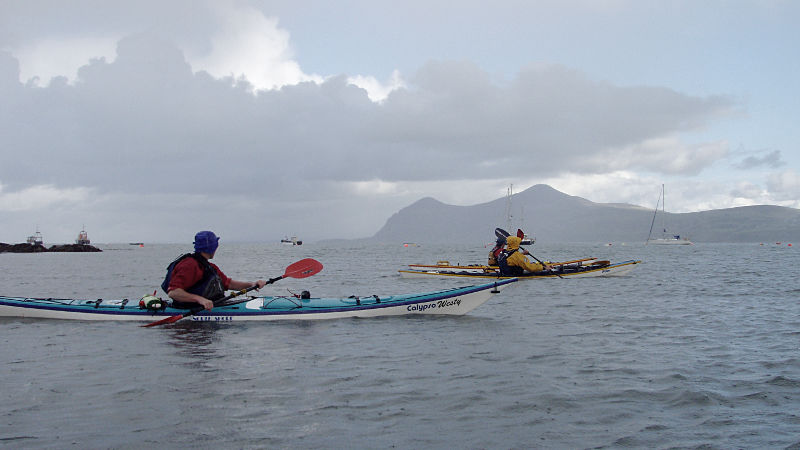 We stopped off for lunch at Nefyn, where Wendy left us to head directly to Porth Dinllaen, whilst the rest of us poked around the little headland which shelters the bay. Once out of its shelter, the sea was quite lumpy, and would be picking up as the tide increased, so we about-turned and headed back to meet up with Wendy. 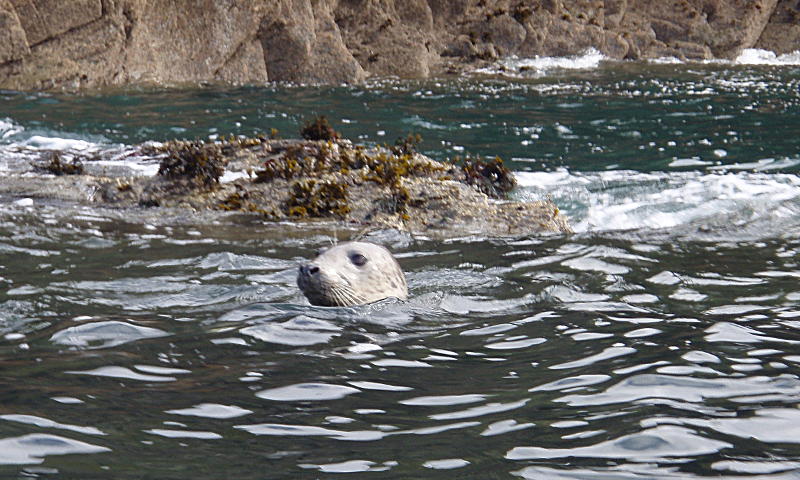 We spent a considerable time poking into holes and watching (and being watched by) seals. One cave gave a bit of a surprise when a noise like an oncoming breaking wave sent us scurrying out into open water, only to find it was the noise of seven or eight large seals hastily taking to the water, surprised by our sudden appearance. Heading back to Abersoch, we monitored the progress of a large black cloud coming our way. The rain from it was blotting out the world, so we were hoping it would miss us, and it almost did. 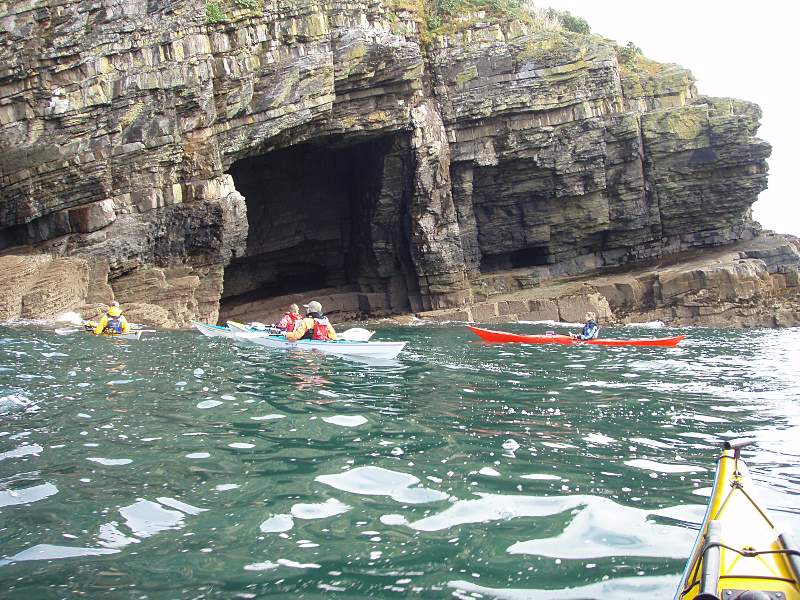 A cup of tea from the café at the beach, pack the wet gear and off home.

A really nice trip, getting the best of the weather in a pretty grim weekend. Thanks to Ann, David, Nick, Sam, Kate and Wendy.