Late May Bank Holiday in Mull

For several years, members of the canoeing section, along with assorted friends, acquaintances and sundry other hangers-on, have gone to Mull for the late May Bank Holiday.

This year, some only came for a few days over the Bank Holiday, whilst others managed to arrive early and stay about ten days. We were based at Fidden Farm campsite, overlooking the southern end of the Sound of Iona, camped on the grass immediately behind the white sand beach. 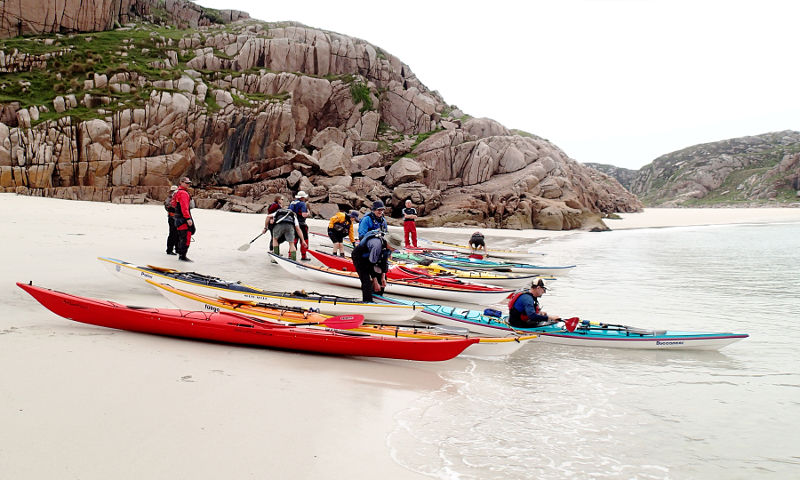 The first couple of days were wall to wall hot sunshine, but with a stiff breeze. As more people arrived, the weather started to change. In fact, change was the main feature of the weather all week. We did not have two consecutive days of the same weather. The wind speed and direction changed daily, sun appeared randomly, we had rain, fog and strong wind – not all at the same time though! This limited the options for trips, ruling out some of the more exposed journeys – West coast of Iona, Staffa and South of the Ross of Mull. Nevertheless, we managed to get several days of paddling in, with people walking or biking on the off days. The highlights were 13 boats going through the rocky islands south of the campsite to a beautiful beach for an extended lunch stop; another day when five of us went in the same area, but quietly floating with the tide seeing countless seals basking on the rocks, and a mink; on a day starting with torrential rain a few of us went walking on Ulva, with the weather clearing as we reached the small ferry to the island, and on the way back saw a golden eagle (on the drive to Ulva Ferry we met Nick and Kath, who had taken the opportunity of two days of heavy rain to go for a long bike ride – they were still smiling though). Some people went swimming, others took advantage of the strong wind one day to be dragged round the beach by a kite.

Loch na Keal with Ben More in the background

One evening, a battered camper drove into the area we were camped, narrowly missing Gareth's tent. When it was pointed out that it probably wasn't the best place to park, things got a bit heated, mainly because the occupants were drunk, and in the end Gareth opted to move his tent rather than risk it being driven over as they left for the early ferry the next day. In the morning, the van was still there long after the early ferry had sailed...

My personal highlight was the last day, when only two of us were left. Ellie and I paddled round Inch Kenneth (one time owned by the Mitford family) and to Ulva. Stopping for lunch on a beach, we found we were under a sea eagle nest, and the adult birds were flying back in to feed the young. We quickly moved and then spent quite a while watching these magnificent, and very large, birds. 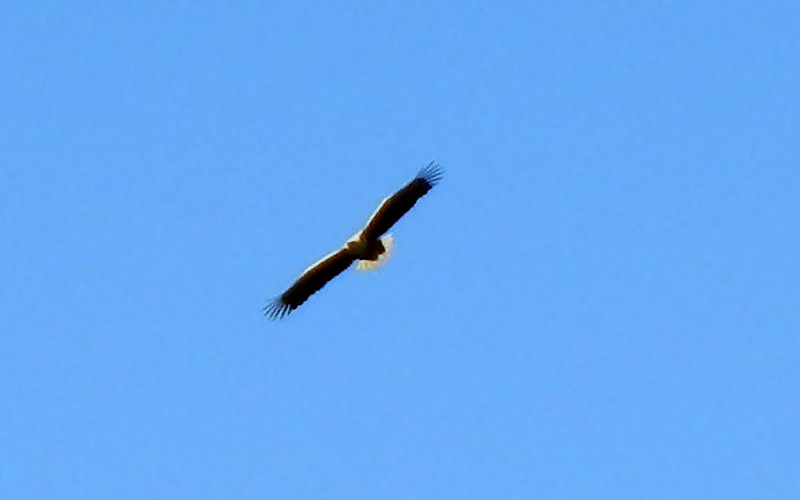 We also had a very close encounter with an otter. All this was to a backdrop of bright sun and crystal-clear visibility. 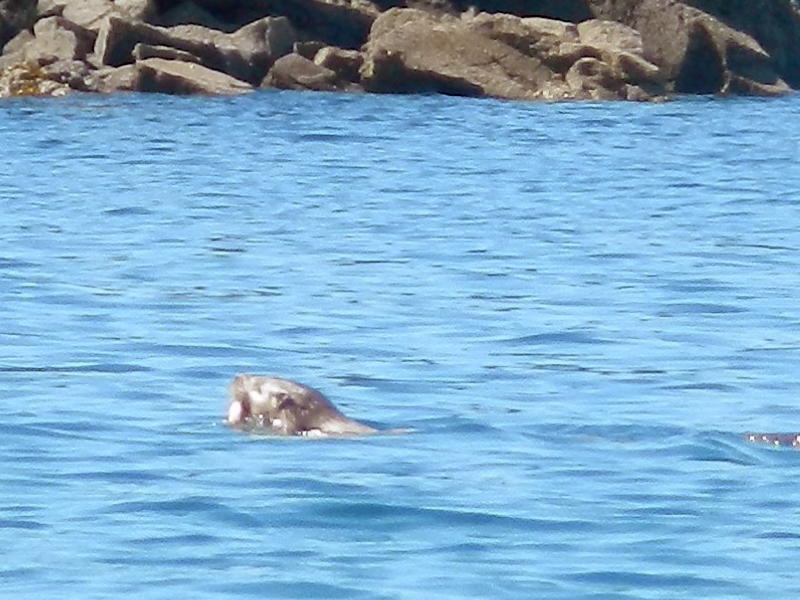 It's a pity the weather wasn't better for the week, but, on the whole, it was a good trip.