Wendy, Clive and I had paddled this area last year, but we wanted to have a return trip to explore the area some more. Three car loads of us met up at Glenelg on Saturday morning, and with remarkably little faffing, we were on the water good and early (by our standards). We headed south, intending to have a look into Loch Hourn, before camping in the Sandaig Island. Loch Hourn is noted as being subject to violent squalls, and whilst it didn’t quite deliver these, we had a hard slog into a cold headwind. 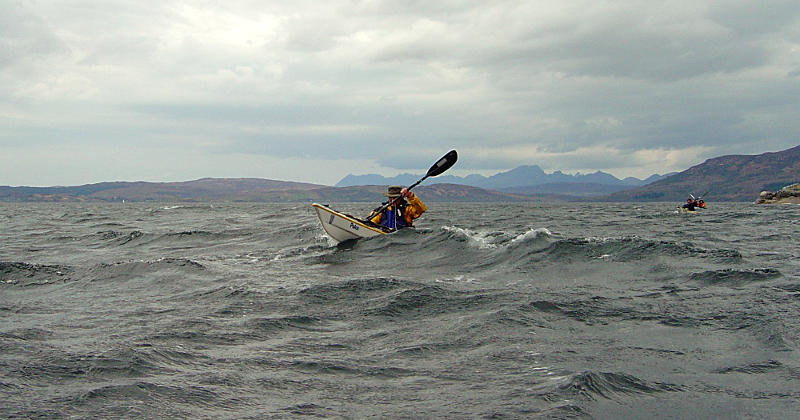 Nick battling against the wind

This took us up to Eilean Rarsaidh, which was just starting to come out covered in bluebells. A quick tea stop, then a much quicker trip with a stiff tail wind back to the Sandaig Islands for the night.

We had to get up to the start of Kyle Rhea narrows by about noon, to catch the tide at the right state. This short stretch can run at up to nine knots, so isn’t a place to get it wrong. We picked up the start of the tide and got a gentle helping push into Loch Alsh. We decided to head up to Eilean Donan Castle, getting the inflowing tide behind us made it a reasonably easy paddle, and there were even a few strong eddy lines to play in.

After being dragged round the castle as a child, I have long held a strong dislike of the place, and regarded it as the epitome of Scottish twee, suitable only to grace the front of boxes of shortbread.

I confess now to having a totally different view. It is situated at the junction of Loch Duich and Loch Long, and the inflowing tide splits around it and runs hard into both lochs. Very strong counter eddies are formed in the rocks around the base of the castle, which would make it almost impossible to approach in anything other than a sea kayak or a boat with a motor. It’s only weakness is the bridge linking it to the shore, which would no doubt be well defended.

Following our cultural visit, we headed back in heavy rain to camp near the north end of Kyle Rhea. The rain eased, then stopped, the sun came out and hey presto, we had a lovely evening, sitting on the shore watching the sunset over Raasay. 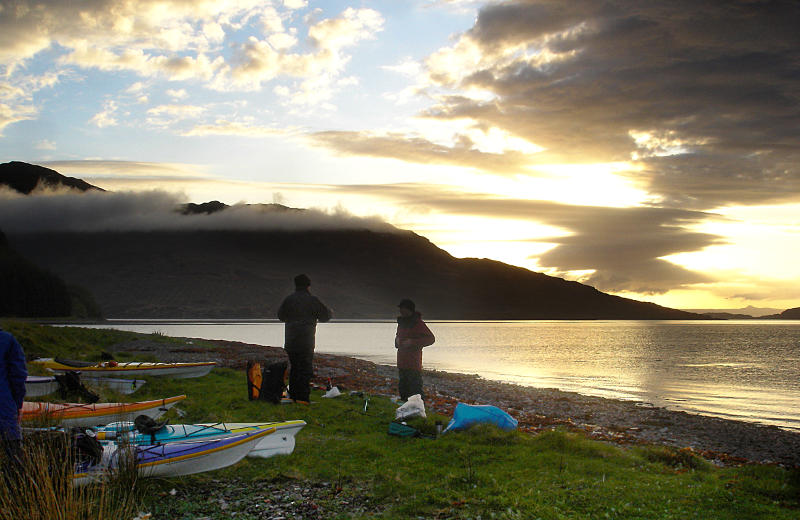 Monday morning, the tide was running fast in the narrows until late morning, so a visit to the hotel on the north shore for tea and bickies, before heading back across the Loch, luckily seeing a porpoise on the way, through the narrows and back to Glenelg - and Andy finding out that inside lights will totally flatten your car battery in under three days. 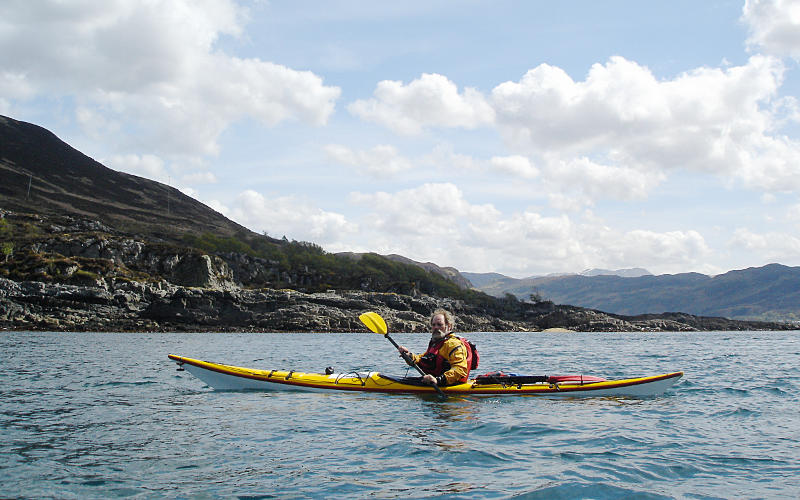 Thanks all for good trip

Additional notes on tides and weather, with links to resources (choose "Kylerhea" from the "Trips to Scotland" drop-down).