The weekend trip was to sea kayak on the Clyde, go round the Isle of Bute with various routes to allow for different weather conditions but it just looked horrible to the north and Friday evening at Westies house the four of us decided we would head south and explore the Yorkshire Coast. 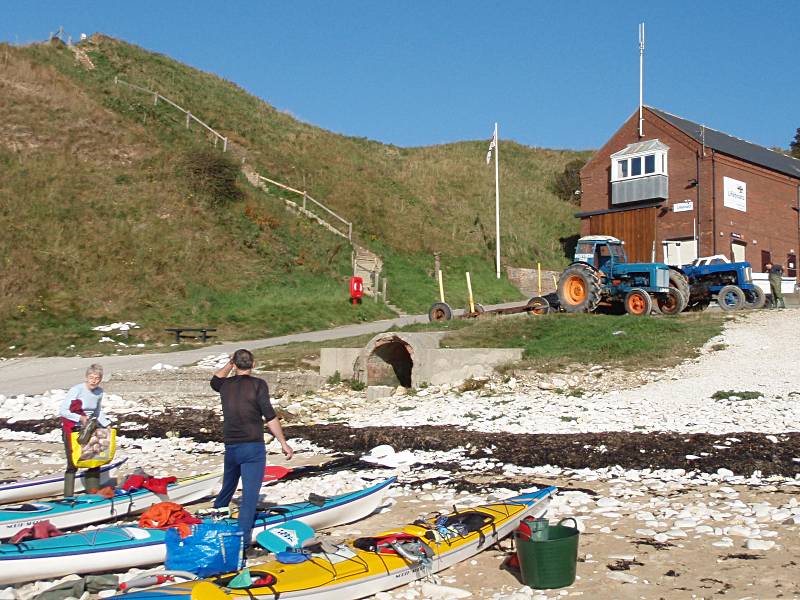 There was very little swell, ideal conditions for exploring a severe headland. It’s a big chunk of rock and we rounded the point without problems, soon coming upon North Landing, a nice sandy beach to have a brew. We set off again but Anna found she was now giving a lift to a lizard and had to land in the next bay to let it back on the shore! 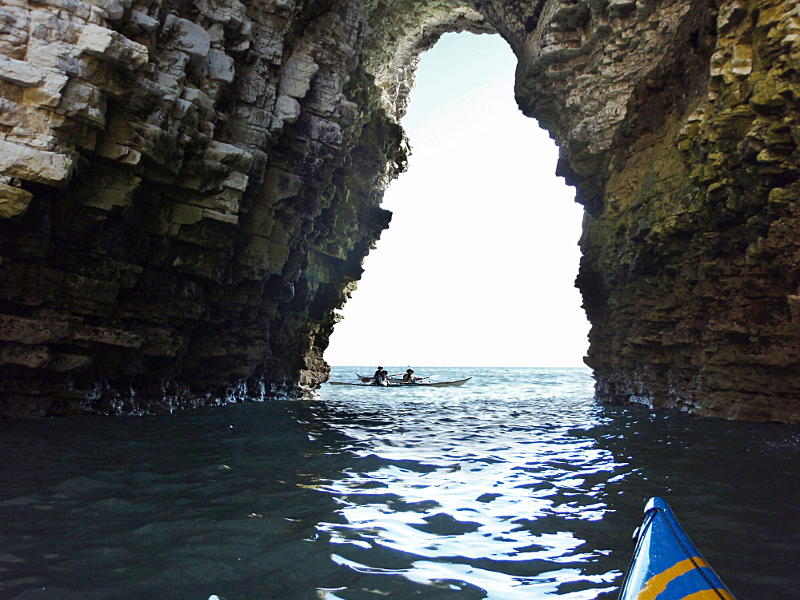 Heading north was just the most fascinating coast with loads of caves that we could explore, there were arches and a huge column in the middle of one bay. 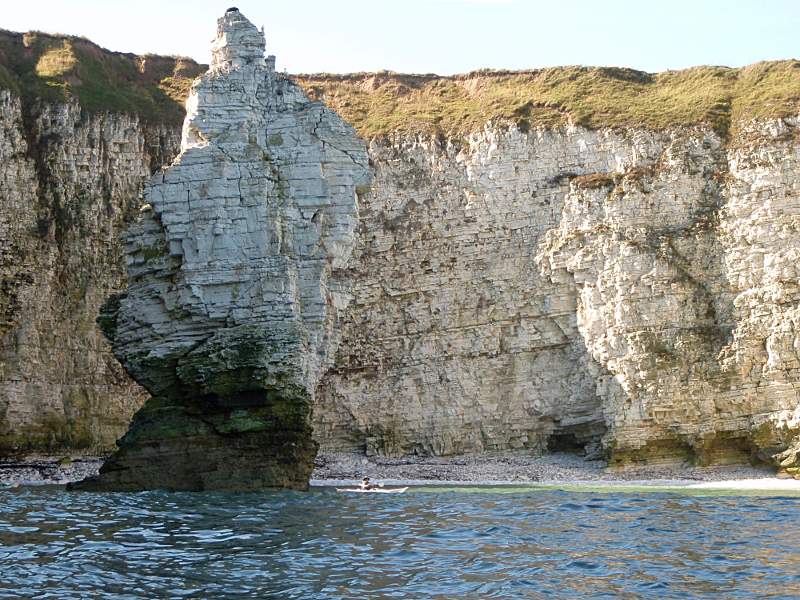 The rock formations were fabulous and we followed close in to the cliff all the way along to the beach at Filey. We landed at the south end of a huge bay with a long sandy beach, it was mid-afternoon and we decided to stop here and rather than continue north (our original idea) we would simply paddle back to our start point next day. 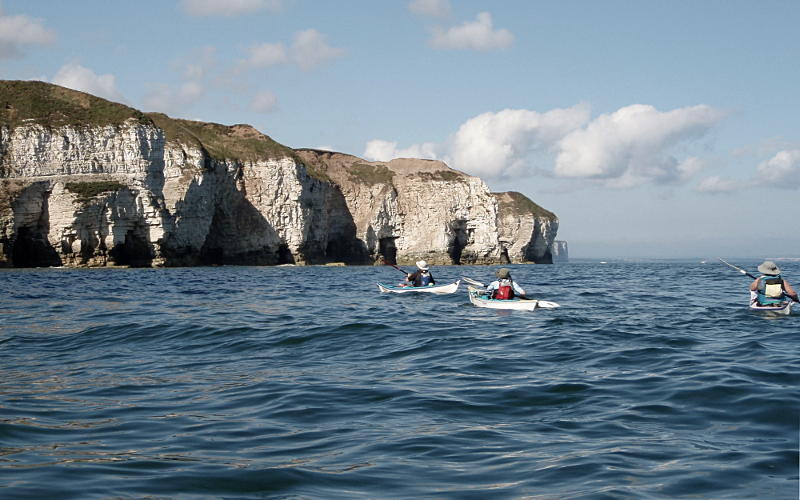 It was tricky finding a spot for the tents because the grassy areas at the back of the beach were all land slips so we had to pitch on the smallest of flat bits. There was however lots of dry wood so the fire was a welcome end to the day.

Sunday we were on the water early, we were expecting good weather with a freshening wind in the afternoon. There was more swell today so we kept further from the cliffs and had a great view of hundreds of Gannets circling above us.

Paddling into the sun we caught a glint of a line and as we came closer we saw that this was from fishing lines that were cast from the top of the cliffs. The anglers were stood up the top and these lines were very tough and tight. We thought about what would happen when they cast these lines from a hundred feet above us and moved a bit further out.

The café at the top of the cliff at North Landing made the walk worthwhile with coffee and slice of cake for £1.75 and good loos too!

Back on the water we had to give the headland a wider berth with a few more waves than the day before and as we beached at South Landing about 1pm it was getting windy. There was time for an ice cream from the RNLI shop as we packed up in the sunshine.

Altogether a really interesting trip with just fabulous weather, thanks to Ann, David and to Anna for organising us!