Several days prior to this trip I had informed the sea kayakers that the weather forecast was looking dire for the Bank Holiday weekend with winds at force 4 gusting 5, easing to force 3 gusting 4, plenty of rain and generally overcast and miserable. This of course did nothing to put off the SOC sea kayakers who adamantly still wanted out. So a group of 7 interested paddlers was duly listed for the weekend and all informed of meeting at Colintraive.

During the preceding week the weather eased and things began to look much better for our leisurely paddle in the Kyles of Bute.

On the day of travelling I received an email from a duo of paddlers who thought that they would try further afield given that the weather situation had changed somewhat, now we were 5. Not to be put off myself and Bryan travelled and set up camp the required 100yds from the pub, at which point we received a text message from one of the group who now couldn't get time off work so could not attend, now we were 4.

The two remaining paddlers duly arrived Saturday morning and after the usual packing faff we set off to round the northern tip of Bute and made our way southwest to the joining of Loch Fyne and the Sound of Bute where a coffee break was taken and decisions on directions discussed. Being four experienced paddlers, who actually mentioned going around Bute I cannot really remember but it seemed a good option to everyone at the time now the weather was on our side. 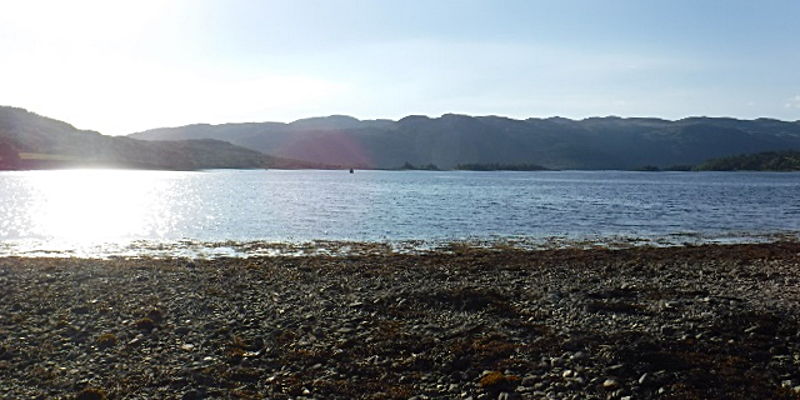 South we proceeded on a flat calm sea passing Inchmarnock island, the day trippers from the Bute kayak school, the Stand Up Paddle boarders and a host of inlets bays and sunny sandy beaches until at last we found ourselves approaching the southernmost tip of Bute.

Camp was made on top of some rocks to avoid the bulls, yes all three of them, paying us a visit during the night. But one of our number decided that better pastures were to be had a little further back and he upped sticks and moved for the night. That night the wind decided to blow and tents perched on top of rocks became quite noisy, sleep was fitful. It didn't stop the bulls snoring.

8.30am in the morning, bulls still keeping an eye on us, wind dropping off, breakfast on the go and our wayward paddler returns from his exile to inform us that he is turning around and heading back and with that message and our best wishes in his ears he paddled off into the distance. Now we were 3.

Pressing on we rounded the southernmost tip of Bute and paddled onwards into a fresh breeze with a slight chop to the sea. With Great Cumbrae island in the distance to our right we followed the coastline north for the next 12 kilometres passing Mount Stuart house, built by the 3rd Marquess of Bute in the 19th century as part of a neo-gothic revival. It is apparently the first house in Scotland to have been built with central heating, electric lighting and an indoor swimming pool, and probably contains more marble than any other house in Britain.

After rounding Bogany Point into Rothesay Bay and dodging ferries and local sailing club craft we crossed the bay and onwards across Kames Bay to the bottom of the southern point of the Kyles of Bute. Tired and with increasing difficulty of finding somewhere to pitch our tents for the night the monsoon rain arrived fresh from Loch Striven just to test us a little more. Huddled under our waterproofs we consumed the usual chocolate bars in consolation. 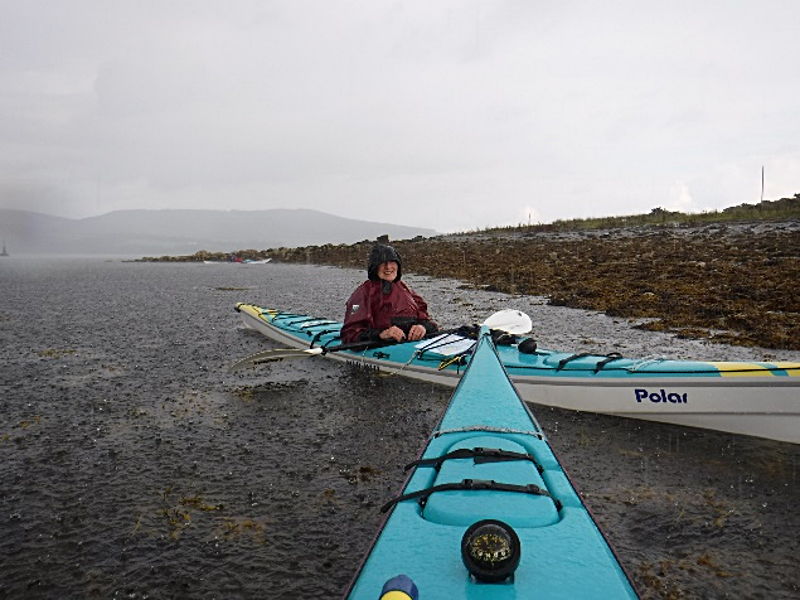 Finally, the rains eased and a quick check of maps, state of energy left in our bodies, distances and time calculated, we abandoned the overnight halt and decided to finish off the final haul up the south part of the Kyle back to our start point at Colintraive where of course we knew a good camp site 100yds from the pub.

Whilst not being planned for the weekend the 60 kilometre trip around Bute was successfully completed by the three oldest paddlers of the original 7. Thanks to everyone who showed interest in the weekend but especially to Ann and Bryan for their support and company all the way around on what proved to be a memorable trip. 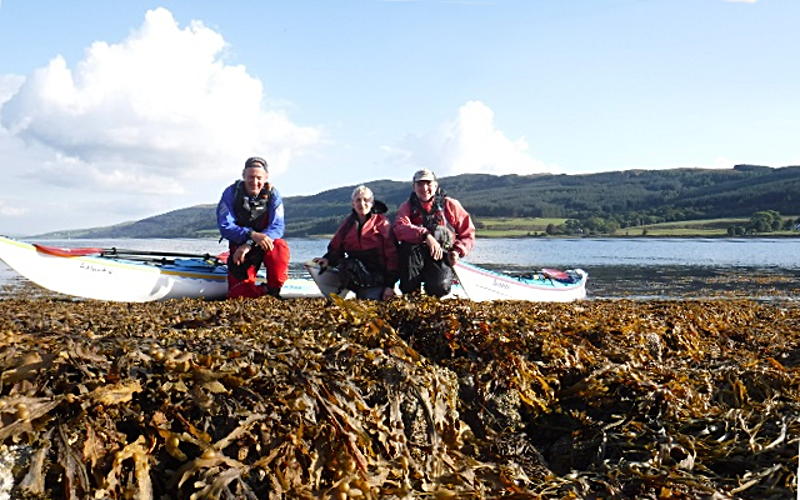