Sun and heavy showers, seals and landslides, coffee and cake but no mackerel !

The Victorian resort of Saltburn with its pier, and in the shadow of the cliff tramway, we launched in sunshine, resisting the pull of The Ship Inn even at 11.30 am. The plan was to follow the walkers on the Cleveland Way above us to Runswick Bay. 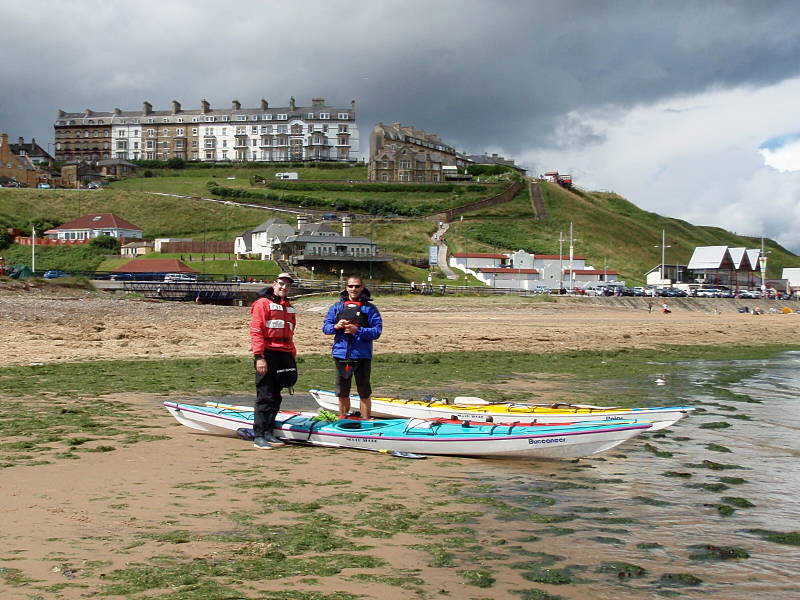 Getting ready to set off from the beach at Saltburn

It was a steady start after some local knowledge from a couple of returning fishing men, “it’s very windy a mile or two out”. A mile or two out! Had Pete and Clive changed the plans? We had the odd sighting of a seal on our way to the town that was once the home to Captain James Cook - ‘Staithes’ was our home for lunch. 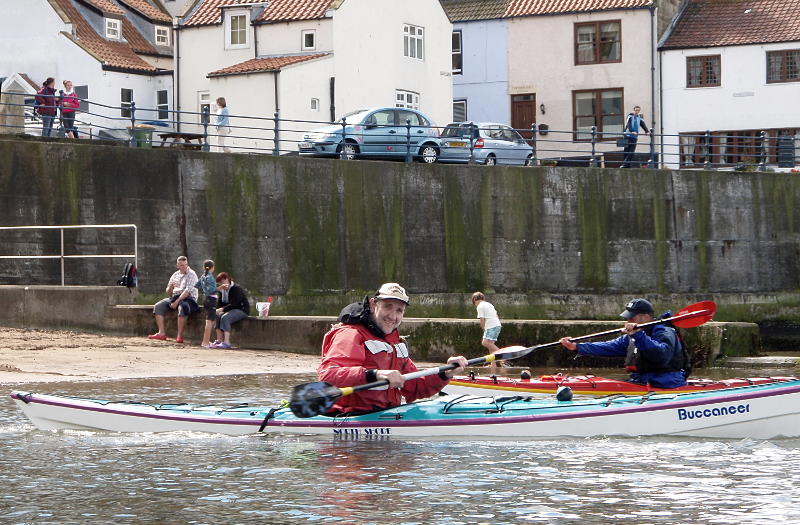 After leaving Staithes it was a quick pit stop on the rocks for Clive to remove a small stone from his skeg, fortunately for Clive the landslide happened once back on the water. I didn’t see it but certainly heard it. I thought we were lined up for another private air show for the second week in succession this time from an RAF tornado.

We soon passed the small harbour of Port Mulgrave, now inaccessible since it was filled by a much bigger landslide than what we had witnessed. But it didn’t stop Pete and Clive having a look, whilst I did a spot of fishing. I had the bright idea of using a crab line to trail mackerel feathers. The real reason why I couldn’t join them was that my line was snagged on a lobster pot rope. After a little backtracking and unhooking Pete and Clive we were back on our way. 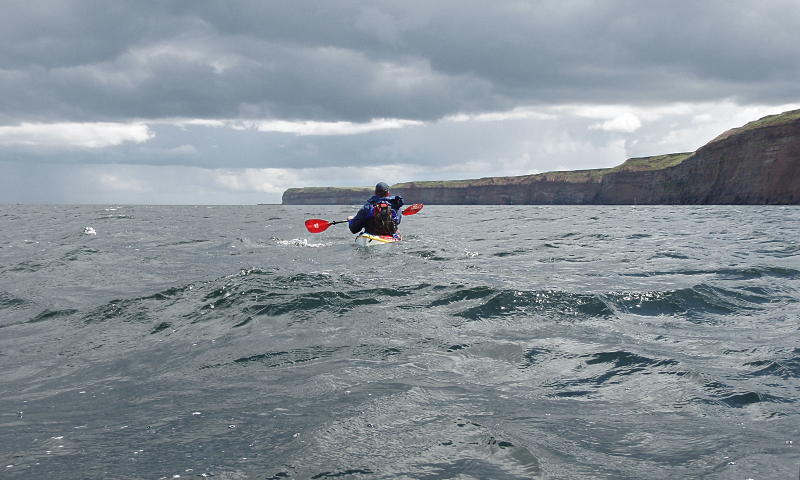 Paddling along the North Yorkshire coast

We finished with a little rock-hopping as we approached the sandy beaches of Runswick Bay, and right on cue the heavens opened for the umpteenth time, clearing the families from the beach. We sought shelter in the cafe with coffee and cake and an ice cream for Pete, whilst admiring the view across the bay before making our may back to Saltburn.