Both Austria (two different bits) and France were visited by SOC paddlers this summer, but the Durance valley, camping at Argentière la Bessée was, as usual, the main event. The West, Adams, Waddington and Graystone families, and various individuals, (not all SOC members) Bill, Niki, Penny, Lisa and Richard, paddled over a two week or so period in late July which started with temperatures up to 40°C and didn't get much cooler except during brief storms.

Snow had been in short supply last winter, so water levels were on the low side, though those odd localised thunderstorms did keep one or two rivers topped up from time to time. Consequently, we spent quite a bit of time on the Argentière and St. Clément slalom sites. 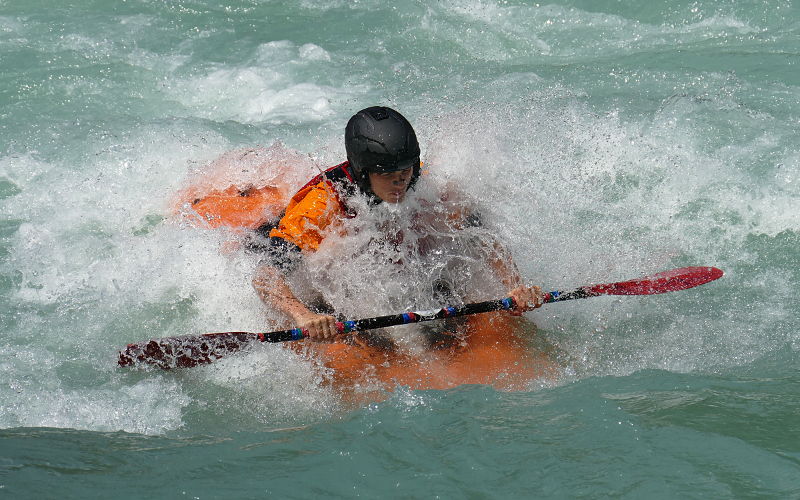 Playboating is all about getting wet - Alastair on the top wave at St. Clément is certainly doing that...

Glacier melt in the extreme heat seemed to be providing a bit more water than we've had for the last couple of years on the Upper Guisane, which should have made the S-bends easier, but we still managed to have a couple of upsets - there are still enough boulders that it doesn't pay to get sideways! Alastair's boat navigated itself very neatly to the eddy where Andy was waiting to grab it, whilst Penny's made a bid for freedom incurring a bit of a chase. All reunited, we continued without incident down to St. Chaffrey. 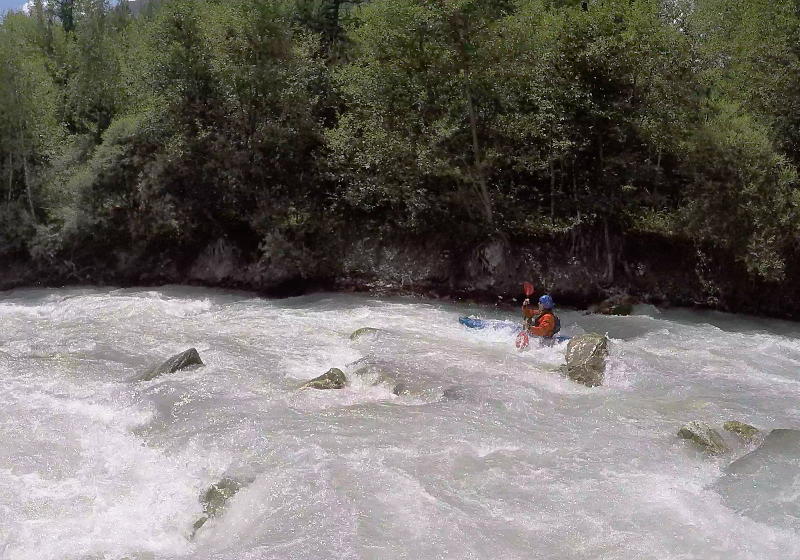 Dave probably got the best line on S-bends.

We paddled several sections of the Durance, got just enough water one day to paddle the Gyronde, and following a visit to the (rather low) Upper Guil in two groups, Dave, Alastair, Johnny and Michael paddled the Chateau Queyras gorge. 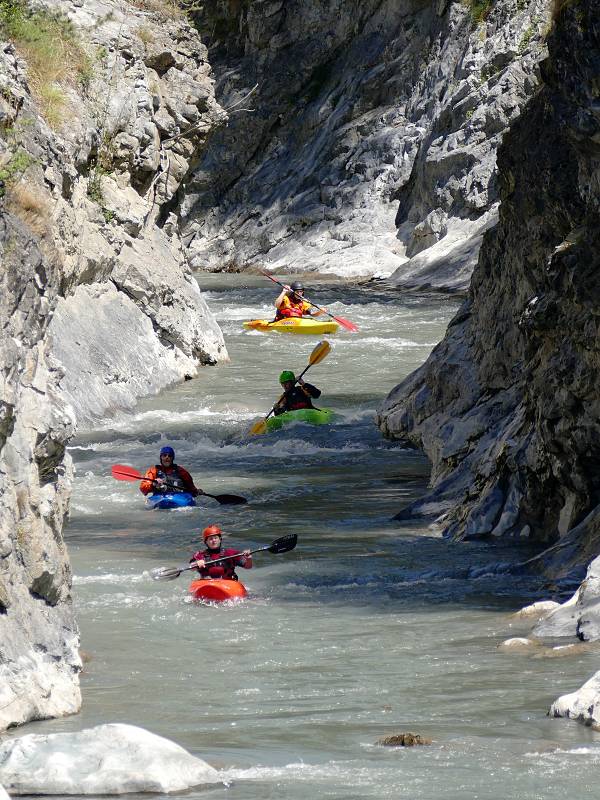 A triumphant exit from Chateau Queyras gorge with everyone upright (now).

Michael and Alastair went on to paddle the Middle Guil from below Triple Step, right to the end, joined for the first few kilometres by Mary. Staircase proved a little difficult in the low water, with one step in the middle having no feasible line, so a short portage ensued. Tunnel proved easier than it looked, but the supposedly straightforward run down from there to the end held one or two surprises. 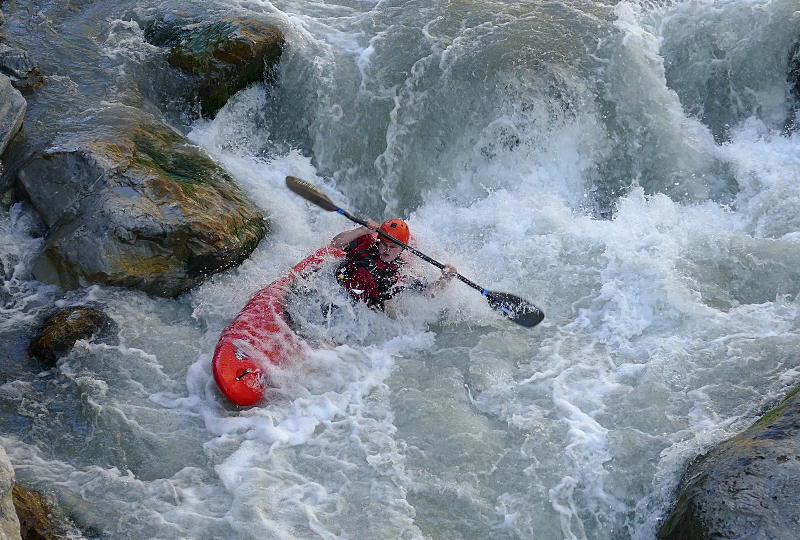 We knew from Sarah and the Leeds Uni paddlers that the Ubaye racecourse had, in June, been at the sort of level we normally expect at the end of July, but we had been assured that it still had enough water to run, so Andy, Mary, Michael, Bill, Niki, Iggy, Dave, Alastair and Johnny split into two groups. Only one brief inspection proved necessary (and only for the first group to arrive) and the run was pleasantly uncrowded and almost entirely successful, despite one or two people constantly expecting hard rapids to appear around the next bend. At this level, they never did. 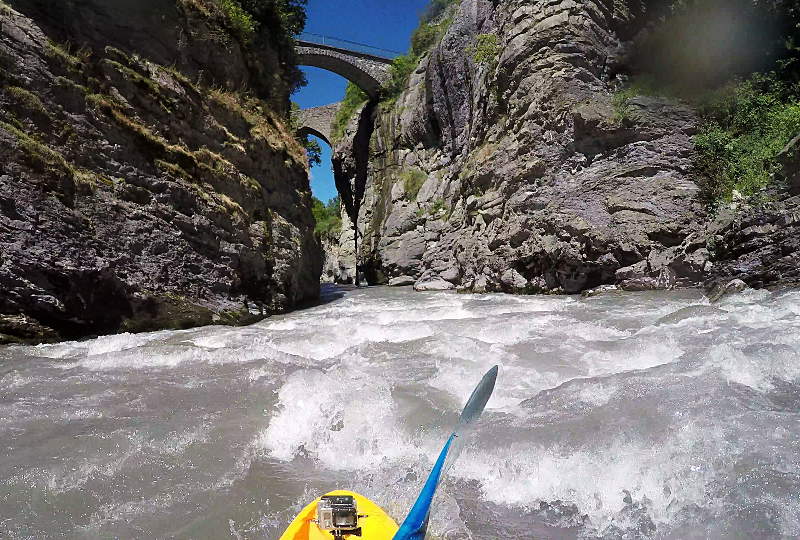 Dropping in to the final gorge on the Ubaye Racecourse.

A group returned a week later to paddle again, this time including Sarah, and found it at a similar level, but rather more infested with rafts, which caused a delay at one or two rapids. Of course, there was the usual spread of alternative activities - lift-assisted downhill mountain biking at St. Chaffrey, canyonning (Béal Noir, and Fournel, where jumping from a great height into a shallow pool almost stopped Johnny from doing anything for the rest of the trip), walking (including Andy's first 3000m peak for two decades) and via ferrata. Oh, and maybe an odd bit of drinking.