Summer on the Tees

We couldn't have really asked for more fortuitous weather: a solid day's rain on the Friday followed by a warm and sunny Saturday meant the levels were just about perfect for a jaunt on the upper Tees.

Dave Peel led a good sized pack of mixed ability paddlers with only a couple of late cancellations dwindling the numbers, but back injuries and broken toilets aside the magnificent seven were in good spirits and put in around 11 for an initial scrape leading to an early swim and rescue for newcomer James.

Confidence soon soared, however, and all but one of the group attempted the Dog Leg with only a single line thrown.

A half drowned yours truly was then rescued just above low force before the entire group made it over the falls, although not all on their first attempt. 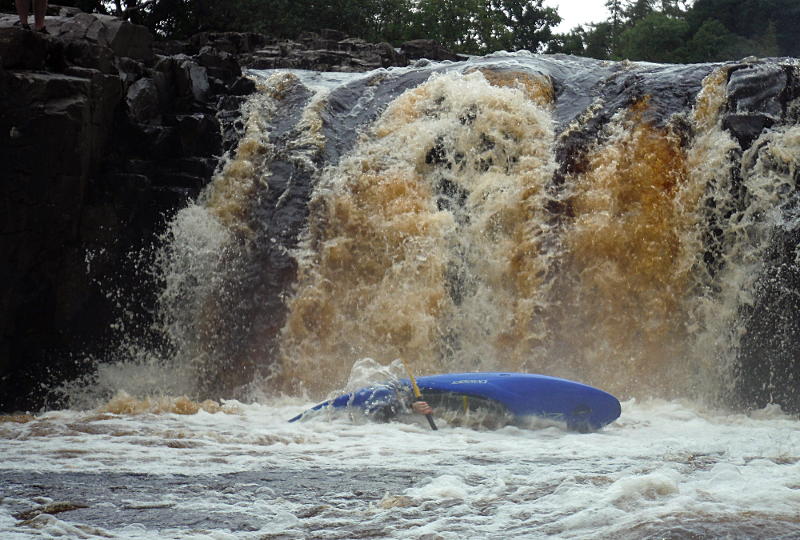 One of the less successful first attempts...

It's easy enough to try again...

Taking out to do laps on Low Force

By this time 7 had become 8 and we journeyed on, perhaps a bit further than we should, leading to a long and tired walk back through the woods.