The South Tyne from a Kayak Novice Perspective

Let me explain first that novice doesn't always mean young. I decided to take up kayaking as a 50th birthday present to myself with the aim of gentle paddling on lakes or barely moving water. However, with each outing I felt the need to have a go at something a little more exciting and eventually took the plunge, both metaphorically and literally, and joined SOC.

My first trip with SOC saw me tackle a run from Middleton-in-Teesdale to Cotherstone including the famous Racecourse section. Despite an embarrassing swim on a simple section of the river, and running the last part of Woden Croft minus a paddle, I wasn't put off and set off for Alston for my second outing.

On Saturday morning a quick check of the FishPal website showed the South Tyne at Alston at a month high level of 3' 10" having risen from only 10" on Friday. Imagine my disappointment on Sunday morning when the river level had fallen just as quickly and was now only 1' 4". Still looking forward to the trip I set off and 50 minutes later arrived at the Alston railway car park where Andy and James had already arrived. Another group were just heading off to the North Tyne which was apparently pumping so by the time Ann arrived there was talk of finding something with more water. A little reluctantly I was prepared to offer to miss out rather then test my limited skills on water clearly beyond my ability level. Thankfully by the time Penny, Will and Emily arrived the decision was made that there was just enough water to paddle down to Slaggyford. 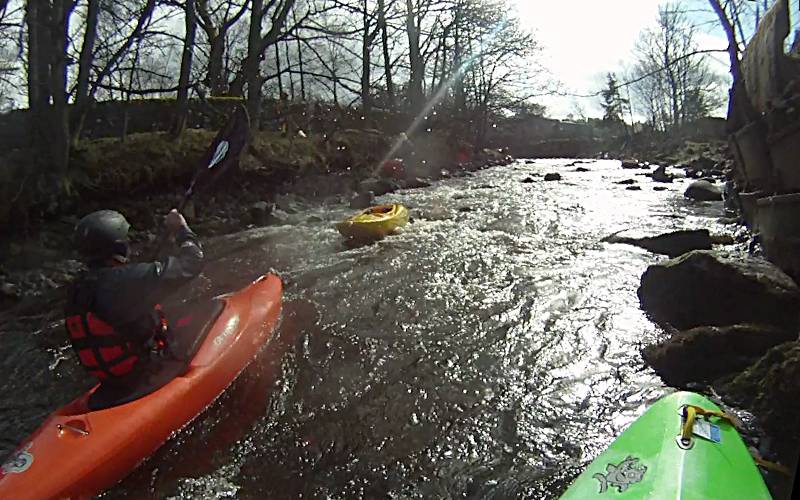 I know that SOC doesn't offer instruction but, to all you novice paddlers, lesson number one should be "never let go of your boat while lowering it down a bank into the river". Fortunately, and not for the only time on the trip, I was grateful that James was on hand to rescue the situation.

Safely installed we set off having been briefed that this section of river, although not difficult, was pretty continuous grade 2 and so it turned out. A couple of easy shingle rapids were negotiated and I was starting to feel quite confident, always a bad sign. Eddying out near a bridge I relaxed just too soon and made the mistake of failing to spot the only rock in the eddy. I rescued myself but was more than a little embarrassed that I'd taken a swim so early in the trip. 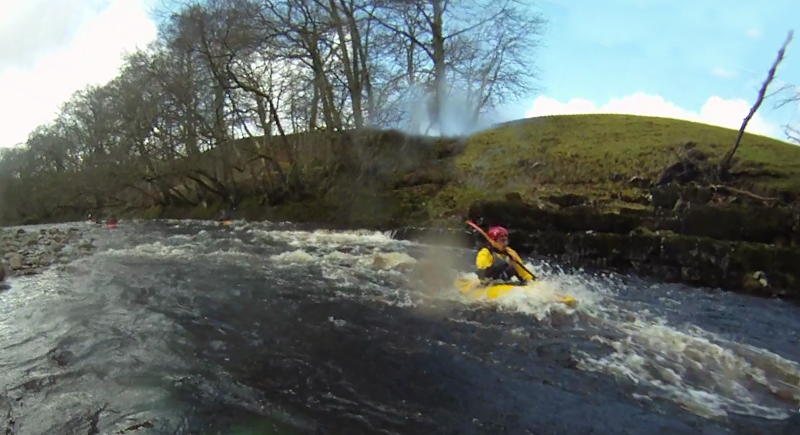 Being a glutton for punishment I got straight back in and off we went again. A couple of the rapids became a little bit more technical and Ann was doing her best to encourage me by complimenting my lines and technique on a couple of occasions. I was really starting to enjoy myself at this point with a few nice bouncy wave trains connecting the rapids. 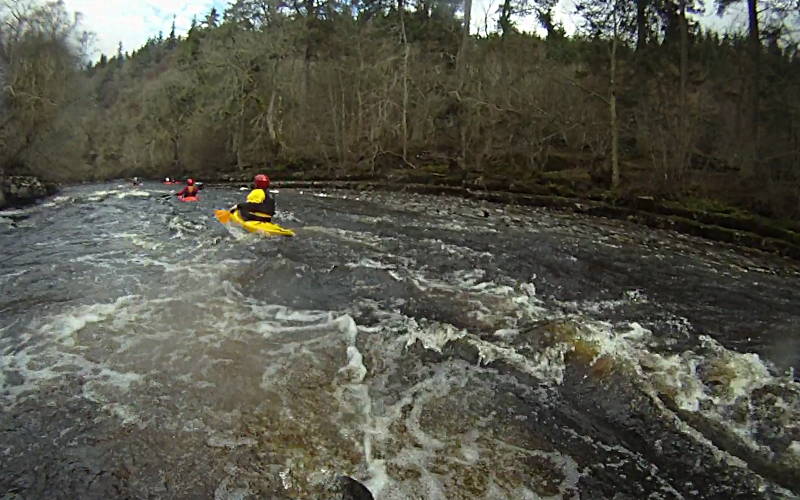 All was well until we came to (what I will call) a nearly grade 3 rapid. Andy and James led through and I was last but one with Ann looking to pick up the pieces at the back. I was looking well ahead down the rapid but left it too late to paddle around a large rock at the entrance to the section and managed to pin myself against it.

The river wasn't too deep at this point and I could just keep my right hand on a rock on the river bed to keep my head above water. I had a choice to make, either keep myself supported or keep hold of my paddle. It was then I realised that my spraydeck had popped off, so the paddle had to go and I concentrated on staying as still as I could against the rock. Ann and James came to my rescue with James using his throwline to help me to the bank, whilst Andy fielded the boat a short way downstream. A little cold but not deterred, I got back in the boat and, after checking the line with James, set off through the rapid. It just seemed so easy and even Penny commented on the good line I took, praise indeed. Why can't I do that every time? 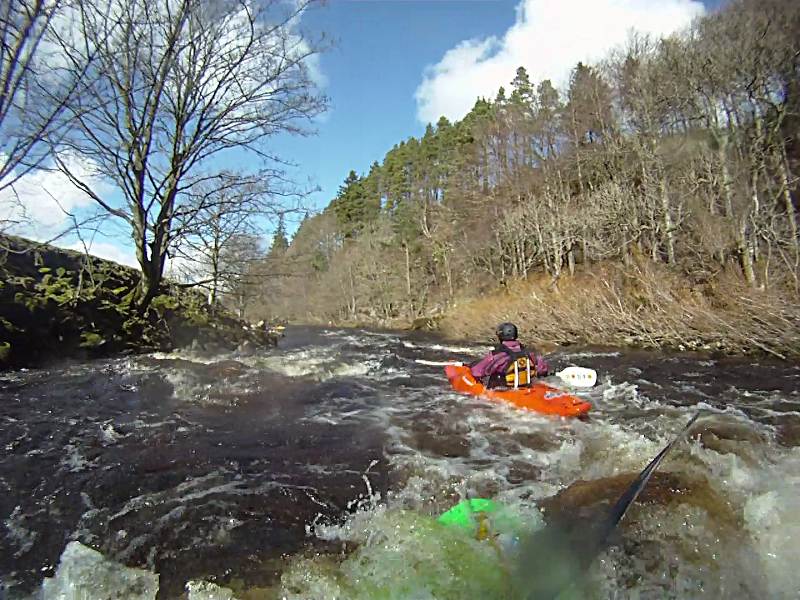 With no more dramas we eventually arrived at the bridge at Slaggyford and I followed Andy river left and got out of my boat only to find everyone else river right - Andy was just going to play on the final wave. I remembered Penny saying right at the start of the trip not to follow Andy and suddenly realised why. Back in the boat for a final ferryglide across the river to the get out and the end to a really rewarding trip for me. 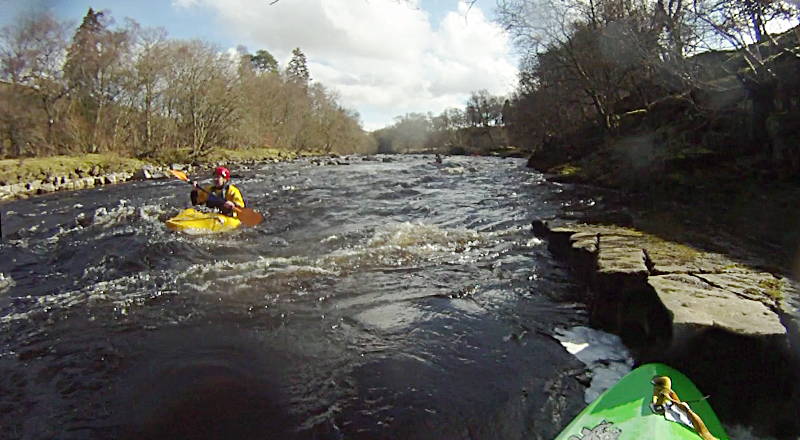 The hour drive home down into Teesdale flew by with me reliving my experience numerous times along the way. At first I really wasn't sure whether this trip was for me but having taken Penny's advice of "giving it a go" I'm really glad I did and would recommend this trip to any other novices looking to improve.

A big thank you to everyone and especially to James for rescuing both me and my boat.