Roy and Fechlin - colder than Uganda

Booked months in advance, no amount of pre-planning could stop last minute changes before eight of us got away for a weekend in Scotland. On Saturday we didn't travel far - just a few miles down the valley to the Middle (and Lower) Roy, which was at a nice level. Stuart had just come back from some very warm white water paddling on big-volume rivers in Uganda, so found the temperature a bit of a shock... 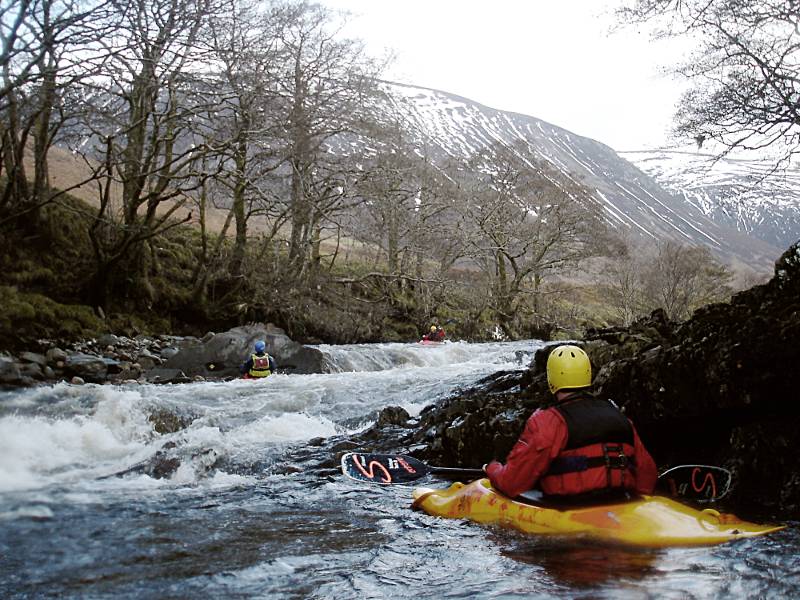 Low cloud and miserably dark lighting meant there were very few photos once we were down in the gorge under the trees (might also be something to do with the amount of time I spent out of my boat in the water, but at least I wasn't the only one :) This proved to be interestingly technical throughout the gorge, with tight turns and magnetic rocks leading to various rolls, swims and one boat pinned upside down in the water with its occupant who decided to exit smartly only to find that everyone else interpreted his hand signals to stop as being the go-ahead for each to paddle almost over his head ... well, there wasn't much place else to go !

Continuing down the Lower Roy proved much more relaxing with a variety of boulder gardens and play waves to the takeout in Roybridge. Scottish daylight hours made for a long but jolly evening in Gavin's hostel, which didn't aid an early start up to Fort Augustus and Loch Killin where we put in at the top of the River Fechlin. This was perhaps a little low at the top, but as it narrowed down, there was enough water even after a new weir took yet more of the flow away (as well as flooding one long set of rapids). 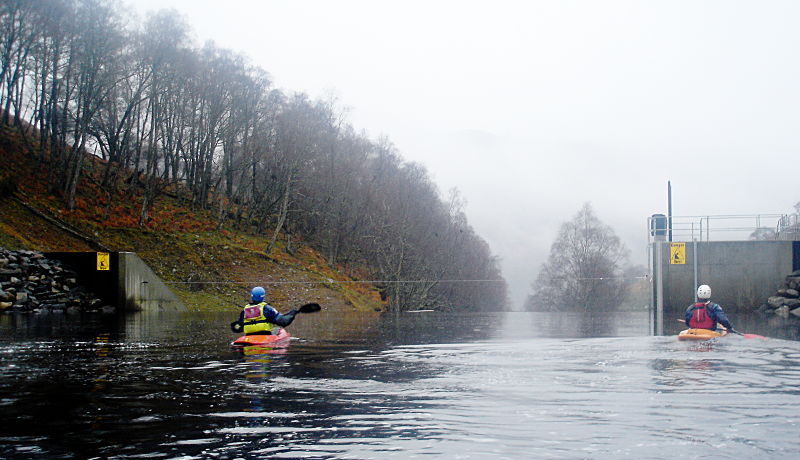 New concrete weir looms eerily out of the mist

This is more of a pool-drop river with feasible portages on the bits the guide has as grade 4 or even 5. Not all of these were spotted early enough to prevent a few incidents involving backwards, sideways and even inverted descents. Simon's boat spent some time pinned on one drop, and when loosened, continued to circulate in the stopper for a while. 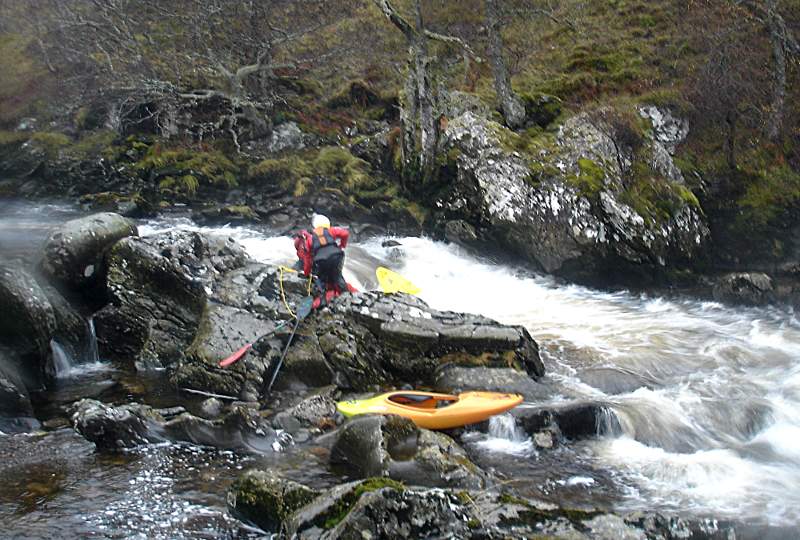 Simon's boat just out of reach in the Fechlin

Running drops blind as first man in a tiny playboat isn't always a good idea, as Stuart demonstrated by becoming briefly airborne whilst everyone else paddled frantically for breakouts before the drop. That one would probably be a bit easier with more water. Overall, with boulder gardens and numerous drops, this river held its interest all the way to the bottom, and seemed much longer than its guidebook length, though there was rather a lot of getting out of boats in the cold weather. 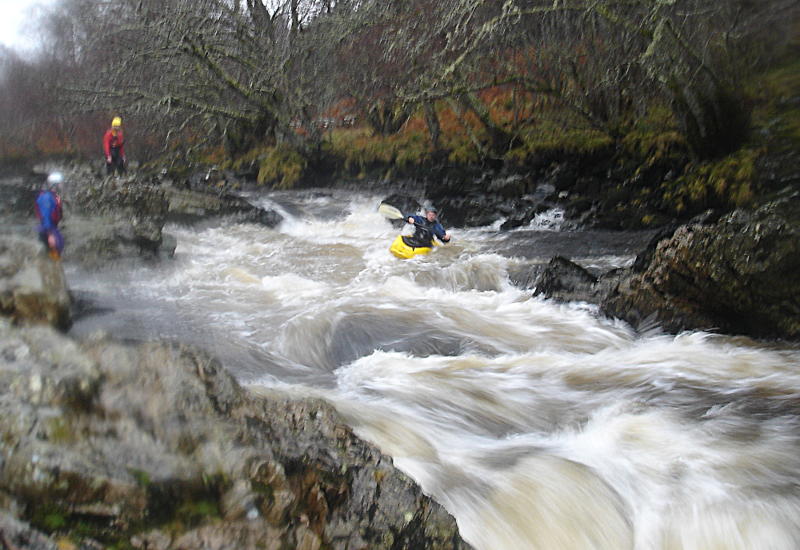 A few portages tended to warm us up and there were fewer swims than the previous day, partly aided by the amount of walking :-) Daylight was , if anything, even poorer than the previous day, and foggy in places too, so many of the photos have very slow shutter sppeds (down to 1/6 second, hand-held, so apologies that not all are pin-point sharp:) All too soon the water flattened out and we took out above the huge vertical weir which marks the point where almost all the flow is taken away for hydro-power. Perhaps this was as well, as the daylight had almost gone and it proved to be a long drive home. Inverness probably wasn't shorter than going back via Spean Bridge ...