The Lancaster Canal had been in our programme for the last three years and this year we had enough paddlers to make it a day trip. The forecast wasn't great and so on 12th May it was with grim determination that four of us headed towards Galgate. There's a Craft Centre where we met up for coffee. It just happens to back onto the canal, they wouldn’t let us leave cars there but did direct us to a very good spot to get in, next to bridge 89.

Johnny had decided it wouldn't be ideal conditions for two small children and so we had decided to paddle a bit further than originally planned and had dropped Ann's car midway between Bolton-le-Sands and Carnforth where there's a large layby near to bridge 126. 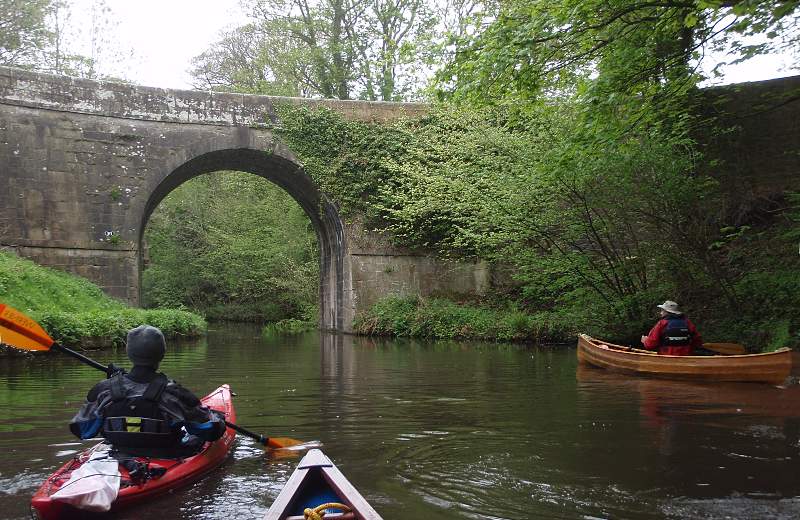 We paddled north from Galgate for half an hour in pretty countryside and light rain then as we entered Lancaster there were some nice houses with immaculate lawns and we made mental notes for possible camping on future trips! It rained a bit harder as we passed through the centre of the city and we managed to resist the pub even though the door was just a paddle length away.

Jeff spotted some large conifer trees which would give us shelter for lunch so we could fuel up before we would cross the aqueduct. Some geese paraded themselves on the parapet but it's so wide that you might not notice you are way up in the air crossing the River Lune. Just a short way further up the canal we were among a group of swans, one with ten cygnets in tight formation. 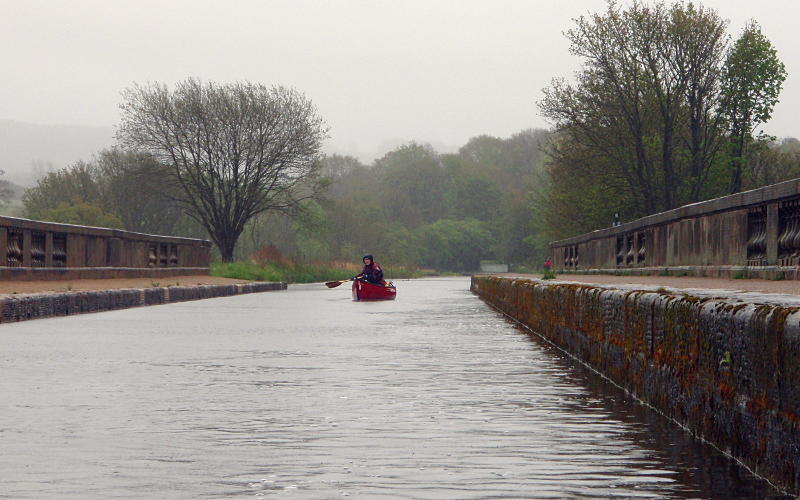 To our left the coast was now approaching and we managed a few glimpses as the cloud thinned here and there. The canal has no locks for all of its navigable 42 miles and so winds its way around and sometimes cuts through the gentle hills. Mostly it sticks to the same contour allowing great views but on this occasion the weather just became cloudier and wetter and bridge 126 seemed to take an age to arrive.

On a good day the five hour paddle would have been superb. It really wasn't too bad although we did have to bail the rainwater out every half-hour or so. Three of us paddled solo open canoes and Jeff was in a touring kayak, he was OK with the pace but tandem speed would have been better I think.

Thanks to Ann, Gareth and Jeff, still some of the canal left for to paddle but at least we got there this time!