Fallback to the Lune

The trip was in the programme as any of several exciting rivers that need lots of water to run (the Rawthey or Duddon in particular). But levels were on the low side of medium and there was just a smidgin of rain forecast, mainly in the west, so we looked at the gauges, ruled out the Kent as having been done recently (and in the programme again in a couple of weeks) and chose the Lune as our fallback trip. There was some degree of panic as we drove over the A66 and looked left to see the Greta flowing quite full, high up on the moors. It had been quite mild when we got up – had snowmelt brought things up a lot more than we’d hoped for ? 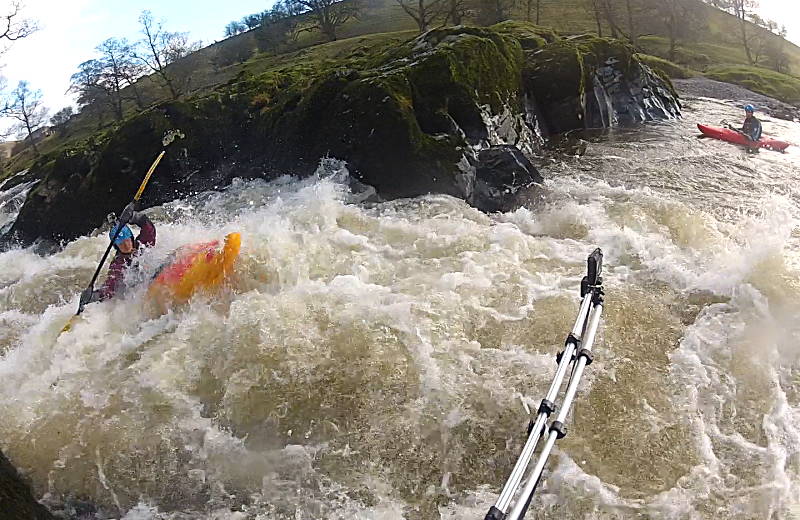 Videoing on the Strid

In fact, it turned out warmer than we’d expected, much less windy, and mostly sunny too, so five of us (Andy, Mary, Ann, Alex and Crayston) had a pleasantly easy trip with a fair bit of video shot. 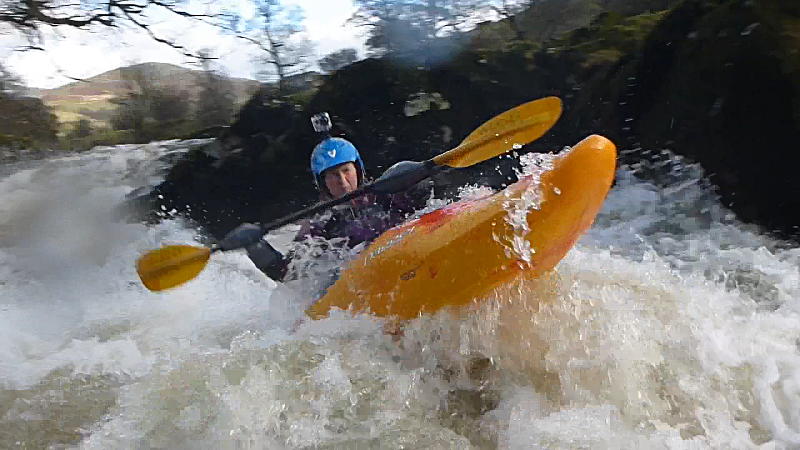 Mary managed to get some footage from her headcam for the first time, whilst Andy bagged loads, as usual. Both of us used the compacts to get bank footage at the Strid – Andy couldn’t rig up a paddle-mount in a hurry in the morning, but the tripod got his camera a reasonable distance out over the water, while Mary took her bank footage from the left bank. 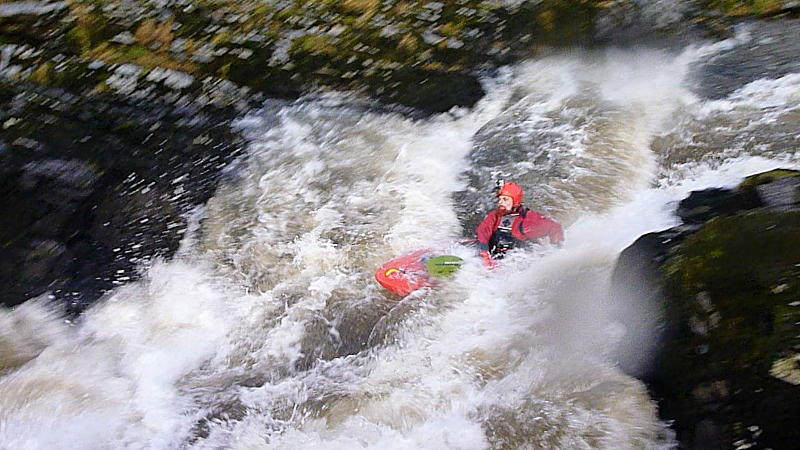 Andy on the Strid

No-one capsized, everyone had fun, and we were even home in daylight, which is pretty good for mid-December ! And the high levels we’d seen on the way across ? Yes, the Tees Greta had been at a nice chunky level and would have been a good trip but, much more annoyingly, the Rawthey had also come up and would almost certainly have run with the snowmelt coming off the back of Wildboar Fell – it’s much harder to judge how much rivers will come up from snow melting on hills you have no information about….