The middle section of the River Wear is a fine, varied, and relatively continuous whitewater run at grade 3, and with a club member living right at the take-out where he can reccy the level, tends to be one of our favourites for a short notice trip when it rains. Like the section upstream, it rises and falls quickly, but as this runs with less water, it does tend to be easier to catch, with more chance of a run in a summer storm. For an alternative view, see also the guide on UKRGB.

Gauge: there used to be a handy gauge at the ford at Stanhope, but this gets washed away sometimes. It was back in December 2010 (and has certainly been seen more recently than that). However, when the system is working, the Environment Agency provide a page online showing the level at the gauging weir upstream of Stanhope which is just above the put-in for this run. The level needs to be above about 1 foot at the ford, which seems to be about 0.6 m at the EA gauge. I think above three feet at the ford is getting big - a weir near Wolsingham will have a very nasty stopper at this level (so that would be anything over 1.2m on the gauge). 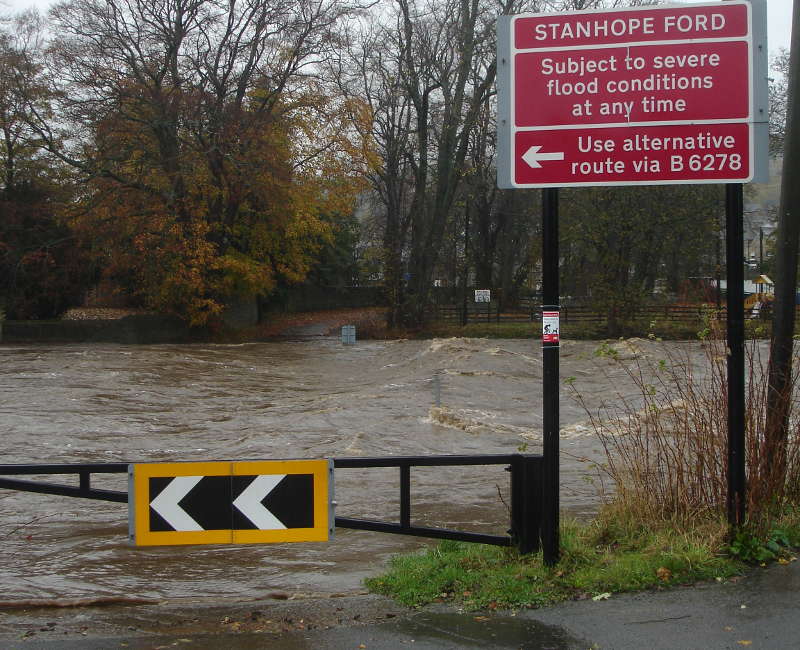 The ford at Stanhope after a retreat from the river in rapidly rising flood.
The grey post in the centre of the shot used to carry a gauge - it has been replaced since this photo.

The put-in is from the road either side of Stanhope ford, but easiest river right just upstream, where there is roadside parking (that's maybe 50m left of the photo above). Normally the stepping stones and ford provide a bit of a wave to warm up on. At the level seen above, the wave is still there, but it wasn't really playable - it was rather lower when we put on, but one really wanted to concentrate on what was downstream ! Shingle rapids lead on down, usually with the best water on the right. Very shortly, a green footbridge appears, which typically has a very good playwave under it, with excellent eddy service from river right (again, in flood levels, one is more worried about limited headroom, and the wave is washed out). 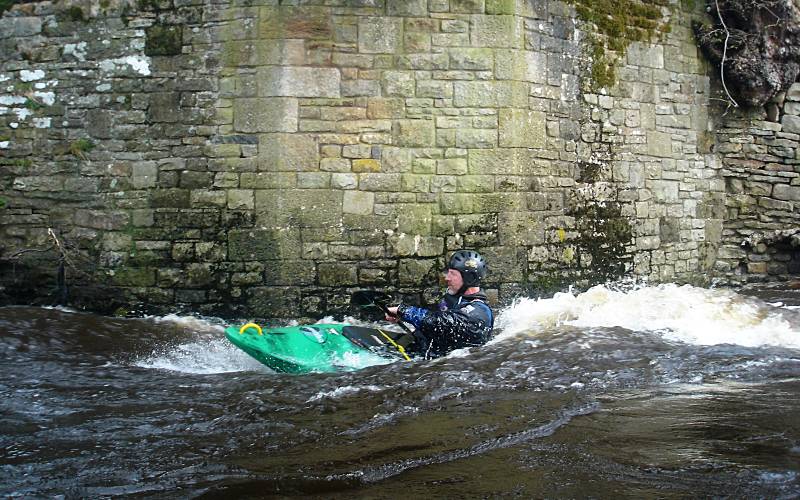 The photo above below shows this wave at a typical enjoyable level, the one below shows it after we got off in flood (a few minutes before the above photo at the ford). 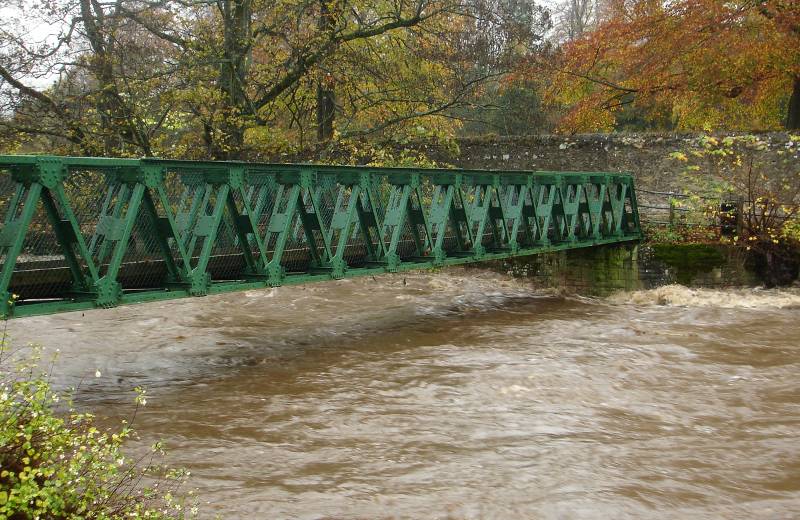 On 5th December 2015, this bridge disappeared altogether in big floods - a little over 2.6m on the above mentioned gauge (which was nowhere near the record level of 3.7m).